Vitamin D for the soul 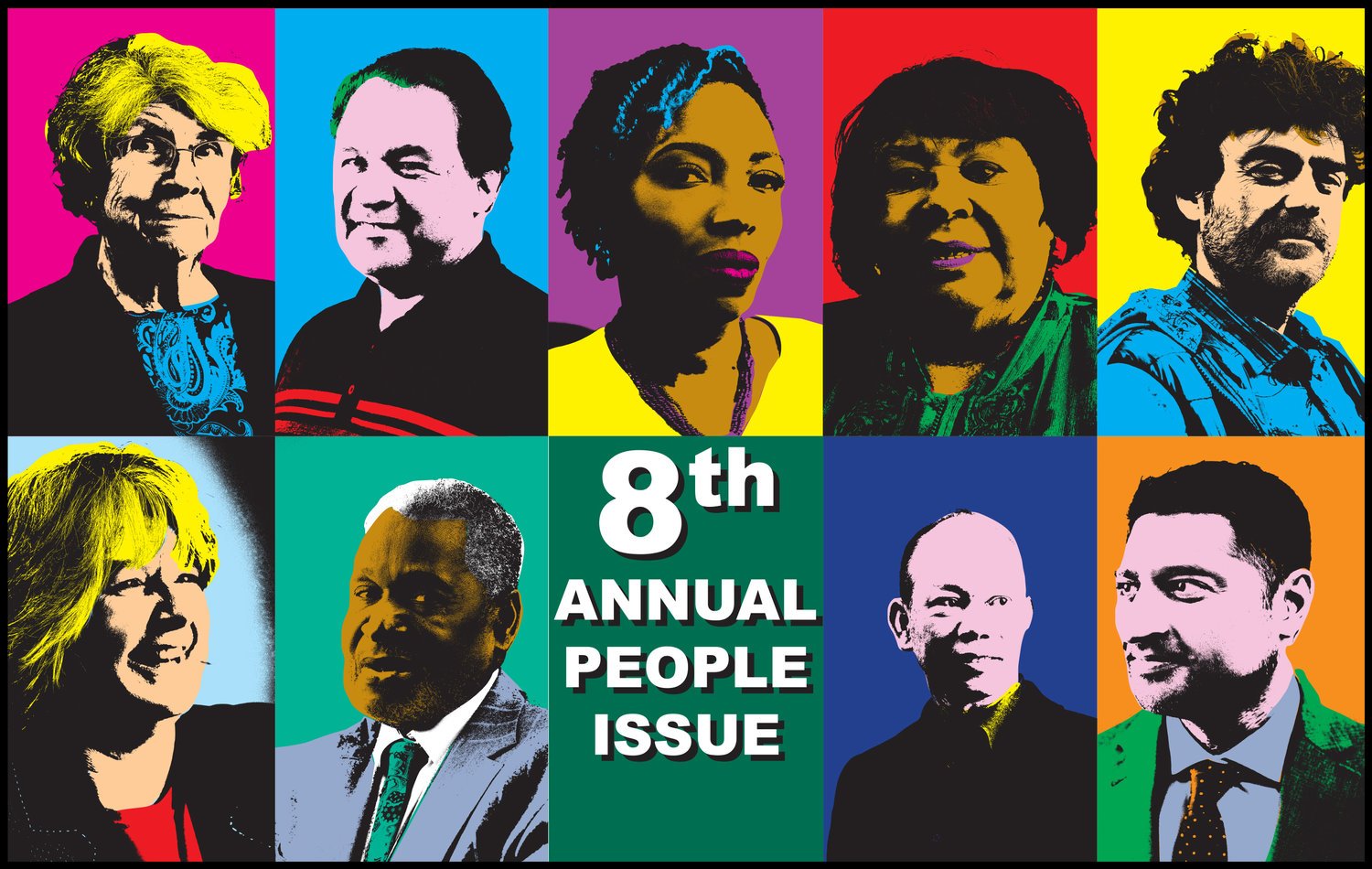 Just when sunshine, chlorophyll and the juices of life are in shortest supply, feast your eyes on City Pulse’s 2023 People Issue, an inspiring and diverse bouquet of humanity to warm gray January days.

This is not a “most influential” or a “most anything” list. We hear plenty from personalities, influencers and spotlight hoggers.

Commit a crime, have an accident, get sucked into a scandal, and the phone will ring. Announce a major project, cut a ribbon in front of a shiny new building, and cameras will click.

That’s all a part of life, but not the meat of it. Treat another sick patient, hem another pair of pants, help another troubled young person, weave another thread into our community — live your life the best you can — and who notices?

This particular group emerged from a collective impulse to find several interesting people who soldier on quietly, more or less, in various sections of life’s orchestra, and to shine a light on their lives and faces. A brief Q&A in City Pulse isn’t exactly the royal treatment they — and so many others — truly deserve, but it gets pretty close, especially when you factor in the portrait artistry of our longtime People Issue collaborator, master photographer Khalid Ibrahim of Eat Pomegranate Photography.

Sein Paul Benavides talks about the diversity of Lansing’s Latino and Hispanic communities and the multifarious activities of the Cafecito Caliente Group, including its most recent project, buying and running the Arctic Corner ice cream shop in Old Town. Farhan Bhatti traces his path from young medical student to still-young medical director of a Lansing clinic with thousands of patients.

Barbara Roberts Mason hits some highlights of a long and distinguished career as a civic leader, from her work as a speech therapist to founding the Black Child and Family Institute (now the Building Child and Family Initiatives) and becoming a member of the state’s Board of Education in 1974, the first Black woman to be elected to statewide office.

Sonny Truong, a tailor who came to Lansing from Vietnam in 1995, tells us about the quiet rewards of sewing clothing, and the occasional sofa, for his diverse clientele.

Elizabeth Homer looks back on the not-so-distant, bruising era when women’s rights were hooted down at the state Democratic Convention (in 1968, not 1868) and the fight to establish Title IX was just getting started.

Eugene Cain, the great-grandson of a former slave, gives a long view on social progress (and regress) going back to his early years, growing up in Alabama, to his years as deputy superintendent of the state Board of Education and first administrator of the Shabazz Academy.

Octavio Mãs-Arocas, Spanish-born director of orchestras at Michigan State and music director of the Marquette Symphony, tells us what it’s like to bring music to the Upper Peninsula and soak up appreciation in unlikely places like the top of Sugarloaf Mountain near Marquette.

Christine Terpening talks about coming out as a lesbian, as an adult woman in a straight marriage with three adult kids, in rural Vermontville and starting a support group for rural LGBTQ youth.

Hope Lovell, chair of the Ingham County Health Centers Board, talks how her religious faith helped her take on rehabilitation cases she never thought she could handle.

They all have stories, and they all look positively smashing in the creative hands of Khalid Ibrahim.

Editor’s note: Khalid Ibrahim’s photos have brought out the warmth and beauty of all of the 64 individuals featured in the first seven annual People issues, as listed below, and those nine we add this year. For the first time, Ibrahim has also laid out the following pages. For more on Ibrahim, see www.eatpomegranate.com.
If you have a suggestion for next year’s People Issue, please email me at publisher@lansingcitypulse.com or drop me a note at 1905 E. Michigan Ave., Lansing, MI 48912.

Sonny Truong, 51, originally from Vietnam, is the owner of Unique Tailor and Cleaners

Barbara Roberts Mason, 82, graduated from Michigan State University in 1963 as a speech therapist

Octavio Más-Arocas, born in Buñol Spain, is the director of orchestras at MSU

Elizabeth Homer, 80, of Lansing, dedicated her career to working for equality for women

Eugene Cain, 79, a descendant of slaves, is a retired deputy superintendent of the Michigan Education Department

Lansing Board of Education candidates differ on issues