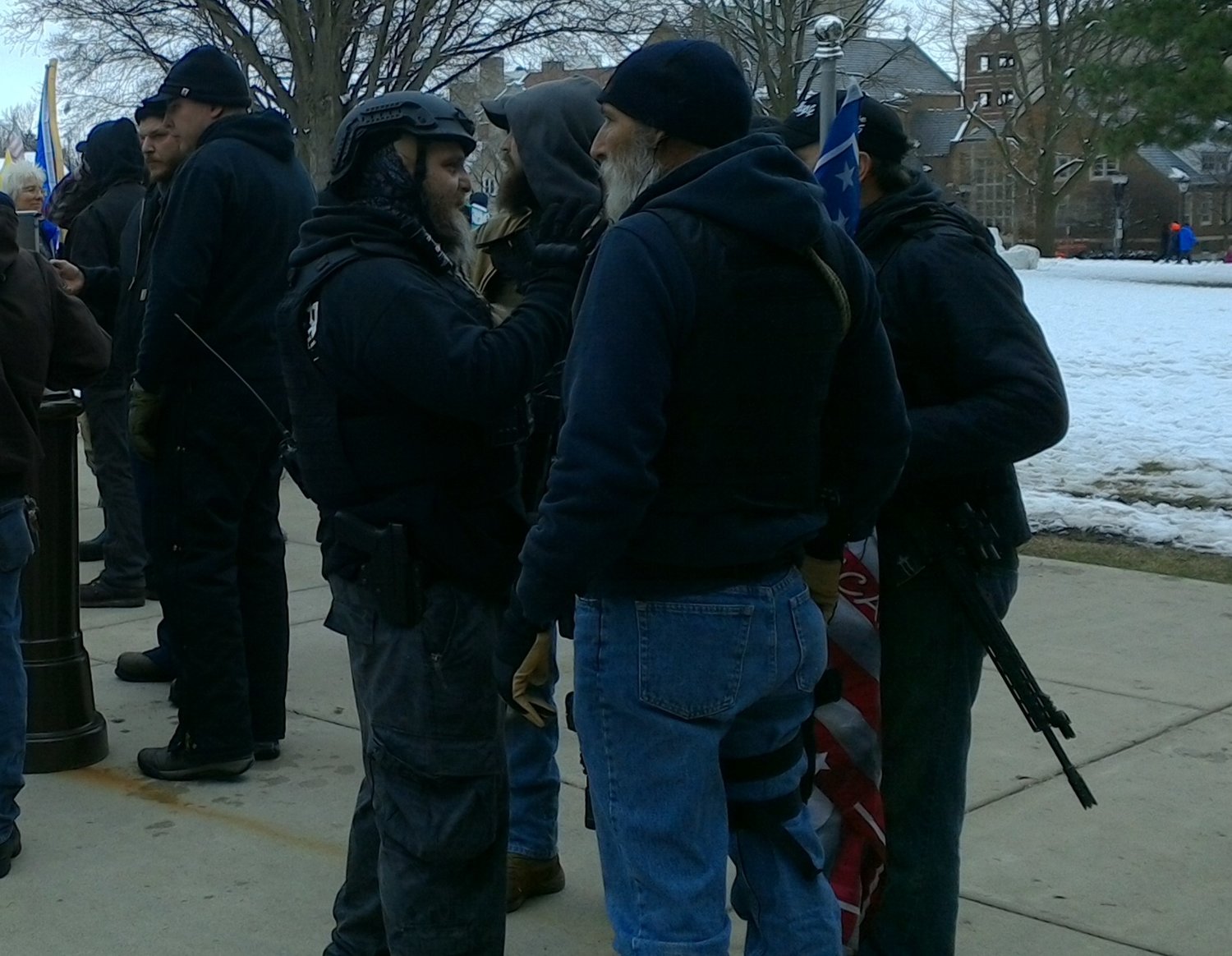 WEDNESDAY, Jan. 6 — Phil Robinson, leader of the Michigan Liberty Militia, said today at a pro-Trump rally at the Michigan State Capitol that the men accused in a plot to kidnap and kill Gov. Gretchen Whitmer are “not guilty" and that the "truth" will be revealed.

“All I can say about that is that they are not guilty. I know them guys personally and that’s not the case,” Robinson said amid a rally of about 700 people at the State Capitol building this afternoon. “It will all get played out in court and we’ll all find out the truth.”

Thirteen men were charged in either state or federal court in October on allegations they planned to kidnap Whitmer and put her on trial for treason. Plans also reportedly included an execution as punishment for Whitmer’s actions to mitigate the pandemic. Another plot involved blowing up the State Capitol building.

The criminal investigation brought federal terrorism and conspiracy charges against six men last October. A grand jury returned a conspiracy kidnapping indictment against them in December. Several others — including Paul Bellar and Michael and William Null — also face state charges including threats and material support of terrorism, felony firearm possession and gang-related charges.

City Pulse originally reported on Robinson’s ties to the Nulls and Bellar in October. Due to a social media purge of militia-associated individuals, Robinson did not receive and would not have been able to respond to Facebook messages from City Pulse. He said today that there has not been a falling out between him and any alleged conspirators, affectionately calling them his “brothers.”

A court order prevents the accused plotters from contacting other militia members. As a result, Robinson said he hasn't spoken to them since the charges were filed. Still, he believes they did nothing wrong. He compared the case to a 2010 incident involving the  Hutaree Militia, a Christian group which allegedly plotted to kill a police officer and assault a funeral procession.

Those federal charges were ultimately dismissed under First Amendment grounds.

“All you gotta know is in 2010 they tried the same bullshit with a militia group here in Michigan,” Robinson added. “And they all got the charges dropped. Because it was all talk. We have a right to talk.”

This report is a product of a partnership between Michigan Advance and City Pulse.