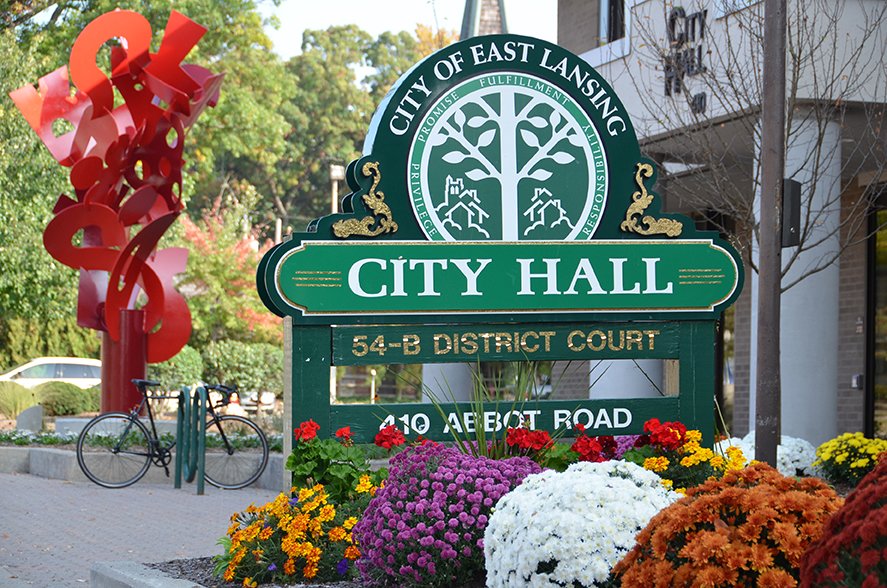 WEDNESDAY, April 1 — East Lansing Mayor Ruth Beier is urging the East Lansing Police Department to rethink its approach to traffic enforcement after recent data showed that officers had disproportionately stopped black drivers in the city over the last two months.

“No matter how impartial we think we are, the data shows that we over-stop African Americans, which is not acceptable,” Beier said in a press release sent out this morning.

At the request of the City Council, the Police Department started gathering race data on officer-initiated contacts in February — including any enforcement taken by officers at their discretion, including all traffic stops. It does not include 911 calls for assistance.

City officials are looking to make adjustments after the latest data showed that black drivers accounted for about 20% of all contact with local cops while making up just about 8% of the city’s total population, according to data released by city officials earlier this morning.

White drivers, by comparison, accounted for about 62% of traffic stops in the last two months, despite accounting for about 75% of the city’s population, according to the U.S. Census data.

“We are committed to making these changes and any other changes needed to make sure that everyone feels safe and welcome in the City of East Lansing,” Beier said.

Today’s statistical reports follow an announcement from the city last month that an officer is under investigation for excessive force. The Michigan State Police, according to city officials, are still actively probing into the alleged violent misconduct of Officer Andrew Stephenson.

Stephenson was placed on paid leave last month after he was accused of using overly aggressive techniques during an arrest in December. Officials have refused to release any details about the incident; It’s also the second time that Stephenson has been accused of brutalizing a suspect.

Stephenson was cleared of wrongdoing from another arrest in February that had left a black suspect with several abrasions to his forehead. The violence was “justified,” officials said. The latest incident was apparently severe enough to warrant him being placed on leave.

Beier said the City Council, which has yet to schedule a meeting amid the COVID-19 pandemic, is expected to discuss “steps to promote fair and impartial policing” in response.

This will include an independent “Police Oversight Commission” to analyze more data.

In the meantime, Interim Police Chief Steve Gonzalez said he will continue to release new statistical data every month to the public and require all sworn personnel to visit the Jim Crow Museum of Racist Memorabilia at Ferris State University sometime before the end of the year.

Officers will also attend “fair and impartial” training this summer and at least 18 ELPD employees will travel to various conferences on diversity and cultural competency this year.

Over 17 years of reporting similar findings on traffic stops, the Lansing Police Department has never recognized a problem with racial profiling in the capital city — even while statistics have often shown a higher proportion of minority drivers stopped and searched nearly every year.

“There is no clear evidence that would suggest systematic problems with when, how and against whom LPD officers enforce traffic laws. Likewise, there is no evidence that officers are systematically using traffic stops as a pretext for biased policing practices,” the report reads.

Reports released last year, for example, show that of those that came in contact with the LPD in 2017, 34% were black, compared to 24% of the city population, according to the 2010 U.S. Census. Whiter drivers accounted for 49% of traffic stops despite representing 61% of the city.

And about 10% of stops listed the race of the driver as “not apparent,” records showed.

Also, black drivers in Lansing were involved in about 54% of all searches (and with 56% of discovered contraband) conducted by LPD in 2017, compared to just 34% for white drivers. East Lansing Police Department is not publicly releasing data on searches and seizures.

Additionally, about 35% of those traffic stops involved those between the ages of 20 and 29.

LPD officials have suggested that although searches are disproportionately involving black suspects in Lansing, it is “improbable” that driver demographics will match the population anyway. And those searches all have “clear justification” and are often tied to another crime.

Still, LPD continues “to see no pattrn of problematic behavior of LPD officers — notably, no evidence of ‘racial profiling’ — emerging from these (sic) data,” according to the latest report.

City Pulse also needs your support now more than ever. Advertising — almost all our revenue —has fallen sharply because of closures due to the coronavirus. Our staff is working seven days a week to help keep you informed. Please do what you can at this time to contribute to the City Pulse Fund. All donations are tax-deductible.