Lansing City Council members among those to get early vaccinations 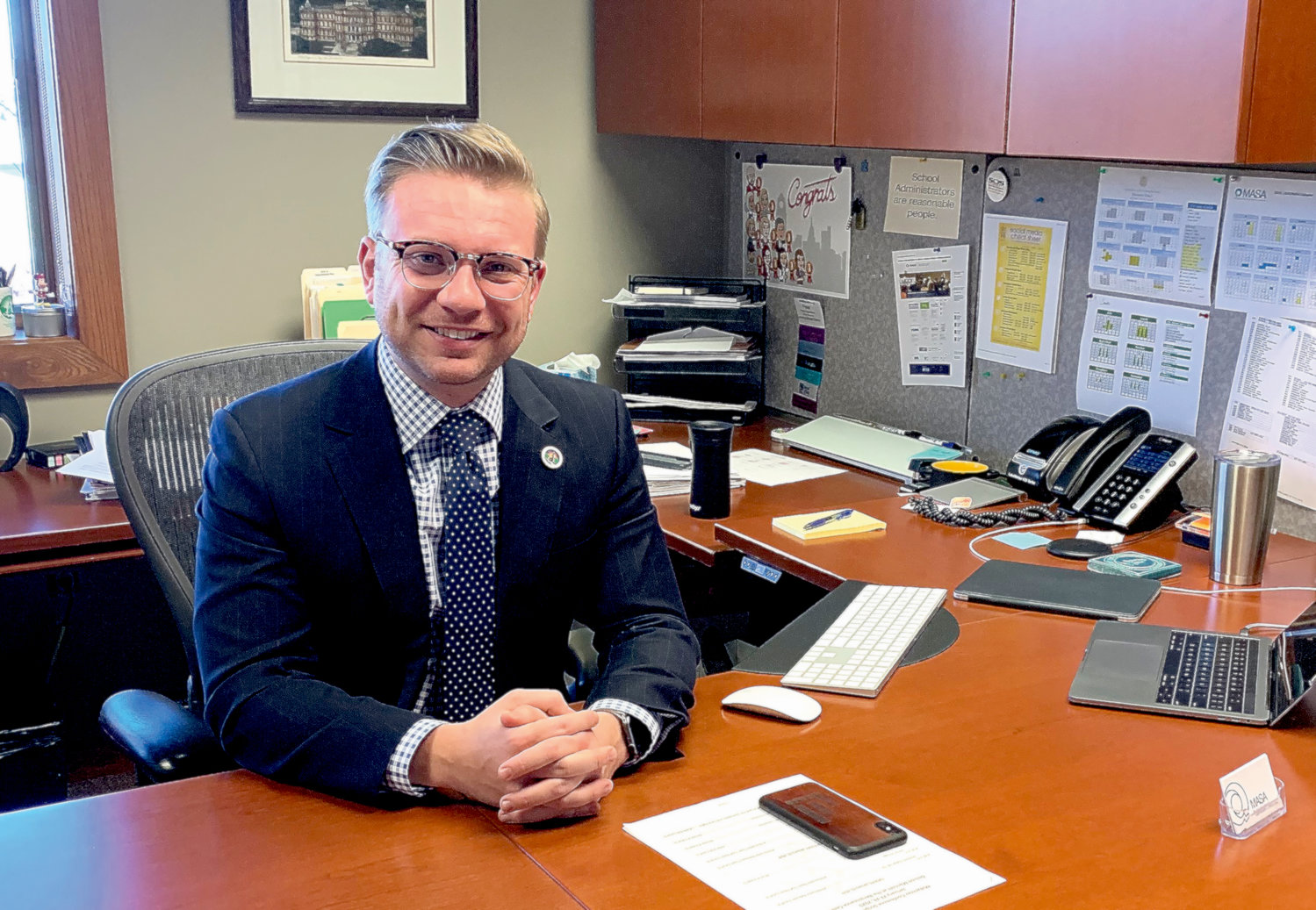 “I was called by a private healthcare provider who said they have shots that were going to waste,” Spadafore told City Pulse Friday. “In hindsight, knowing that I was identified as eligible erroneously, I would’ve declined it. At the time, I was under the impression I was eligible.”

Betz announced yesterday on Facebook that he also received the shot this month when he wasn't yet eligible to receive one.

Lansing Mayor Andy Schor and 199 other city employees accepted an invitation this month from Sparrow Health Systems to receive a coronavirus vaccine despite failing to meet eligibility criteria for the shot. Betz said he was part of that group. Spadafore said he later accepted an entirely separate invitation from a “private healthcare provider” that he declined to identify by name.

Meanwhile, five Council members — Kathie Dunbar, Jeremy Garza, Adam Hussain, Patricia Spitzley and Carol Wood — have said they did not take the shots. Councilman Brian Jackson is the only Council member not to respond to questions on what he did.

Dunbar told City Pulse Friday because of email probems she did not see Sparrow's invitation in time to take advantage of it — but that she would not have accepted anyway.

Spitzley posted on Facebook yesterday that she had received an emailed invitation on Jan. 13, a Wednesday, to receive the shot the followng Saturday. She said the email came from the city's Human Resources Department. In her Facebook announcement, she pointed that she not yet eligible under state and local guidelines.

She said she was "grateful some rank and file City of Lansing officials" were given the opportunity to inoculated. But she expressed disappointment more effort was not taken to distribute the vaccine to first-line responders and frontline workers.

Added Spitzley, who has said she plans to run for mayor this year: "This was a missed opportunity for the Mayor to be proactive and set a positive example and help address the vaccine hesitancy and distust that we knw is a very real issue in Lansing, particularly among black and brown residents and senior citizens," she wrote.

Tonight, in a reply to questions about when she saw the emailed invitation, Spitzley said she did not see it until it was too late to get a shot, so she asked the Council office manager, Sherrie Boak, if there would additional opportunities.

Earlier, Wood said she declined the shot and that she would wait her "turn." She also said, as the executive director of the senior citizens' service organization RSVP that "we would have moved heaven and earth" to secure those shots for seniors.

Hussain said he declined the shot offer from Sparrow. Hussain teaches in the Waverly school district, making him eligible for a shot.

Ingham County Health Officer Linda Vail labeled Sparrow’s invite-only pilot program a “mistake,” noting that none of the 200 employees were properly classified as Priority 1B individuals — like essential frontline workers or those over 75 — as prioritized by state and federal health officials.

Schor said those early doses were available on an unsolicited “use it or lose it” basis and that they would’ve gone wasted unless they were administered within hours of receiving the invitation from Sparrow. In hindsight, he should have helped seek out senior citizens and other at-risk populations who had been waiting in line for the shot, Schor told 1320 WILS Friday.

And Spadafore offered similar remarks yesterday, telling City Pulse that he also received early access to the vaccine this month — though through yet another time-sensitive invitation that had he said had no relation to his leadership role with the city, he explained.

“I was told the vaccine was going to go to waste,” Spadafore added. “That’s the big part.”

"I am going to let the people judge for themselves on whether that was the right or wrong thing to do," Betz wrote.

Sparrow and McLaren Greater Lansing are the only private providers in Lansing with access to doses of the COVID-19 vaccine. The Ingham County Health Department is also offering shots. Neither Sparrow nor McLaren responded to several questions about distribution irregularities from City Pulse.

Prior to receiving the vaccine, both healthcare providers signed a “provider agreement” with the CDC that spells out an obligation to administer doses “in accordance with all requirements and recommendations” of the CDC — including the prioritization schedule. It also notes that federal funding will be withheld to any organization that fails to comply with those priority guidelines.

“I can’t speak to what they’re doing at all,” Vail said. “I don’t know what they're doing or how they’re handling their strategy, but it’s imperative that we all stick to guidance on vaccine priorities for these groups. Usually, these doses are easy to manage.”

Like 45-year-old Schor, Spadafore, 35, is decades from senior status under current vaccine distribution guidelines. In Ingham County, the focus is specifically on those over age 70 because of the high mortality rate in that age group. Shots for those over 65 only just started this week.

Spadafore denied that he had received a vaccine before calling back to correct his statement.

Vail said more than 40,000 eligible Ingham County residents were still waiting in line for their appointments while the supply of vaccines continues to inch closer to meeting the demand. And she said she doesn’t have much insight on why top city officials have been able to cut the line.

“There are only three entities that have it: the Health Department, Sparrow and McLaren,” Vail explained. “I can’t speak to them, but we’ve managed to stay entirely within these guidelines.”

Vail clarified today that although she "cannot guarantee" that some vaccines administered through the Ingham County Health Department also could've made their way to people who weren't necessarily eligible to receive them, multiple "checks and balances" are in place to prevent that from occuring. The Health Department is "diligent about the guidelines," she explained.

Spadafore and Schor both explained that the clock was ticking on their vaccine invitations. Vail said that cold-storage Pfizer doses must be used within five days once refrigerated and within seven hours once they reach room temperature. And the Ingham County Health Department — unlike Sparrow and possibly McLaren — has hasn't had issues matching eligible patients to shots.

"We are confident in our community partners and their commitment to the state's prioritization going forward," Vail added.

A Sparrow spokesman, John Foren, has said the hospital only gave shots to a “limited number” of Priority 1B individuals to “ensure our process was sound” before broader distribution began on Jan. 19. He didn’t respond to additional questions about apparent distribution irregularities. Messages left with McLaren today were also not returned for this story.

Neither Schor or Spadafore made any public announcement of their vaccinations. Those shots are otherwise only available for emergency first responders — like healthcare personnel, firefighters, ambulance crews and police officers — people 65 and older and “essential employees” who had unique high exposures, such as teachers and grocery store staff.

Spadafore posted to Facebook less than an hour after this story initially published: "The information I had indicated I was eligible, and the choice was allowing a dose to go to waste or stepping up and getting vaccinated. I opted to receive the vaccine."

Sparrow officials told the Lansing State Journal that the hospital system is doing its best to prioritize people who are actually eligible for the vaccine, which reports vaccinating more than 22,000 people since December. It’s unclear how many of those people fit priority guidelines.

Regardless, there also appears to be no real oversight — and no consequences — from the state to ensure that healthcare providers bother to stay in line with the current prioritization schedule. A Department of Health and Human Services spokeswoman, Lynn Sutfin, explained:

“We do not want providers to waste vaccines and would rather they provide vaccines to someone outside of the prioritization groups as opposed to throwing it out if it comes down to it,” Sutfin said in a statement, refusing to answer questions. “No shot in the arm is ever wasted as getting this vaccine is our way out of the pandemic and returning to some sense of normalcy.”

Betz added: "Beginning next week, after I receive the second dose of the vaccine, and now taking that step to protect myself and others, I will begin the process of knocing on my constituent's doors to discuss the things that they need to see in our economic recovery." Even after a vaccine, CDC guidelines call for continued social distance, including "staying at least 6 feet away from others."