What do we know about Lansing’s new Councilman? Not a lot. 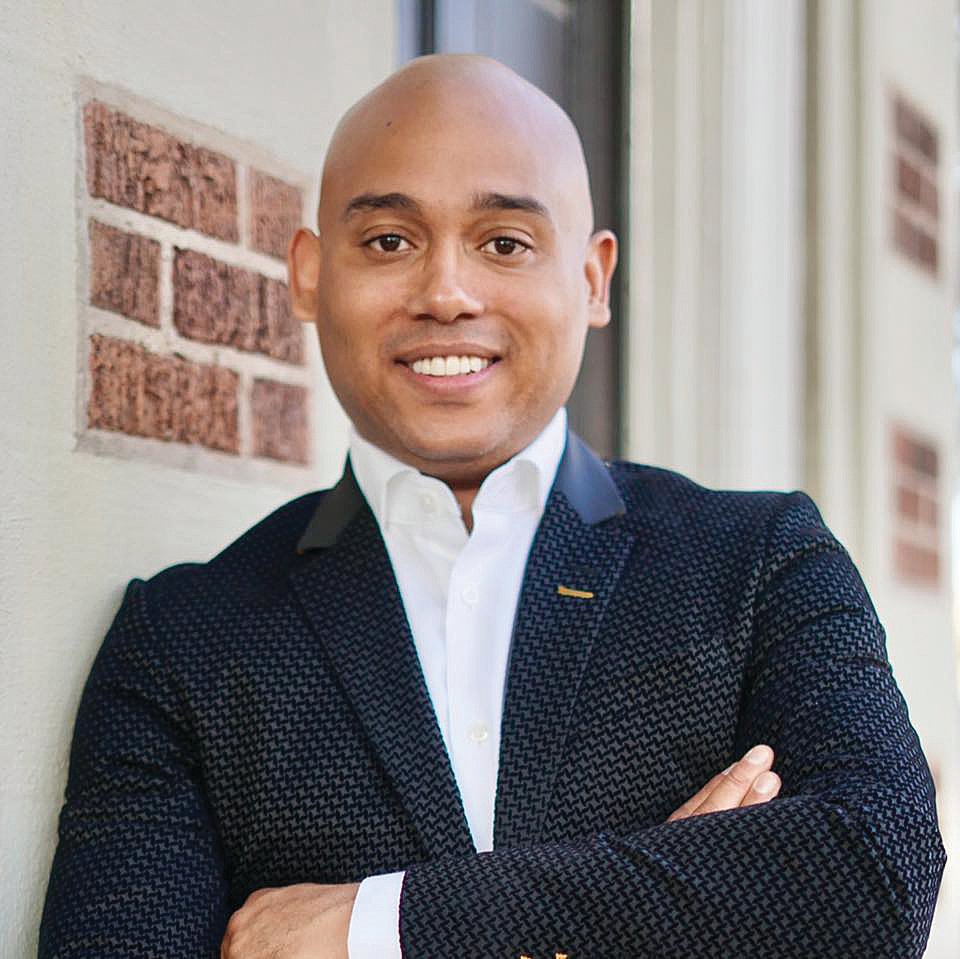 Jeffrey Brown takes office as a new at-large member of the Lansing City Councilman on Jan. 1. He was elected even though many specifics about his background stayed private — and they remain that way. Efforts to find out more about him have been hindered by Brown himself, who hasn’t returned calls from City Pulse since before Election Day. What is on the record is his connection to several unsuccessful home healthcare businesses and that he filed for bankruptcy in 2015, apparently costing employees tens of thousands of dollars in income.

Here’s just about everything we know (or don’t know) about Lansing’s new Councilman.

Nobody seems to know what Brown does for a living.

In campaign materials, Brown, 37, repeatedly emphasized his appointed roles on the executive committee of the Ingham County Community Health Centers, as well as on the city of Lansing’s Human Relations and Community Services Advisory Board. He also touted service on the Institutional Advisory Board of Career Quest Learning Centers and on the board of the Capital Area Disability Network and the Uplift Our Youth Foundation. None of those are paid gigs.

Brown said he’s also a public speaker and author. The back of one book, which appears to have been self published, confidently describes him as a “savvy business man with a great vision that is rising to become one of the most dynamic and truly powerful speakers in the United States and abroad.”

Records from a 2015 bankruptcy showed he made a gross income of about $13,000 in 2013, $17,000 in 2014 and $30,000 in 2015. Inspire Care also operated as a home health agency that provided in-home personal care services and collected about $250,000 through about 85 separate checks from the Michigan Department of Health and Human Services’ Home Help program between September 2017 and last March. A MDHHS spokesman said Inspire Care closed as a home health agency last year — about the same time that Brown founded “Inspire Global.”

His LinkedIn page lists him as an “executive consultant and senior advisor” there, a position that he has supposedly has since 2009, though the company doesn’t appear to have any actual online presence or physical office. State licensing records also show that Inspire Global is registered to a residential address in another name.

Brown’s LinkedIn page only describes the business as a “private consultancy” that specializes in “strategic management: developing, planning, and executing board of directors’ targets and/or owner-level decision making and vision. Building up leaders and refining their potential has become an underpinning result. Achieve 100% client satisfaction and implementation of goals.”

Additionally, Brown said he has bachelor’s, master’s and doctorate degrees in Ministry Christian Leadership from Kingdom University International Bible College — a Florida-based university that purports to offer all the online courses needed for a doctorate degree for as low as $5,400.

Brown, for his part, has repeatedly ignored the direct question: “What do you do for a living?”

Brown still owed wages when he filed bankruptcy in 2015.

With about a week until Election Day and most absentee ballots already mailed, FOX 47 News broke a key story about Brown’s background: Records showed that he was more than $190,000 in debt (which included $54,000 in unpaid staff wages) when he filed for bankruptcy in 2015.

Brown initially claimed that he “didn’t owe anybody any wages,” but later he told reporters that he had misspoken and that he regrets any issues that his bankruptcy had caused for his former staff.

Two years after the bankruptcy was finalized, Brown also borrowed more than $35,000 to buy a 2014 Cadillac CTS, which was repossessed after he fell behind on payments, FOX 47 News reported. Court records show that Brown still owes more than $20,000 to CASE Credit Union for that car.

“As far as him serving the city of Lansing, I would seriously question that,” Ed Hassenger, a former Inspirational Center staffer, told FOX 47 News. “He did not serve the people of our business.”

Brown ‘accidentally’ hung out with Trump Republicans in 2019.

Brown said he inadvertently attended (and was photographed at) a pro-Trump fundraiser alongside conservative spitfire Linda Lee Tarver in 2019. In response to several questions about his attendance, Brown insisted that he’s a Democrat who does not support Trump and has no “political relationship” with Tarver. They’re just church friends. And Brown only helped with “logistics.” Brown also said he didn’t realize it was a pro-Trump event until it had ended.

Brown rounded out the November election with about 2,000 fewer supporters than Councilman Peter Spadafore — who slid into his second term with about 9,300 votes. Second place was a tight race: Brown beat out challenger Claretta Duckett-Freeman with 7,307 votes to her 7,110 to fill a vacancy left by failed mayoral candidate Kathie Dunbar.

In response to a preelection questionnaire from City Pulse, Brown said he put in more work on the campaign trail than any other at-large candidate and laid out a fairly generic platform that included vague priorities like building stronger neighborhoods, supporting small businesses, creating more jobs and working to make local government more transparent and accessible.

That common-sense platform has since led to a wave of support from several members of the Council’s traditionalist bloc, including Carol Wood, Adam Hussain and former Councilwoman Jody Washington. Brown also secured key endorsements from the Lansing Regional Chamber of Commerce and several labor unions that represent cops, building trades, Realtors and more.

Regardless of Brown’s true political leanings, many Lansing insiders — including Councilman Brian Jackson — said they expect the Council to lean more conservative in Dunbar’s absence.