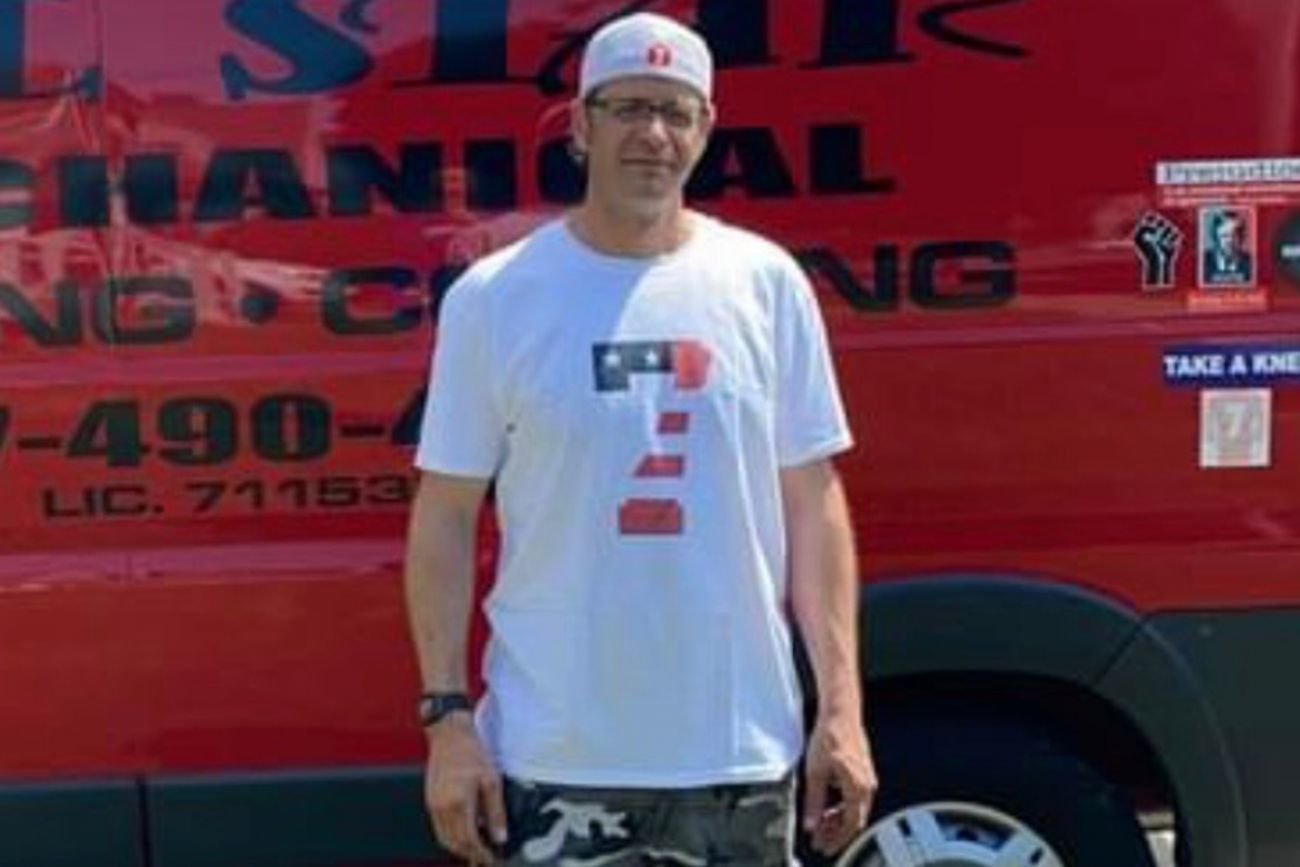 FRIDAY, July 8 —- In the seven years Larry Kirchoff has used his business’ social media to promote equity for oppressed people, particularly in the Black community, he’s never had a post go viral.

But on June 29, he ran an ad in the print edition of City Pulse. Within a few days, a photo of it exploded in the social media sphere, garnering hundreds of thousands of shares, likes and interactions on Twitter.

Kirchoff owns and operates All Star Mechanical, a Lansing heating and cooling service company. Unlike most small business owners, though, he doesn’t shy away from controversy for fear of offending someone. Instead, he frequently uses his ad to express his views, which are progressive.

It was not his goal, he said, to become a social media flash point.

“This is about what I can do to help others,” he said.

The ad, which reads “I can’t pretend everything is OK. Gun fetishes are being prioritized. Women are no longer in control of their own bodies. The earth is heating up, Black and Brown people are still being killed, brutalized or otherwise harassed. Honestly, at this point, who gives a shit about HVAC. But if you’re hot, give us a call.”

Someone in the Twitter world spotted the ad and tweeted it with the headline “All Star Mechanical more like No Fucks Mechanical.” 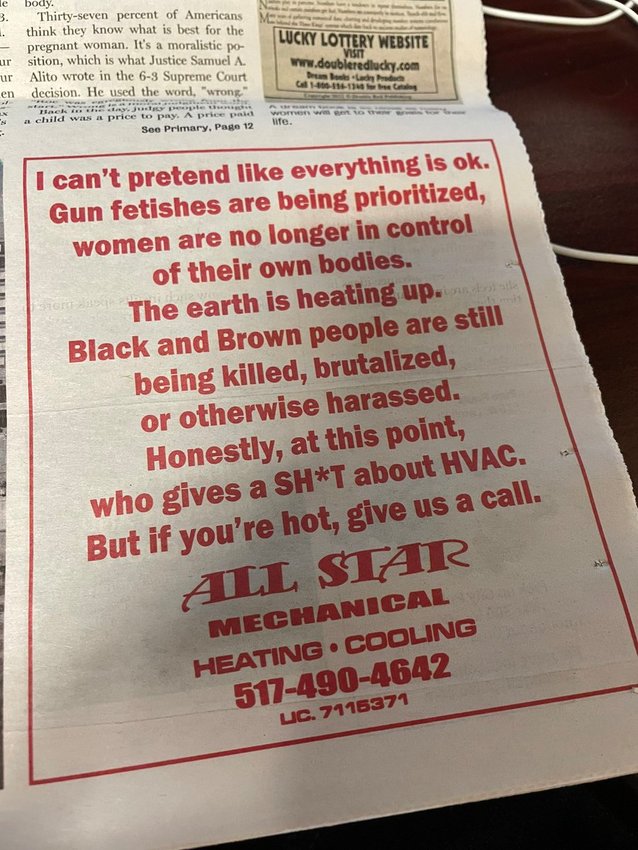 A photo of All Star Mechanical's June 29 City Pulse advertisement that has gone viral on social media.

Besides hitting the social media jackpot, both Bridge Magazine and the Detroit Metro Times have written about his one-man crusade to raise awareness about equity, focusing on this one ad and highlighting that his social media for the business has often been full of messages counteracting racism, sexism and homophobia.

He has advertised in City Pulse for years, including a full-page ad for the Juneteenth issue in which he made clear he did not want to see the holiday, celebrating the day the last slaves in American found out they were free, turned into a commercial venture to exploit communities of color.

It all grew out of watching football player Colin Kaepernick risking his career to kneel during the national anthem in protest of the shootings of mostly young men of color, Kirchoff, 51, said he felt he had an obligation to take the same risk.

“I’m sitting here with all this privilege, and he’s willing to take that risk?” He said he thought at the time. So he jumped on his social media and made a post. That evening, his wife told him to not mix politics and business anymore.

“I said OK,” and the two went to bed. But Kirchoff woke up the next morning burning with more desire to question the way our nation is treating people of color. His conscience would not allow him to stop the crusade on his platforms.

But the June 29 ad was another step altogether when it came to social media attention. Two different accounts have had a combined retweet of nearly 200,000. Numerous other accounts have also picked up the ad and pushed it out in their networks. While his phone has been ringing off the hook and his emails overflowing, he said the vast majority of feedback has been supportive of his stance.

Yet, he remains humble about the recent attention. “I mean I am glad the message is getting out there,” he said. “But I am not saying anything people of color haven’t been saying for years. Why did my words get out there over the voices of the people actually experiencing this?”

He admits he's a bit uncomfortable with how this has unfolded, but said it is not about building up his business. “This is about doing and saying what is right. I just hope it serves to elevate more voices of color for more conversation.”