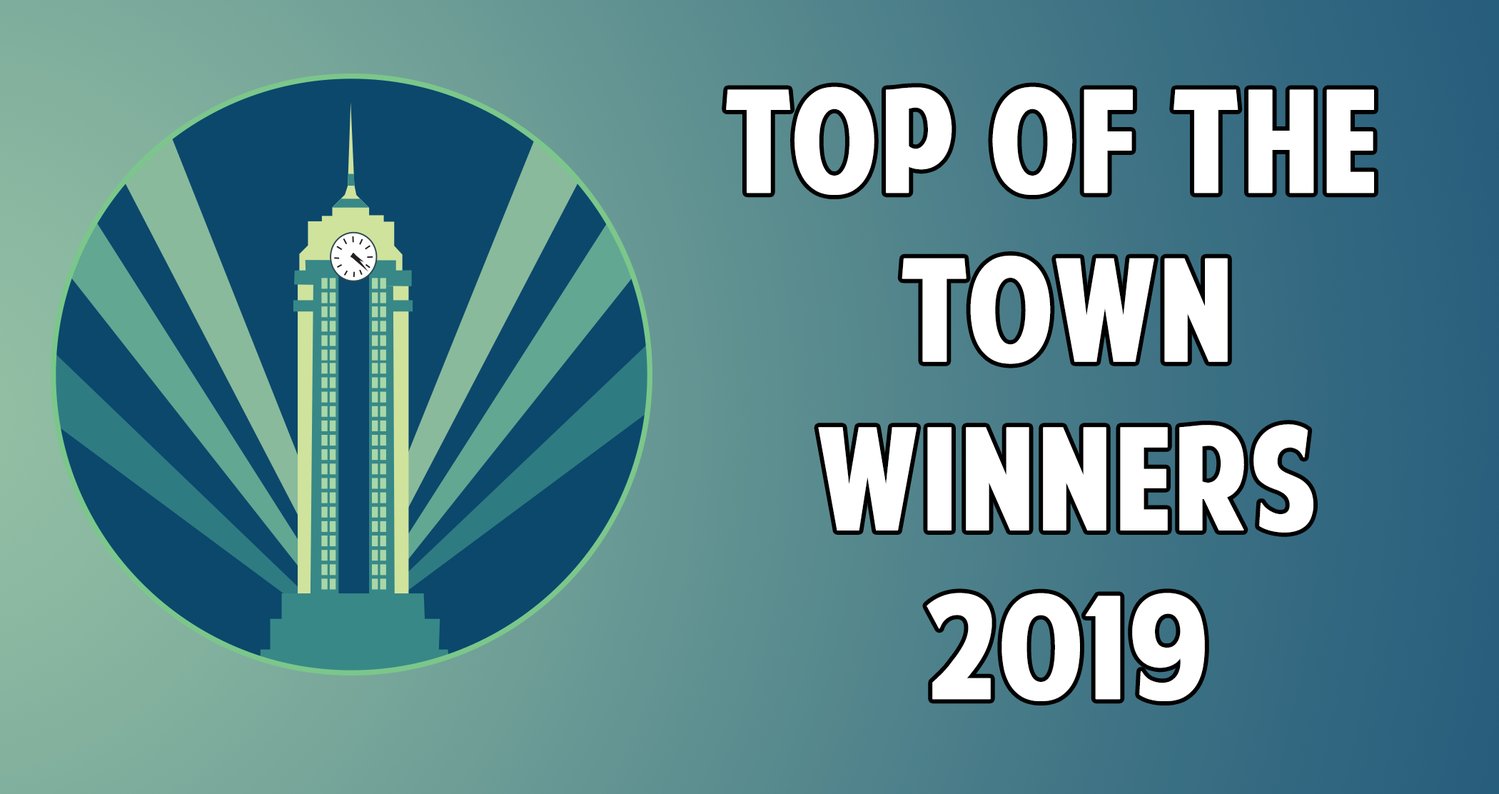 The tribe has spoken!

And we’re back. This year’s Top of the Town contest pulled in 143,912 votes for the top three, ranking some of the most popular, innovative businesses and people in the area. This friendly competition gives residents of the greater Lansing area a chance to show their favorite community hubs, personalities and local oddities the appreciation they deserve — with a few jabs at local politicians and eyesores along the way. With 239 categories, nearly 100 more than last year, there’s no time for formalities. Let’s get to the winners.

With more categories for people to pick from, the winners in this year’s contest reflect a wide range of services and reveal new details about longtime Top of the Town champs. For example, who knew Lansing’s signature Italian spot for decades also had the best ranch dressing in town? The new Best Bagel category shined a light on a small shop outside city limits that adds a psychedelic note to its baked goods. A few hidden treasures came to light in the categories of Best Classical Musician, Best Cemetery, Best Place to Play Video Games, Best Pottery Studio and Best Apartments, to name a few. New categories will be indicated on our expansive list of winners.

Year after year, Lansing remains loyal to its day-one grocery stores, food trucks, dry cleaners and many other older businesses. Horrocks cleaned house, with 122,659 votes nominating them in the top three across 15 categories. El Oasis returned to the top for Best Food Truck — one of the more competitive categories —with 158 more votes than the closest contender. Lansing also showed up to shower family owned businesses like Baryames Cleaners and Abood Law Firm with appreciation. Spiral Dance Bar lost its footing last year for Best Dance Bar, but returned to the throne with its reputation for Best Gay/Lesbian Bar intact. Another townie stalwart is DeLuca’s Pizzeria, which has been a contender in the top three for Best Italian, Best Family Restaurant and Best Pizza for three years. This year, they take the crown for all three.

While it’s important we honor those who came before us, this contest also strives to highlight up-and-coming trends, businesses and cultural players in Lansing. After two years of beating out international coffee chains, the east side’s Strange Matter took second to Blue Owl for Best Coffee Shop. Turns out people really give a hoot about low-key open mics and steampunk fixtures — and let’s not forget about the customized bike cart. Golden Harvest had a run for its title this year for Best Pancakes, with one point separating them from Sophia’s House of Pancakes in Grand Ledge. The most searing battle was arguably for Best Fast Food, where a locally owned gem rose to glory, defeating its contenders Chick-Fil-A and Culver’s by three votes. Those looking to get their worship on may already be aware of the friendly rivalry between St. Gerard and Riverview Church for Best Place of Worship. Similar to last year, it was neck and neck, the final decision made by a margin of three votes. The biggest landslide this year was no doubt Best Officer, where a member of the Bath Township Police Department cruised to the top with 2,387 more votes than second place and the runner-up combined.

Stateside Deli and Meat Southern BBQ appear to have stepped up their game this year, breaking up other contenders' winning streaks for Best Reuben and Best Nachos. Punk Taco brought el fuego ranking in Best Tacos, Best New Restaurant and Best Margarita. While our voters have a knack for irony, when it comes to Best Advocate and Best Politician, it’s nothing but respect. With 917 votes, readers seem to be pleased with Gov. Gretchen Whitmer as their new, fearless leader.

Now that we’ve established some trends and key destinations to look for during your Top of the Town journey, navigating our gigantic list of winners will come with ease. While you’re at it, take out a pen and start marking some new places and experiences to help you break from routine. Or have a debate with family and friends over the results.

The Avenue — Runner Up

The Cosmos — Runner Up

The Peanut Barrel — Runner Up

The Robin Theatre — Runner Up

Walk on River Trail — Runner Up

At Home — Runner Up

The Haven Smoke Shop — Runner Up

Shelby and Jake — Runner Up

Best Hip-Hop Artist/Group: Mr. Idgaf and the Back of the Class

MSU Department of Theatre — Runner Up

Portrait of a Dreamer — Runner Up

Sami Hutting (The Watershed) — Runner Up

Carl from Homegrown —Runner Up

Tunes by T — Runner Up

Best MSU President: None of Them

Best MSU Trustee: None of Them

All of Them — Second Place

Worst MSU President: All of Them

The Hive — Runner Up

Bartlett Plumbing and Heating — Runner Up

Sigh Studio of Music — Runner Up

Splash of Color — Runner Up

A Lovely Day — Runner Up

Weddings By Nicole — Runner Up

Everybody Reads — Runner Up

Once Upon a Child — Runner Up

Where The Wild Things Bloom — Runner Up

Speedway US 127 in DeWitt — Runner Up

Foods for Living — Runner Up

Saginaw Street near Frandor — Runner Up