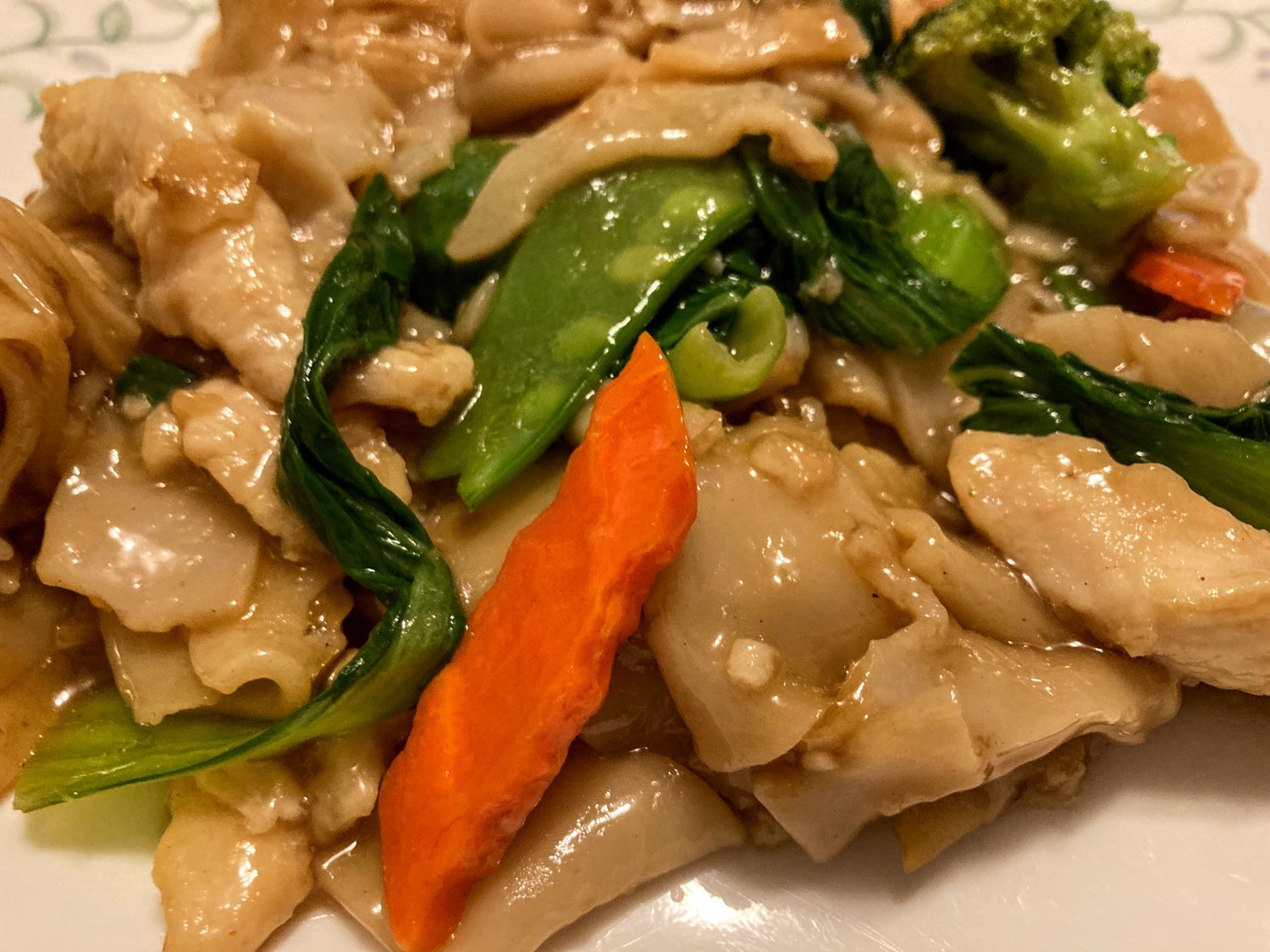 Downtown East Lansing is my personal nightmare. Having grown up wandering its relative quaintness, I find its new scale and congestion more than a little off-putting. Add to that my innate agoraphobic tendencies that found full flourish during the height of the pandemic, and you have my justification for having my order from Charlie Kang’s DoorDashed.

One of the few remaining familiar sights, Charlie Kang’s is actually familiar in name only, for they have fully renovated and changed their signage. If I’m being honest, I don’t even know where I would park to gain entry. Is the weird, Tiffany-blue statue even out back anymore? I digress. We’re here to talk about noodles!

Though Charlie Kang’s has changed its appearance, its menu remains consistent: a huge variety of options ranging from Chinese restaurant greatest hits to more traditional dishes as well as a large selection of Korean food. There is a whole section of the menu devoted to noodles, and it is here that I reacquainted myself with an old favorite: ho fun noodles with chicken.

I have distinct memories of a bleak winter, many years ago, when I was unemployed and trying to spend as little money as possible. Every once in a while, I would allow myself this dish when I felt my spirit really needed bolstering. I think of it as a Chinese spin on chicken noodle soup with its in-kind ability to comfort, cure and restore.

In place of broth, there is gravy. That’s the word used on the menu, and I think it’s apt as it reminds me, in a delicious way, of what would be ladled on mashed potatoes at a good diner. It’s savory and salty and intensely crave-able. Tasting of shiitake mushrooms, garlic, sesame oil and white pepper, it’s a musky sauce befitting of that which it generously coats.

The noodles are very special. They are cut about an inch wide, with considerable depth, and to this day I find it hard to believe they are rice noodles due to their luscious, chewy texture, the structure of which I would have thought only gluten molecules could support. The few points of comparison I can summon would be the egg noodles served with beef stroganoff or the sheets of pasta in lasagna.

Adding to this already tasty tableau are pieces of juicy, white meat chicken (other protein options available) as well as crisp carrots, pea pods, broccoli and baby bok choy, which collects the sauce between its small, steamed leaves and will have you searching through the noodles for more. There used to be pieces of shiitake throughout, which I missed, but as their flavor still sings through the sauce, I wasn’t too disappointed.

I am happy to see Charlie Kang’s continue to thrive and offer the reliably tasty food I remember, and I will continue to support them from afar, adding their truly top-shelf to-go containers to my impressive collection.