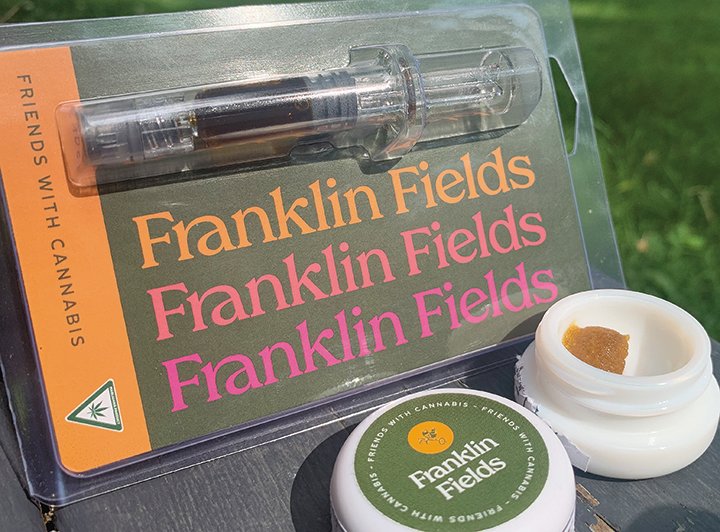 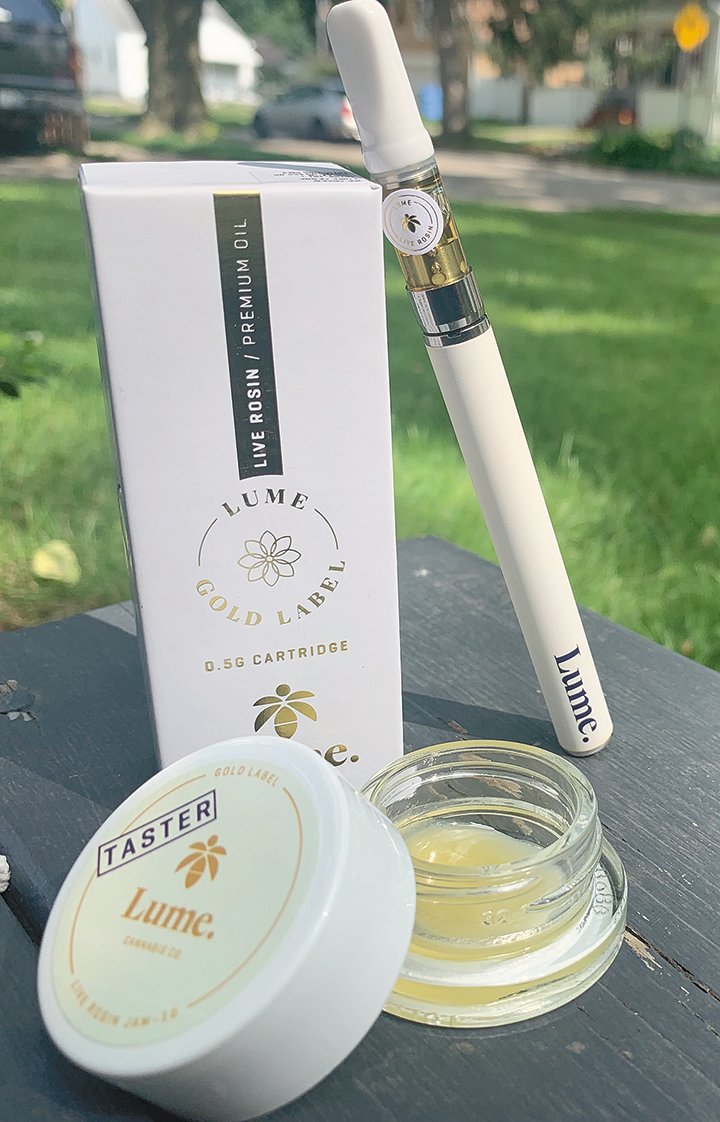 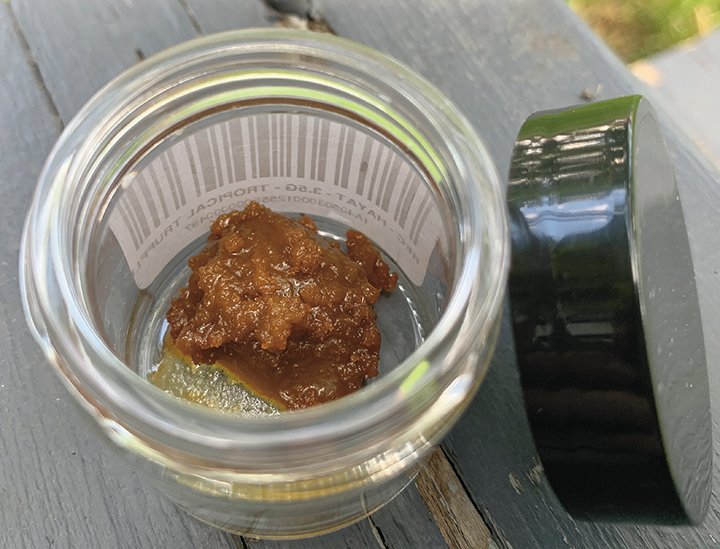 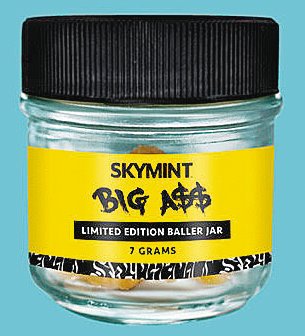 You don’t have to smoke pot to know about 420. It’s the single biggest holiday in marijuana culture — a day usually dedicated to putting on some Bob Marley or Sublime, getting as ripped as mentally possible, maybe watching a Cheech and Chong movie and then eating a lot of food.

July 10 (or 710) is a relative newcomer to the world of cannabis festivities, though it can be celebrated in roughly the same way. One difference: This is a holiday only for ultra-potent concentrates and oil products. The date was adopted because 710 spells “OIL” upside down. And local pot shops have fully embraced the holiday with an array of new products and deals.

For the uninitiated, cannabis concentrates are crafted by distilling down only the most desirable parts of the marijuana plant — cannabinoids and terpenes — into various types of oils (and goo) that can be consumed on their own, sprinkled into a joint or torched with a bong attachment.

Please, do yourself a favor: Read a beginner guide or two before you head to the store for any of these pricey products. They’re also about four times stronger than your average bag of weed.

The Botanical Co. is quickly making a name for itself as one of the most mindful cannabis brands in Greater Lansing after recently purging its inventory of all products from companies affiliated with the Michigan Cannabis Manufacturers Association, an anti-caregiver trade group.

Read more about that controversy in a story published last week at lansingcitypulse.com/news.

BoCo is celebrating Dab Day in Lansing with a series of giveaways (only for every 10th customer) from 10 a.m. to 8 p.m. as well as shaved ice and other on-site vendors from 4-8 p.m. The most knowledgable budtenders in the city also recommended a few new in-house products from Franklin Fields, the cultivation arm attached to the rear end of the Botanical Co. in Lansing.

Member Berry is a jazzy hybrid cross between Mandarin Sunset and Skunkberry, predominantly known for its electric, euphoric and uplifting effects. Condensed into a glittery bronze chunk of terpy cannabis sugar, the earthy sort of blueberry flavor in this strain is even more pronounced.

The tart terpene punch — which tests above 10% — made me break a sweat after just two incredibly smooth (and coughless) hits. And for the next few hours, I felt like I was floating. Pro tip: Take it easy on the torch. Lower temperatures work better with such a high terpene content.

Rick Simpson Oil is slightly thicker than maple syrup and can either be swallowed, mixed with foods or squirted directly onto a banger for dabs. Named after its creator, RSO is typically a medical item at dispensaries because of its sheer potency. At BoCo, it’s available recreationally.

OG Kush is one of those strains that has been bastardized several times over since it was first cultivated in the early 90s. Still, even in all its variations, this skunky and citrusy throwback has remained one of my favorites for more than a decade. The concentrated format just makes it more potent, discreet and versatile. I slurped it, squirted some in my tea and smoked a bit too.

About 1,000 mg of THC in each small syringe is roughly equivalent to 10 pot brownies. So, tread lightly with a small sliver similar in size to a grain of rice. I doubt you’ll need much more.

Lume is always offering promotional discounts. Check out lume.com for the latest deals.

The latest drop from Lume is liquid gold. This premium “Gold Label” extract lineup is made from live hash rosin — fresh plants that are plucked, frozen and quickly pressed into a solventless potion of THC goodness that explodes with terpenes, is potent as hell and as pure as possible.

Named after the late cannabis activist Jenny Monson, this smooth and golden goo carries some initial earthy floral notes that quickly transform into sweet citrus flavors on the exhale and provide a soothing and uplifting buzz. Immediate and long-lasting cerebral sort of head rush; Not much body high. My kitchen smelled like a pine tree for two hours after I smoked this stuff.

Firing up a blow torch and measuring out a sticky pile of cannabis batter can be inconvenient. Luckily, the cannabis wizards over at Lume have a solution in the form of live rosin vaporizer cartridges. They’re sleek and easy for on-the-go tokes and taste (mostly) just like the real deal.

This indica-dominant hybrid is a cross between Gelato 33 and Wedding Cake with a creamy, cheesy and sherbert-like smell and taste — sort of like a custard long john donut. A few tokes offer a relaxing and dreamy type of high, perfect for kicking back on the couch and taking a nap.

The most affordable pot shop in Lansing is ready to impress for the holiday dab season with “Baller Buckets” of terpene-packed concentrates for only $100 — once again setting a new pricing standard in the city of Lansing with a wide menu of cheap and potent cannabis products.

Tropical Truffle is an energetic sativa blend of Tropicana Cookies and Mint Chocolate Chip, known mainly for inducing a sunny state of mind, deep conversations and pure bliss. There’s also some extra joy in being able to scoop massive dabs that won’t break your wallet either.

Every Skymint store — including all three in Greater Lansing — is giving away two “Big A$$ Baller Jars” that are loaded with a quarter-ounce of sugar concentrate. Through Saturday night, customers will be automatically entered for a chance to win one for each transaction they make. Winners will be notified on Monday (July 12). Visit skymint.com for more details and other deals.

In addition to several summer specials, Edgewood Wellness is offering several promotions on Saturday (July 10). Among them: Four grams of select Fresh Coast Extracts resin badders for $120 and five live resin cartridges for $100. All other full-priced dabbable products are 25% off.

All customers will be automatically entered into a raffle to win a Levo II Infuser. Lansing shops will also be offering a variety of discounts on vaporizer cartridges and other extracts. Brands include: CannaBee Extracts, North Coast Extracts, Wyldfire Concentrates, Element, G Pen, MKX, Monster Xtracts, Platinum Vape and Redbud Roots. Grams of concentrates will be available for as low as $33. Vaporizer cartridges will be on sale for as low as $22 each.

Local Roots in Laingsburg is offering 20% off all concentrates including RSO. Live rosin concentrates will be 30% off. Redemption Cannabis cartridges are also on sale, three for $100.

On the ground at Pure Roots' grand opening

All about advocacy and accessibility