The joy of listening: LSO's Patrick Harlin wants your ears 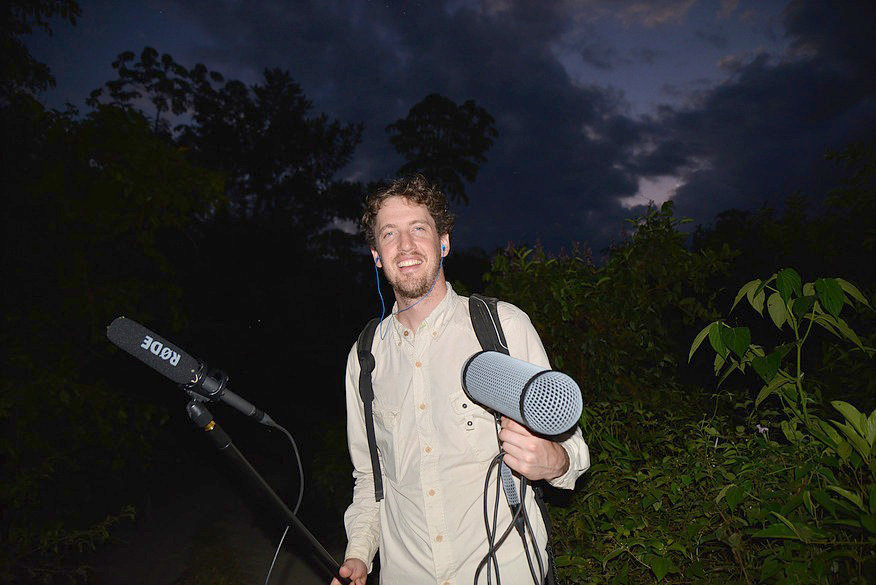 The summer symphony of crickets, fireworks and lawn mowers is winding down, but Patrick Harlin is about to give us something new to listen to.

Harlin, a Seattle-born composer who treks around the world to record the sounds of vanishing ecosystems, was named the first-ever composer in residence at the Lansing Symphony Orchestra last month.

Harlin’s pulsating, multi-layered, ecstatic music — the fruit of a hard-core deep listening ethic — will be featured in at least two symphony concerts a year, through 2022.  Saturday’s LSO concert will give the public its first taste, a ballet-inspired piece called “Shadow Dances.”

He’ll also write a completely new work during the residency, and the Lansing Symphony will give it a world premiere.

“Shadow Dances” sprang from Harlin’s awe for the dynamism of the human body. While studying composition at the University of Michigan, he played piano for a modern dance class.

“I started to imagine a piece of music for a dancer that had superhuman abilities, that moved beyond our natural world of physics,” he said.

In Harlin’s imagination, the gravity-defying adventures of Superdancer generate a cosmic storm that wobbles like an unbalanced washing machine.

“You have these frenetic gestures that are trying to pull against the pulse of the piece,” he said.

Harlin comes from Redmond, Washington, a suburb of Seattle. He started composing as a toddler, as revenge for being told he couldn’t take piano lessons. (To be fair, he didn’t know how to read music yet.) He enlisted sympathetic adults to help him write down the music in his head.

The all-American music of Samuel Barber and George Gershwin made a big impression on him as a kid. Harlin’s recent homage to Gershwin, (#tbt), throws a generous heap of Gershwin-isms into a blender and vvrrrs up a suave, spiky smoothie.

His hyper-awareness animates his music with an “X” factor that can be traced to his other great passion — going to remote places like the Amazon in Peru to capture the “soundscape” of rapidly disappearing ecosystems.

Some of those sounds found their way into “River of Doubt,” Harlin’s musical vision of Theodore Roosevelt’s disastrous 1912 Amazon River expedition. (The Lansing Symphony will play “River of Doubt” in spring 2020.)

However, the connection between Harlin’s music and his “soundscape ecology” work runs deeper than a pinned-down collection of sounds.

“When I write music, the things that happen are related to one another, they’re organic processes,” he said. “It’s like an ecosystem. If you change one thing it changes another thing, throws it out of balance.”

There’s a whiff of field research in Harlin’s Lansing residency, too. Not only will the residency give local audiences a multi-dimensional look at a dynamic young composer, it will also give Harlin a chance to form a relationship with the musicians and the audience. Harlin expects his experiences in Lansing to inform the new piece he’ll write during the residency.

Besides writing music, Harlin will help curate the contemporary music the symphony will program in its MasterWorks concerts and in the chamber series. He’s also hoping to launch a program encouraging young students to write music.

Harlin and Lansing Symphony Maestro Timothy Muffitt have already had some long talks about how best to program new music.

They both agree that to make new music work, you have to give the audience “as many ways in as possible.”

“You write a piece because you have an idea you think is exciting, but I also think about people who have never been to an orchestra before, and longtime audience members who have certain expectations,” he said. “I’m thinking about how to get them excited and maintain the integrity of my idea.”

Harlin saw that magic happen in May 2017, when Muffitt and the LSO mounted a spectacular performance of Paul Dooley’s “Northern Lights,” an intricately woven acoustic/electronic tapestry.

“I connected right away with his style of conducting, the way he engaged with the audience and the orchestra,” Harlin said.

Harlin and Muffitt have also had long talks about what makes an orchestra relevant in the 21st century.

To Harlin, the most compelling argument to keep the beasts around is hiding in plain sight.

“I know it can seem like an antiquated institution, but I see it as one of the greatest models of human cooperation,” he said. “You have people at the highest level in each of their respective instruments performing together, cooperatively. That’s impressive and important, as a model of something greater than the sum of its parts.”

Another reason to embrace live orchestral music, for Harlin, is “being in a space together with other people at the same time. I know it sounds simple but less and less of that happens.”

As if that weren’t enough, Harlin views his work as part of an even bigger mission — to overthrow what he calls the “visual hegemony” that is overtaking the world.

“The world has moved toward privileging the visual over every other input,” he said. “As a composer, my job is to get you focused on sound.”