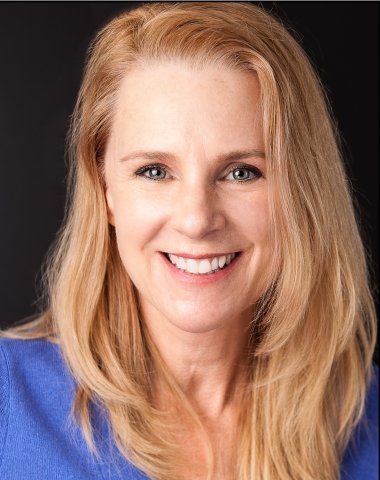 The play, which is directed by Lansing’s indomitable Mary Job, tells the story of a group of 13-year-old girls on the cusp of becoming adults.

“As one character says, ‘I want to unsee what I saw, but I can’t,’” Regan said. In that moment, life-changing realities hit home and hit hard.

But Regan said to expect the show to bring joy as well.

“It’s a sweet story about three friends over their 13th summer, just having adventures, living passionately their experiences,” she explained.

Through the characters’ stories, the audience will experience the group’s forays into first kisses and sneaking booze from the family bar.

“Allison Gregory really did a great service to the sweetness and sometimes sadness of this coming-of-age thing,” Regan said.

As Regan has prepared for the show, she’s realized that “coming of age” is really the moment in people’s lives where “an experience changes everything, and because of that, perspective has changed.”

“A recurring theme in this is all the fear that comes along with freedom,” she said. “With freedom comes responsibility, but how do you, with only a small toolbox, make those choices that … you just don’t know, especially as a 13-year-old?”

She noted that much of that confusion from early freedom and choice rests in the lack of experience to inform choices — and that, too, causes fear.

“Another thing that Allison has done is really allow us to identify with and connect with the fact that 13-year-olds know what is real,” she said. “They know if their parents are having an affair. They know if something is not quite right. They may not be able to articulate it, but they know when something is real.”

Regan has performed a one-person show before, but it featured seven characters in seven different scenes.

“This is much different,” she said. “‘Wild Horses’ is really a stream of consciousness where other characters come and go.”

Regan, 58, grew up in Berkley and attended Michigan State University. She’s performed on professional stages throughout Michigan, including the Performance Network Theatre in Ann Arbor and BoarsHead Theater in Lansing, both now defunct. She’s also spent time at the Purple Rose Theatre in Chelsea.

It was at Purple Rose that she connected with John Lepard, Tony Caselli, Christine Purchis and Emily Sutton-Smith. The quartet had the audacious idea of creating a professional theater in Williamston. That was in 2005, and Regan has wandered in and out of the Williamston Theatre as it has changed over the years.

She took a hiatus from performing to work for four years helping other actors line up voice work. It’s a growing art form, with beginners racking up anywhere from $14,000 to $36,000 a year, according to Zip Recruiter. Top voice artists can bring in as much as $200,000 a year.

“What’s cool about it is that you can do it from home,” she said. She’s still doing some recruitment and representation for voice actors, but the itch for the stage is back.

In a twist of fate, Regan was not originally slated to perform in “Wild Horses.” She was booked for a production in the summer of 2022, but life got in the way, and she ended up with this one-woman show.

“Wild Horses” begins with preview performances on Jan. 26, 27, 28 and 29, with a formal opening of the show on Feb. 3. Preview performances are designed to allow actors, directors and other artistic and technical talent to make sure the show is working with a live audience.

January is otherwise short on local theater, but February will be a whirlwind of performances, so watch for next month’s Behind the Curtain for a complete rundown of the month.