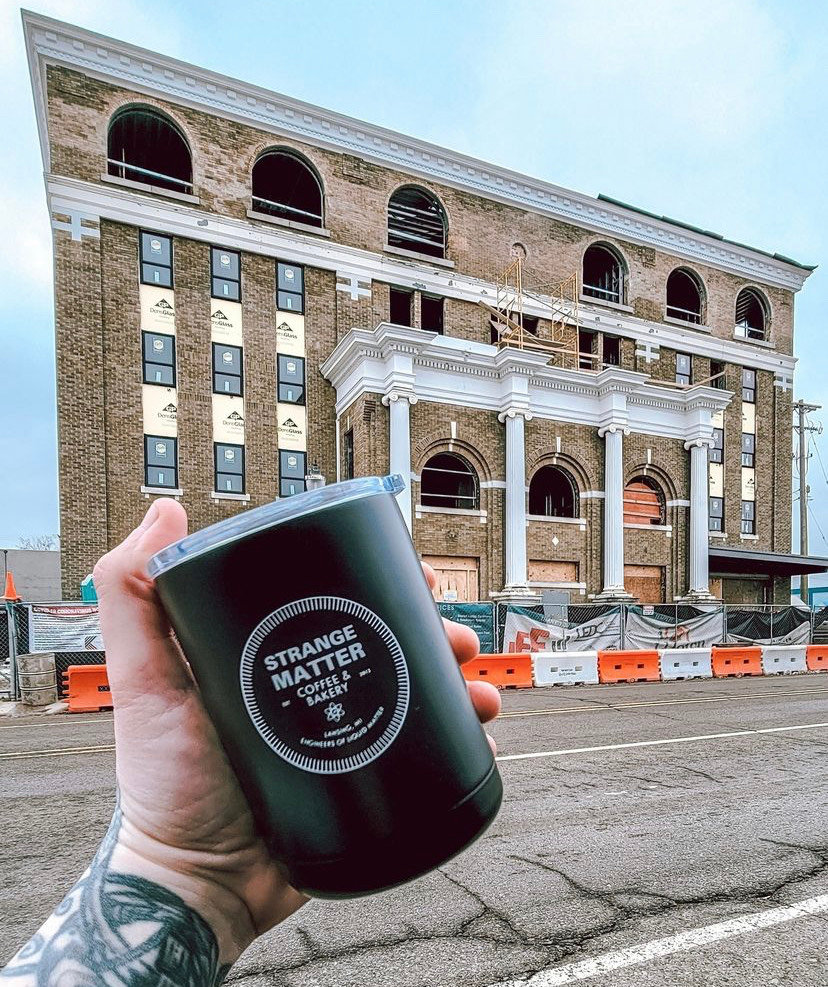 TUESDAY, Jan. 4 — If you love Strange Matter Coffee, you’re going to be overjoyed about two major recent announcements: its downtown Lansing coffee shop is getting much bigger and a whole new location is coming to Old Town.

Thanks to a $25,000 grant from the Michigan Economic Development Corporation’s Match on Main program, Strange Matter’s downtown Lansing location has ambitious plans to expand its space by occupying its two vacant neighboring buildings. Strange Matter’s downtown spot has been closed since March 2020 and owner Cara Nader announced in a social media post that the goal for its grand reopening is late summer.

Strange Matter is one of 41 businesses to receive the grant, and Nader said the renovated downtown coffee shop’s offerings will also grow in scope to incorporate more bakery items and a small food menu that has a diverse helping of breakfast and lunch dishes. Also in the pipeline for this souped-up Strange Matter is a tavern license, which will allow the café to also serve alcoholic beverages into the later evening hours.

But that’s not all. Nader followed up that big announcement with another social media post that details Strange Matter’s plans for an additional location set to open up at the historic Bethlehem Temple Building in Old Town once its renovations are complete. The Temple Building spot will offer all the same coffee and doughnuts as the other Strange Matter locations and will also have an expanded menu that includes breakfast and lunch items, as well as alcoholic beverages.

The historic site, last open to the public as music venue called the Temple Club, is undergoing major construction to become a mixed-use development with apartments and first-floor retail space. The hopeful opening date for this location is also late summer.

“We've been planning these announcements for some time, so it's sort of like revealing a big secret we've been keeping. We're thrilled to have the info out there, finally,” Nader said. “Especially the Temple Building location, because that one we've been talking about internally since the Fall of 2019 — basically 100 years ago at this point. But now the real work starts. Opening a new location has so many facets and I truly love the whole process.”