Peace  Education Center gives annual awards to her and six others 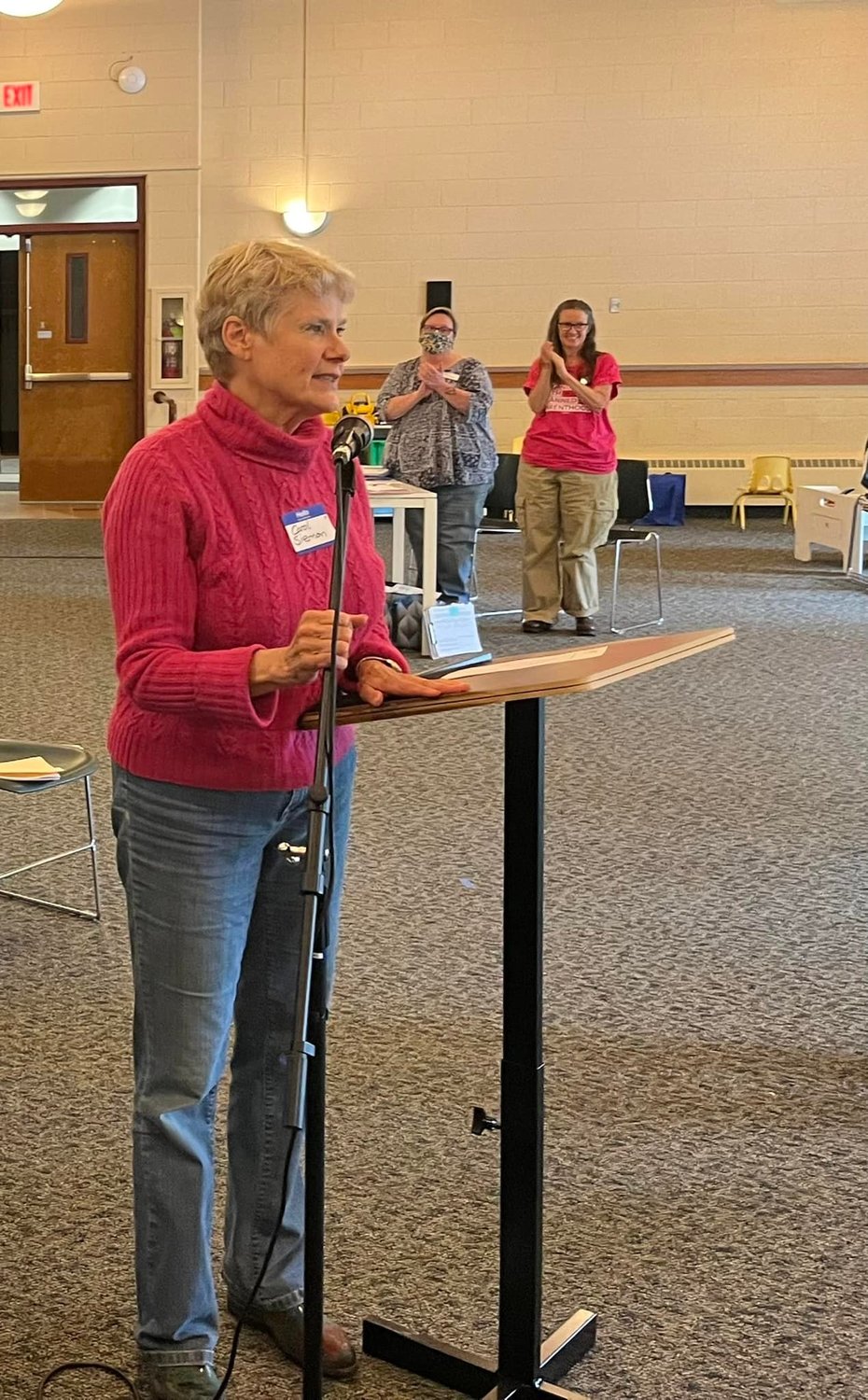 FRIDAY, May 27 — Ingham County Prosecutor Carol Siemon has been chastised, isolated and vilified for her work to make the justice system more equitable, particularly in addressing racial disparities in who is charged and when. Her work has put her in the crosshairs of police unions, police chiefs and the sheriff.

But the Lansing Area Peace Education Center honored her with the group’s Peacemaker of the Year award for the very same work.

On Facebook, the organization praised Siemon’s efforts “to bring fairness in charging and sentencing criminal defendants. She has worked to ensure that all members of the community, especially those who are disadvantaged, receive fair justice.”

Siemon was among seven people honored last week for promoting peace and justice around mid-Michigan. Annually for decades, the center honors one or more residents with its Peacemaker of the Year Award. This year’s event also included honorees from 2021 after the event was canceled last year due to the pandemic.

Claiming law enforcement has stood in the way of police reforms, Siemon made headlines in 2020 for refusing to accept endorsements or contributions from police unions.

Siemon also announced last July that people pulled over by police in traffic stops will not be charged for non-public safety-related issues, which studies show happens disproportionally to Black and brown people.

Last August, she came under pressure for a decision to decline most felony charges for firearm possession while committing another crime. She told WSYM Fox 47 in 2020 that a review by her office of 205 felony firearm charges showed 80 percent of the defendants were Black.

County Sheriff Scott Wrigglesworth, a frequent critic of Siemon, gathered a group of over 20 elected officials and law enforcement to oppose her plans.

In an effort to give prisoners a second chance, Siemon joined 63 other prosecutors across the country in calling for reducing lengthy prison sentences, even for serious crimes,

Jerry and Shannon Norris were named Peacemakers of the Year for 2021 for their work creating the Fledge Foundation to eradicate hunger and address violence in the Greater Lansing area.

The Fledge identifies itself as a “radically inclusive” organization.

The Lifetime Peacemaker award went to Efrén Paredes Jr. Paredes, who was sentenced in 1989 for murder and armed robbery. He was 15 years old at the time and an honor student at Lakeshore High School. He claims on his website that he is innocent.

Paredes  is the first incarcerated individual to receive an award. He  organized reform efforts to remedy the treatment of incarcerated minors convicted as adults. In addition, he serves as the vice-chairman of the Michigan Poor People’s Campaign.

“I believe we all have a moral and social obligation to help others,” Maria Zavala-Paredes, his wife, quoted him as saying in his written acceptance speech, “and we should work to create a better world for every person regardless of race, gender, religion, political affiliation, or sexual orientation.”

After decades of work with students and colleagues to address international peace concerns, Lynn Bartley of East Lansing was awarded the 2021 Lifetime Peacemaker Award. She worked as a special education teacher, resource teacher and associate principal at Haslett High School. She centered her work on expanding youth understanding and perspectives related to responsible and active citizens of the world community.

“Peace building in the greater Lansing community is done mainly as teams and through partnerships with various organizations,” she said in an email to City Pulse. “This has been true with my own peace building efforts.”

Also, two seniors at St. Johns High School were given  the Tom Schneider Peacemaker Award scholarship. "based on their passion and commitment toward building a more peaceful and just world."

Lauren Beck won the award for raising awareness around social justice issues. Her work also included raising tolerance and understanding at her school. Jake Lasceski received a scholarship for his work organizing his fellow students to honor and commemorate victims of gun violence in schools.