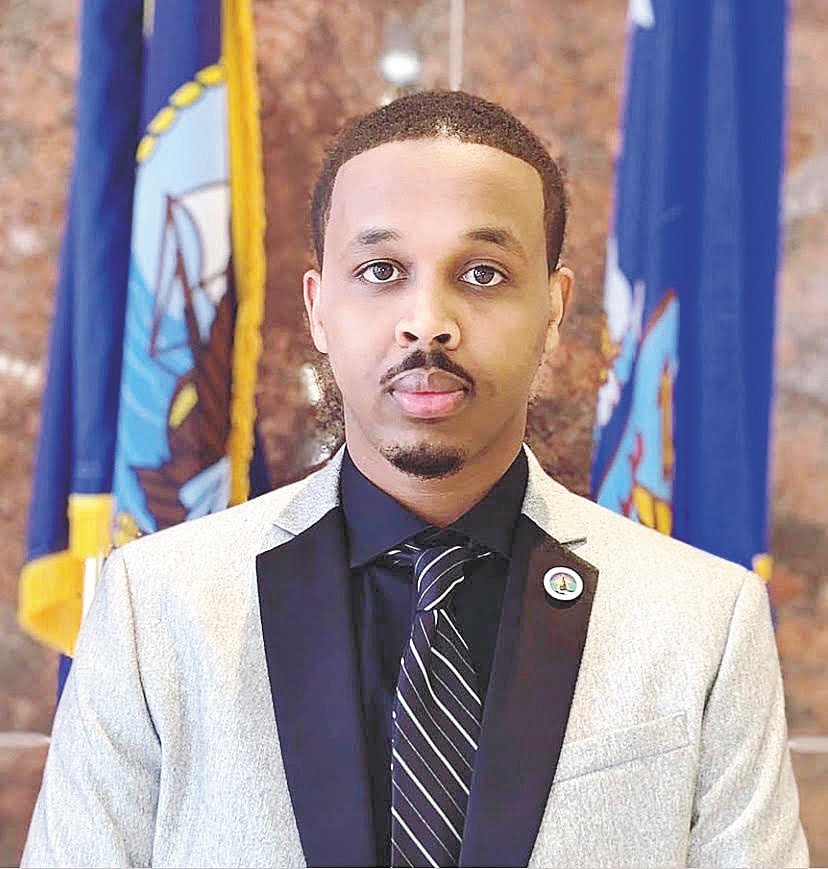 This is the last in a series of guest columns by candidates for mayor of Lansing in the Aug. 3 primary election. The order was determined by lot. Patricia Spitzley declined to participate.

My name is Farhan Sheikh-Omar. I was born in the Dadaab refugee camp in Kenya. Violence first pushed my family out of Mogadishu, the capital of Somalia. As civil war spread, my family decided the country was no longer safe. My parents worked hard to find a solution to long-term living in a refugee camp. They were fortunate to be granted resettlement in the U.S. We were fleeing conflict, insecurity and persecution.

Lansing residents greeted us with open arms, open hearts and an outpouring of support. Fifteen years later, I am running for mayor. Only in America is my story possible. It is why I believe so firmly that Lansing is, and has always been, a city of promise and possibility.

Unfortunately, that promise and possibility has vanished over the past few years. By so many measures, our city is weaker and less prosperous than it was four years ago. In 2020, our city saw a record number of homicides, with 22 citizens killed in Lansing. This year, we’ve had 15 homicides, which means if we continue at the same rate, that record will be doubled in 2021.

How has this been allowed to happen? My vision for Lansing stands in sharp contrast to the failed record of the current administration. I believe the level of crime in our city is unacceptable.

However, we know more cops don’t mean less crime. In fact, if policing and the city jail stopped crime, Lansing would be the safest city in the country. But years of evidence show us this is not the case. We need to be more creative and deploy community-led violence intervention programs to help target and disrupt gun violence. The purpose of these programs is to prevent crime before it happens, rather than responding to crime after it occurs.

I will secure more funding for community programs that protect at-risk youth. I will not task our police officers to deal with public health issues like substance abuse, homelessness and mental illness. Instead, we will create a mobile crisis response unit and hire social workers.

I will be a proactive mayor and not reactive. Our neighborhoods are suffering from systemic disinvestment and Lansing residents have been neglected and ignored. Building new unaffordable rentals is not the solution. I will address and eliminate the homelessness crisis in Lansing. As a refugee, I understand the importance of housing. Lansing must develop thriving and livable neighborhoods with walkable sidewalks, affordable housing and accessible transportation. My top priority is to improve all aspects of community life, including health, crime prevention, employment and training, local business development, family stability and housing.

Not only has he overseen the worsening of crime, homelessness and our city’s finances, but he and his administration are mired in accusations of racial discrimination and even wrongful death. Nine current and former Black city staffers are suing the city and Mayor Andy Schor for racial discrimination. Additionally, the Hulon family has filed a federal lawsuit against the city and Mayor Andy Schor for the wrongful death of Anthony Hulon. This is a disgraceful state of affairs in a city with a proud heritage of diversity and anti-racism.

Two centuries ago, Lansing was united against slavery and formed part of the Underground Railroad. We have to recognize the past has a profound impact on the present. If we are not conscious of it, it will direct our future. We must reject racism, hate and bigotry.

Together, we will build systems that are equitable, just and put people first.

Today, I’m asking for your vote, to serve you as the next mayor of Lansing.

Please visit my website at farhanforlansing.com or reach me on Facebook at Farhan Sheikh-Omar for Lansing Mayor.

Slotkin is living in Hollister’s condo until Thanksgiving. We can move on.

The fight for democracy