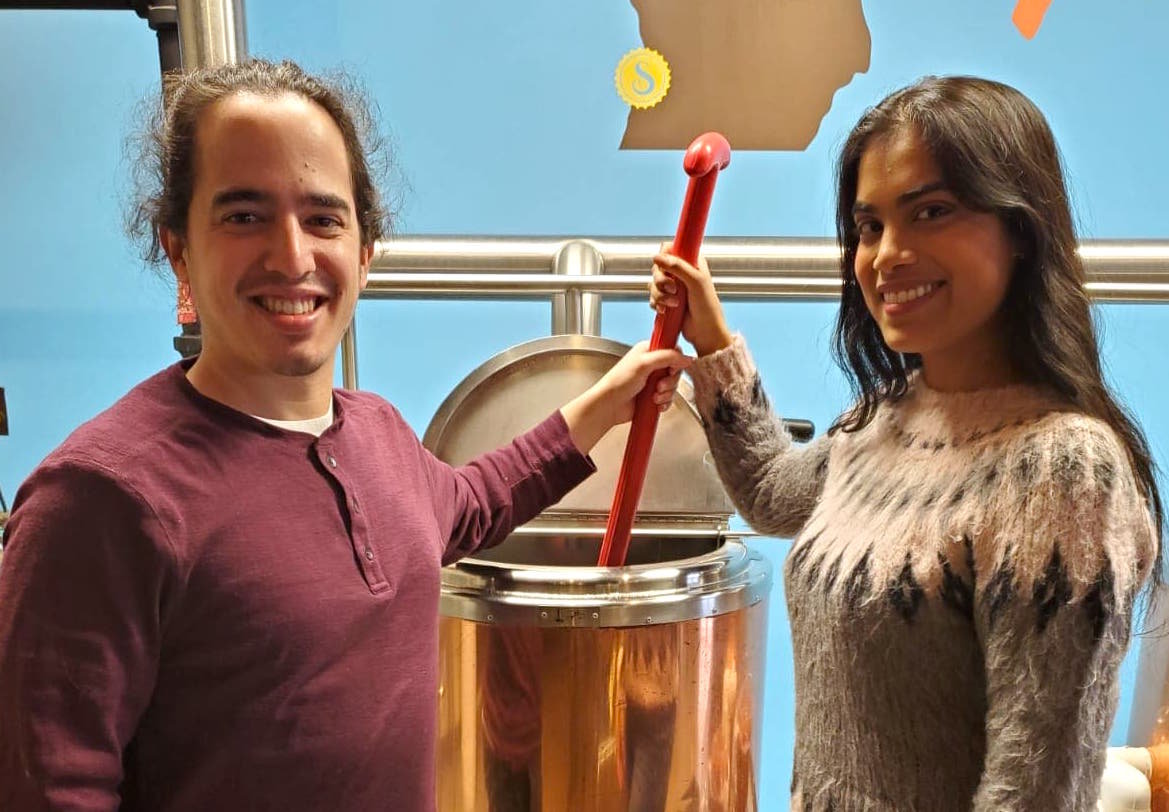 SATURDAY, Aug. 8 — For some content creators, the COVID-19 outbreak was a death sentence. From live performers who relied on small venues, online artists who relied on the recently suffering U.S. Postal Service to ship their work to fans, or tattoo artists whose livelihood depends upon close, germ-y contact with others.

But making a podcast doesn’t require any in-person contact at all. Daniel Puentes and Chelsie Boodoo, hosts of Impact 89 FM’s podcast Sci-Files, said the pandemic hasn’t affected their output at all. In fact, they started putting out twice as many episodes, evolving from Sci-Files from weekly show to biweekly.

“We’re just chilling out and doing our thing,” said Puentes. Boodoo and Puentes are a longtime couple who live together and both attend Michigan State University. They’ve spent their time in quarantine doing research, working toward their degrees and producing their podcast.

“Last week, we did an episode about the effects of gun violence on schools,” said Boodoo. “It’s something that not many people consider science, but with this work, there are objective facts that you can draw conclusions from.” The archetypical scientist typically wears a lab coat and holds a beaker, but Boodoo emphasized that fields of study like sociology, psychology and linguistics all belong in the same category as subjects like chemistry and biology.

One recent episode explored the concept of allyship. What makes a good ally, and what makes a bad ally? At this time, when people across the country are uniting in a radical fight against police brutality, they figured that the topic would be especially relevant.

On another recent episode, Boodoo and Puentes spoke with a reseracher about self love and overcoming adversity. "That researcher spoke to minority children about how to overcome whatever anyone tells them, to overcome bullying. They taught them that, if they’re true to themselves, they won’t let other people say get to them,” Boodoo said.

Boodoo and Puentes noticed that their fellow students are facing difficulties in the wake of the COVID-19 crisis. Some of them can do all of their work on a computer. But some don’t even have access to their research centers or laboratories. “We liked to ask people, how has this affected your research,” said Puentes. “MSU has been bringing people back to do research. But if someone tested positive then they should not come into work.”

Puentes went into the lab for two weeks in early July, but now he’s back to working at home. Boodoo hasn’t been in a lab since the COVID-19 crisis and has instead focused on computational research. They said that some people, such as those who do research in fruit fields, can easily social distance.

“We had an episode about blueberries and cherries,” said Boodoo. “They’re fine because they’re out in a field.” For people who have to work in close quarters in laboratories, it’s more complicated.

Neither has been to the Impact 89 FM studio since March. They’ve recorded from home instead. Coincidentally, their very last episode record in the studio was about the coronavirus.

“We had three women in STEM on the podcast,” said Boodoo. “One focused on how the virus will affect the world, another one discussed microbiology and the last one was a nurse who talked about how they were affected by stuff like this.”

Puentes said that they approach the interview process naturalistically. They try to consider what the average person would want to know about the subject.

“We don’t feel like it’s a smooth conversation if we prepare questions beforehand. We want to be naturally curious about it,” said Boodoo.

They both try to make complex subjects, such as astrophysics, genetics and zoology, easier to understand for their listeners.

“What would somebody that’s listening to our show want to ask?” said Puentes. “I think a lot of people really latched onto that idea.”