School board candidates: Once elected, stay the course 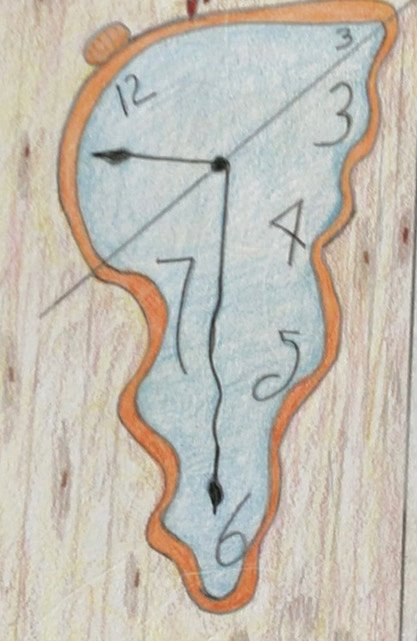 Lansing resident Dedria Humphries Barker is the author of “Mother of Orphans: The True and Curious Story of Irish Alice, A Colored Man’s Widow.” Her column appears monthly.

My writing student, an army veteran, struggled with our course but had made it to the day near the end of the semester when students were submitting their required writing  portfolios. He came to class and asked to speak with me in the hall. There, he told me he was dropping the class. I urged him to go into the classroom and submit his essays from the semester. He refused. Said he was tired.  OK, but just do this one last thing.

If you submit your essays, I can give you a grade for completing the course.

Well, a student dropping a course this late gets a 0.0 grade.

I was forced to give him a 0.0. There was no option because he didn't finish the course.

As I look at the Nov. 8 ballot for some school boards in the Lansing tri-county area, I see districts whose school board members did not finish their course. They created partial terms which will be filled with the election next week.

These districts range in size from big to small.  My job is not to track down the rise-and-fly reasons, but most of the districts with partial terms are those whose full terms are six years long. They are Lansing, Haslett, Dansville, Holt, and Williamston. For the other three — Waverly, Leslie, Webberville — a full term is four years.

The districts with six-year terms may be prone to early departures of board members. Is six years too long a term on a public school district in mid-Michigan? Like my student, these board members did not stay the course.

Sometimes people have to bolt. For a new job out of town, for instance. The choice is fortune or duty. Otherwise, it was clear from nominating documents, and the ballot this was a six-year commitment. Yet, even with this knowledge some people ran for school boards, were elected, took their seats, served some time, and then left. Just like my student, they did not finish the course. They failed.

The job of school board members is make educational, fiscal and administrative policies by reading, listening and talking. Basically, the duty to sit in a chair. Sitting is the new smoking, a pithy saying goes. And there is no or little pay. So I understand why a six-year term would seem too long. Is four years to a term the magic number? Four years is a rhythm most people understand. High school is completed, grades nine through 12, in four years. And the basic college degree, the bachelor's, is designed to be completed in four years, though many students take longer. I completed my bachelor's degree in English in five years. Students have extenuating circumstances that get in the way of plowing straight through. I had a baby and joined a sorority.

University board members elected to terms twice as long — eight years in the case of Michigan State University Board of Trustees — show their fatigue with the job and decide to break out of the routine, as opposed to stepping down. It definitely looks that way judging by the recent actions of some of those members.    But there is no magic to four-year terms. Those school boards also deal with partial terms when faced with bullying tactics.

Last fall, in 2021, Reuters news service reported that a board member in Loudoun County, Virginia, an hour's drive from Washington, D.C., resigned after being intimidated by thousands of "derogatory and threatening" messages, some with racial epithets. This went on for months. At a Birmingham, Michigan, school board meeting last August, a member of the audience gave the school board the stiff-armed Nazi salute during a discussion of mask mandates. This fall, in Rockford, Michigan, a school board candidate turned the tables and constructed a Nazi-like flag from the colors of the LGBTQ movement.

In 2021, a U.S. Department of Justice investigation documented 220 cases of violent threats against American school board members. Threats of violence are intended to adjust the years of a school board term down to zero. U.S. Attorney General Merrick Garland does not want school board members running scared, so he pledged FBI and federal prosecutors to help local law enforcement.

School districts are now places of inflamed passions. Hardball politics aimed at the school boards is one of the weapons in the American culture war.

Whatever the number of years in the school board term, history shows that the key to any successful endeavor is to stay the course. School board members discover that the job is not the dull dishwater job it once was, but those who did not bank on public attention continuing after the close of the polls on election day find ways to endure. They fade into the background, quietly doing their committee work, and without much explanation, as is their right, voting their conscience on policies that are good for the education of students.

That seems like a basic statement, but we are in times where the obvious needs to be stated. Take nothing for granted. The challenge to school board members is substantial and serious.

To this fall's school board candidates, good luck in winning your races, and when you get a seat at the table, be an example of determination and accomplishment. Stay the course.