Rural internet access competes with other needs for federal aid 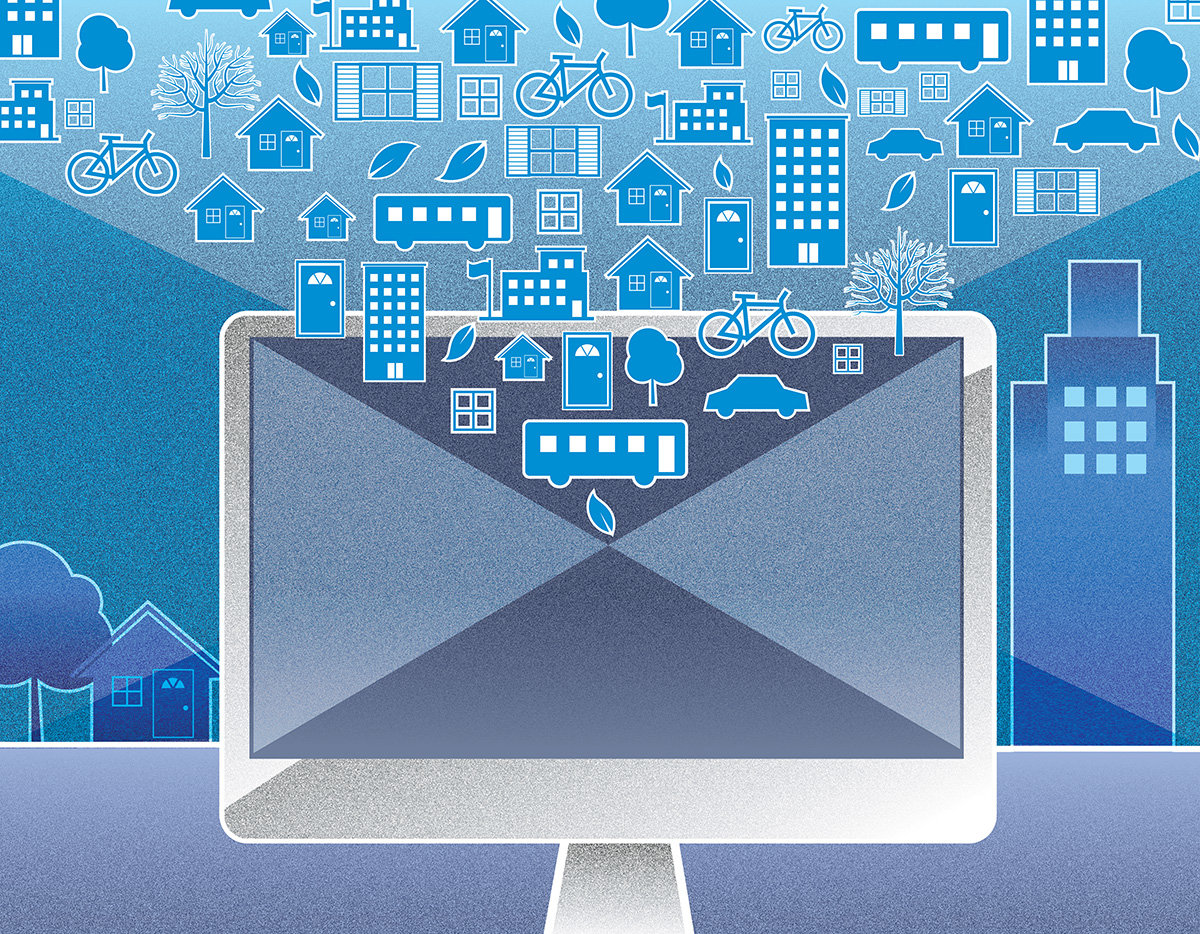 As local governments wrestle with the question of how to spend their share of American Rescue Plan Act money from Washington, some are earmarking it to improve broadband access and affordability for their residents.

Their officials say spending part of Michigan’s federal aid on high-speed broadband is a wise use of the money since lack of access hampers education, health services and the local economy.

The latest installment for local governments, more than $319 million, was allocated earlier this month.

“Broadband is a utility,” said Tom Springer, a trustee in Park Township, St. Joseph County. “It’s just like water. It’s like sewer. It’s like electric. And we need it to live our lives.”

Many Park Township residents were hit hard at the onset of the pandemic because of difficulty accessing the internet, according to Springer. Some had to leave their homes to find a connection.

“Last year during the pandemic, the kids were taking online school, but so many of them didn’t have access to broadband that they couldn’t do it,” Springer said.

“They couldn’t get online and do their work. So at night in the winter, the parents would drive to the parking lot of the school, and the school — their IT person — made sure to turn up their broadband transmitter so parents could sit with their kids out in the parking lot with their cars running to do their homework,” he said.

Announcing the latest distribution of federal aid, Gov. Gretchen Whitmer identified broadband for “underserved communities” as a priority, along with improving roads and bridges, replacing water lines made of lead, dealing with the effects of the COVID-19 pandemic and raising pay for essential workers.

Parts of the state are “digital deserts,” said Judy Allen, the director of legislative affairs at the Michigan Townships Association.

“We have townships that have no access to broadband, but we have others that have the access but may not be able to afford it,” Allen said.

The issue, Springer said, is that getting access to broadband is expensive. Park Township plans to use its total federal grant of more than $200,000 for broadband, according to Springer.

To get broadband access for just its township hall, he said, would cost $84,000.

“That’s a third of the money that we just got through the American Rescue Plan,” he said. “On top of that, that would not provide residential access to anybody in the town. It would just be for our township hall. That’s just ridiculously expensive.”

Supervisor Ken Linn of Fabius Township in St. Joseph County said he’d consider using some of the over $300,000 it’s receiving for broadband, but isn’t sure there’d be enough left for other priorities.

He said the township needs a new fire truck and an upgrade to technology in its township hall.

Many easily accessible roads are already covered by a fiber network, according to Linn, who described the network as the “gold standard” for internet access. Where additional broadband is needed, he said, is on the roads alongside many of Fabius Township’s lakes.

“You either got it (broadband) really good or you got nothing,” Linn said.

To extend Fabius Township’s broadband reach a mile, Linn said, would cost about $50,000, but added that he’s not sure exactly where new networks should be placed.

“It’s hard to choose where to go because the money runs out so quick,” he said.

If money were not a concern, Linn said the township would “definitely” upgrade its broadband infrastructure.

When it comes to addressing broadband availability problems, Springer said it’s tough to do so at a local level and he would rather see it start at a county or state level.

“I feel like we’re being left to figure it out on our own,” Springer said.

Federal funds to the township help, he said, but structure and organization as to how to use them have proven to be equally important.

Springer said one way his township could have used COVID-19-relief funds was to pay for broadband service, reducing residents’ own internet bills. But because the township didn’t have widespread access to broadband, he continued, it couldn’t do so.

“That’s just another example of how people without broadband are overlooked,” he said. “We had money in the federal program to help pay your internet bill, but that does nothing for areas that don’t have it to start with.”

Townships can use funds from the American Rescue Plan Act for COVID-19-related expenditures, premium pay for essential workers, to cover revenue loss and investment in infrastructure, among other purposes.

AARP State Director Paula Cunningham said public policy is the place to start to fix the problem of broadband in rural Michigan.

“If you really want to change things, you’ve got to change policy,” Cunningham said. “Not just social policy, but you also have to change the law.”

Cunningham said the state’s AARP launched the Emergency Broadband Benefit, which pulls from $3.2 billion of federal funds to help residents, especially Detroiters, reduce their internet costs by $50 a month.

Whitmer announced in June the creation of a High-Speed Internet Office to go along with the Connecting Michigan Task Force, announced in 2020, to secure accessible broadband for residents across the state.

Since those announcements, Whitmer said the task force and office have helped provide broadband access to more than 18,000 homes and businesses.