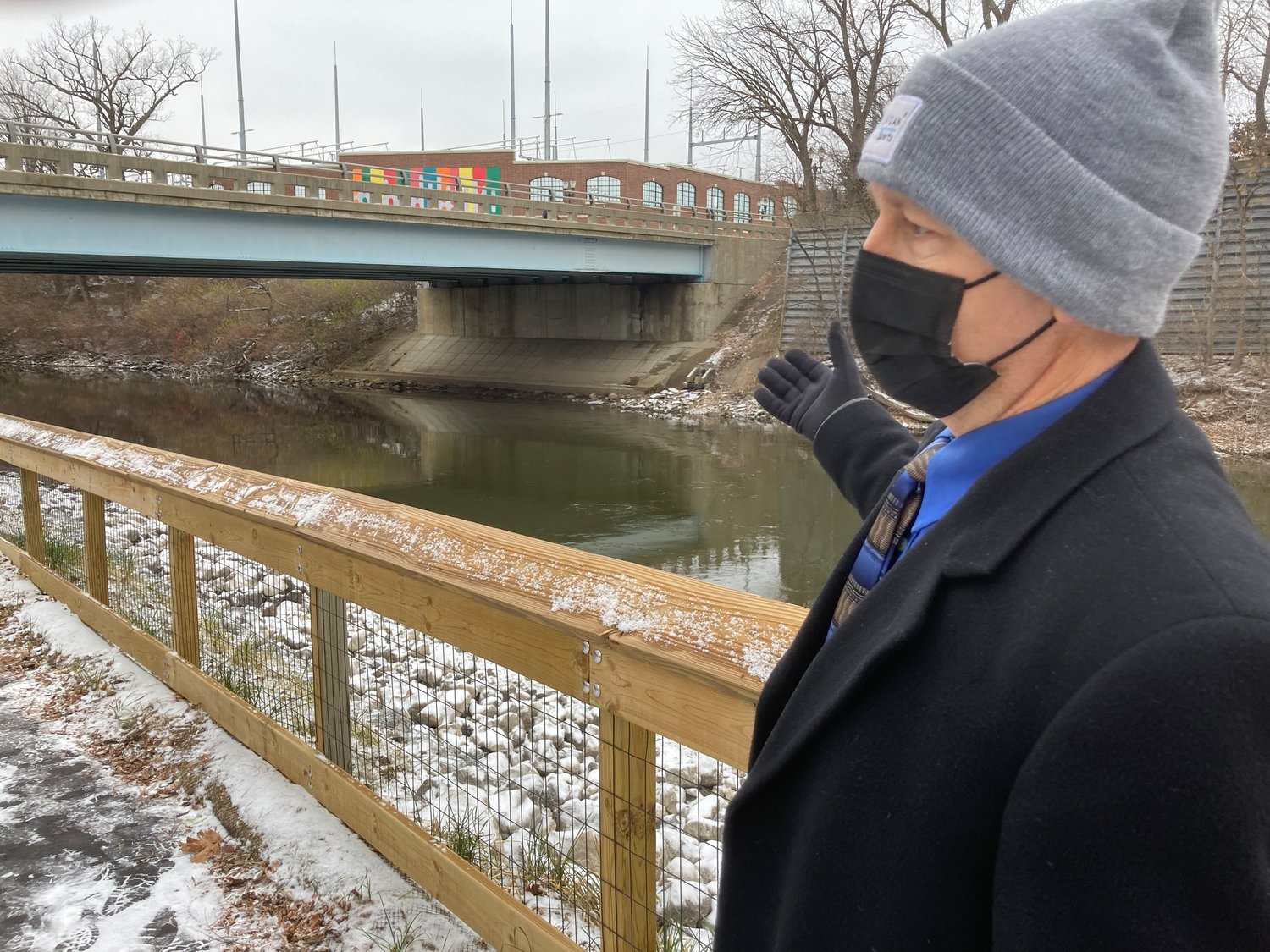 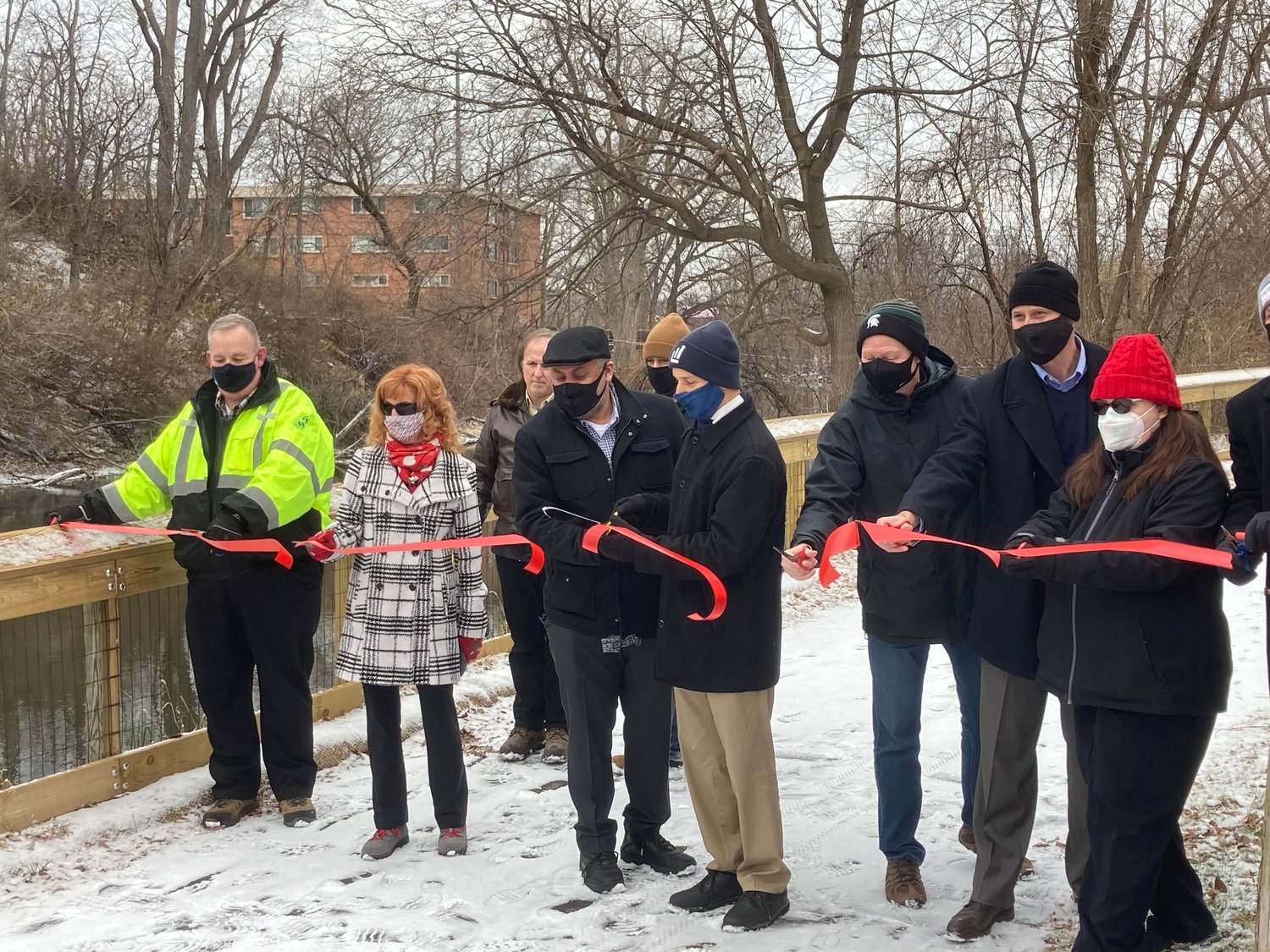 THURSDAY, Dec. 17 — Local officials celebrated a series of recent repairs along the Lansing River Trail today that will help stabilize portions of the 16-mile pathway from soil erosion for years to come.

“We were one flood away from the trail going out,” said Lansing Parks and Recreation Director Brett Kaschinski following a brief ribbon cutting ceremony along the trail this afternoon.

Natural stones and wire mesh boxes were placed this year along areas that are more prone to erosion from the river current — including a stretch of trail near Washington Avenue and west of the Potter Park Zoo, officials said. Steel sheets were also driven into the soil of the embankment near Moores River Drive. Fencing and crumbling paths were also fixed along the trail this year.

The cash for the repairs were funded through the Ingham County parks and trails millage with matching funds from the city of Lansing’s parks millage — a 0.5 mill proposal that was passed by voters in 2014, raising $3.5 million in its first year of collection.

That same millage proposal was renewed by voters in March through at least 2025.

Several bridge repair projects remain ongoing, including the rehabilitation of the Moores Park Bridge, three others west of the Potter Park Zoo, and two others — one just east of Kruger’s Lansing and another along Cesar Chavez Avenue in Old Town. Construction on the Bear Lake Pathway from Cavanaugh Road to Forest Road is also expected to start this winter and for a 2021 opening.

“The Lansing River Trail is a treasure in our city and it’s important to keep the trail safe for walkers, runners and bikers to enjoy. I’m appreciative that we were able to fix many potentially hazardous issues thanks to millage dollars,” Schor said in a press release.

During the pandemic, the trail has only solidified itself as an outdoor recreational gem for the Greater Lansing region. Officials tracked a surge in trail traffic this spring and local bike shops reported a busy season as local residents geared up for the trail.

Additionally, an outdoor fitness park opened in July along the river trail in downtown Lansing.