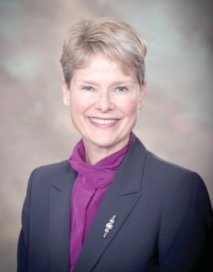 (City Pulse invited Ingham County Prosecutor Carol Siemon to respond to the letter on this page criticizing her views on life sentences without parole. In response, Siemon submitted an edited version of a statement by the organization Fair and Just Prosecution.)

On April 8, 64 elected prosecutors and law enforcement leaders — including attorneys general, district attorneys, prosecutors, police chiefs and sheriffs from around the nation — issued a joint statement urging policymakers to create mechanisms to reduce the number of people serving lengthy sentences who pose little or no risk to public safety, including by creating second chances for many in our nation currently behind bars. The statement notes that in order to end mass incarceration, justice system leaders must address the high number of individuals serving extreme sentences and cites decades of research showing that these lengthy prison terms have not deterred crime or promoted public safety. Signatories, including Ingham County Prosecutor Carol Siemon, urge criminal justice leaders to end the use of decades-long sentences and implement mechanisms to review and reduce past extreme sentences.

“It’s my belief that prosecutors should use their discretion to work for just outcomes to each individual case, under a consistent set of practices and beliefs,” Siemon said. “I believe that once an inmate has served decades behind bars, the public has an interest in their having a meaningful review of their incarceration,” Siemon said.

The statement calls for four concrete steps to reform our nation’s harsh sentencing practices and provide opportunities for release for those who have already served significant time and no longer pose a safety risk:

Vehicles for sentencing review — already created by laws in some states — that recognize people can grow and change;

Creation of sentencing review units and processes in prosecutor offices whereby cases can be identified for reconsideration and modification of past decades-long sentences;

Expanded use of compassionate release and elimination of obstacles and barriers that permeate the process, thereby facilitating release for incarcerated individuals who are eligible, including people who are elderly or terminally ill, have a disability or who have qualifying family circumstances; and

High-level approval within prosecutors’ offices before recommendations are made for decades-long sentences.

“Decades of increasingly harsh sentences have left the United States with the dubious distinction of being the world leader in incarceration rates; destroying families and communities without making us any safer,” said Miriam Krinsky, executive director of Fair and Just Prosecution, the organizer of the statement. “In a criminal legal system plagued by past failed ‘tough on crime’ policies, too many individuals who pose no threat to public safety are behind bars serving excessive sentences, draining resources that would be better invested in building and fortifying communities. We need elected prosecutors and policymakers willing to prioritize rehabilitation over endless punishment and committed to taking action to break the destructive cycle of mass incarceration.”

The statement highlights the fiscal concerns of extreme sentences, especially as the average age of those incarcerated grows increasingly older, as well as the humanitarian concerns resulting from denying people the opportunity for redemption: “While prosecutors and judges of decades past may have pursued and imposed harsh sentences with the misguided belief that certain individuals were incapable of rehabilitation, there is simply no justification for maintaining those sentences when a person demonstrates that the opposite is, in fact, true. There is no reason to conclude that the commission of a crime—no matter the offense—must define a person forever.”

Read the full statement and see the list of signatories below: