No social distance tickets, one arrest at Capitol rally

Police: Tensions high but no safety issues at Thursday protest 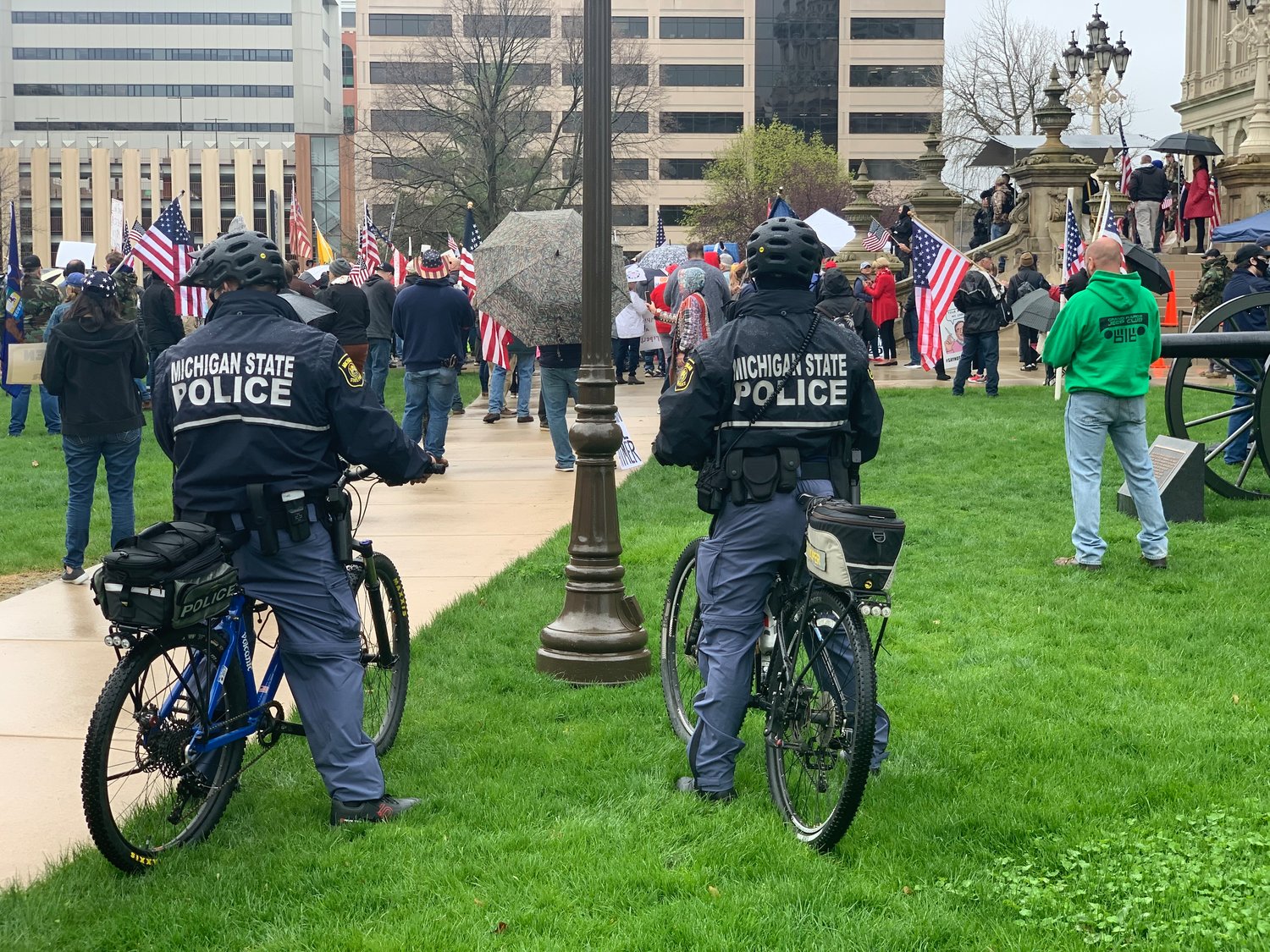 FRIDAY, May 1 — Cops warned several people to keep their distance from one another at yesterday’s rally at the Michigan State Capitol lawn but no tickets had to be issued, police said.

“It actually went pretty well,” said MSP Lt. Brian Oleksyk. “We didn’t issue any citations, but we gave verbal direction and warnings to people who were closer than six feet apart. Obviously, with the situation yesterday, it was difficult to enforce, but people had pretty much complied.”

Oleksyk estimates 400 to 700 people converged on Lansing yesterday to push back against Gov. Gretchen Whitmer’s extended “Stay Safe, Stay Home” executive order. Aside from increased traffic on some local streets, the crowd was mostly confined to the Capitol lawn.

“From a police standpoint, it was peaceful,” Oleksyk added. “Most people were respectful.”

Most demonstrators targeted Whitmer over the largely shuttered economy. Some lanes of traffic were clogged with honking cars. And while similar to “Operation Gridlock” that jammed up Lansing on April 15, yesterday’s “American Patriot Rally” clearly garnered a much smaller crowd, a vastly larger police presence and far fewer President Donald Trump signs.

Still, crowds of people — many with large rifles — were huddled closely together under umbrellas and blatantly ignoring Whitmer’s order to maintain an adequate social distance.

Under executive order, protests are allowed to continue but crowds must keep a six-foot distance from those outside of their immediate household or risk a misdemeanor charge.

Oleksyk recognized that ensuring people keep their space can be a challenging task for police.

“There was no significant traffic or other disruption throughout community neighborhoods,” an LPD spokesman explained, also noting that local police “received numerous compliments with regard to the high level of professionalism the officers displayed during the protest.”

The Capitol lawn is under the jurisdiction of the Michigan State Police. The Lansing Police Department assisted as requested, but it was otherwise tasked with monitoring the surrounding block. Some Ingham County sheriff’s deputies and East Lansing police officers were also asked to provide local assistance.

Demonstrators eventually tried to make their way inside the State Capitol, but capacity was strictly limited to 275. As one protester would leave, another would be allowed inside. Troopers, at one point, needed to form a line to close off a restricted section of the building.

“It was important to let people be able to exercise their First Amendment rights, but also for them to do so safely and without putting others in danger,” Olesyk added. “It went well.”

Only one demonstrator was arrested for allegedly assaulting another person at the rally, Olesyk noted. No other reports of alleged criminal behavior were filed.