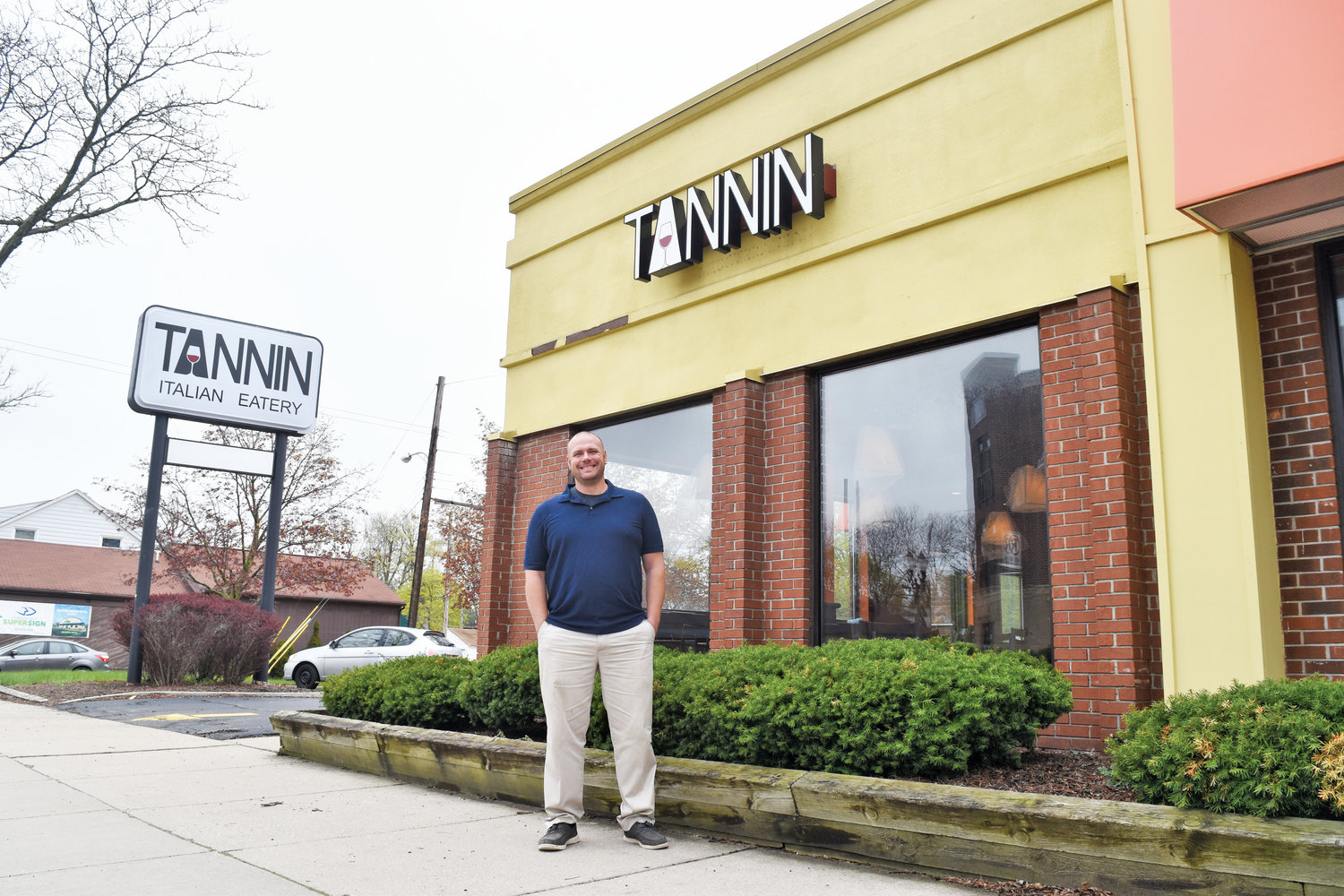 Chris Roelfs in front of his restaurant Tannin.
Posted Thursday, May 9, 2019 11:49 am
Dennis Burck

For nearly 100 years, Lansing’s east side Italian cuisine was defined by Emil’s on Michigan Avenue. The restaurant closed in 2015.

But the long wait for freshly made pasta will be over soon as former Okemos mainstay Tannin moves in — blocks away from the old Emil’s site — in the former Tabooli and Kentucky Fried Chicken drive-thru restaurant.

“There are not a lot of those around here I found, which is why I did this,” Roelofs said. “I would always enjoy going over to these hole-in-the-wall places in Philly. We want to replicate that with a modern understanding of food.”

Tannin opened in 2013 as a high-end Italian fusion restaurant with an exquisite wine list.

“We did well as a high-end restaurant, but it didn’t always sit well that we were inaccessible to some people,” Roelofs said.

Head chef Nick Fila traded his chef’s knife for a hammer the past seven months, renovating the inside to be up to snuff for fine dining.

“There is an awesome community of chefs that will be working here and we can’t wait to join it. It drives people down here. As long as people are coming to one, it is good for everybody because they will try us at some point too,” Fila said.

Fila and Roelofs are trying to network with Lansing growers to stock the finest produce available. Having the Allen Neighborhood Center’s farms and produce a block away will be an asset, Roelofs said.

Wines and craft cocktails will also be featured.

“Drinking the right glass of wine with your meal will, in fact, make your food taste even better,” Roelfs said.

Tannin will mostly feature smaller producers in Italy and France.

Roelfs recommends Italian and French wines for most meals because they are lighter and more subtle. Their acidity pairs nicely with richer dishes and cuts the fat, revealing all the hidden flavors.

The last few months have been long without seeing customers.

“For me, it is exciting to have a kitchen up and running again where I will come in and Nick will be able to experiment with something,” Roelofs said.

The restaurant is looking to employ 15, depending on the launch. A grand opening is planned in the future.

“I am a people person, and a restaurant is a very friendly and almost familial environment when it is running well,” Roelofs said.

“We are trying to bring a slightly different cuisine to the neighborhood and see what people think about it.”