At home in the world 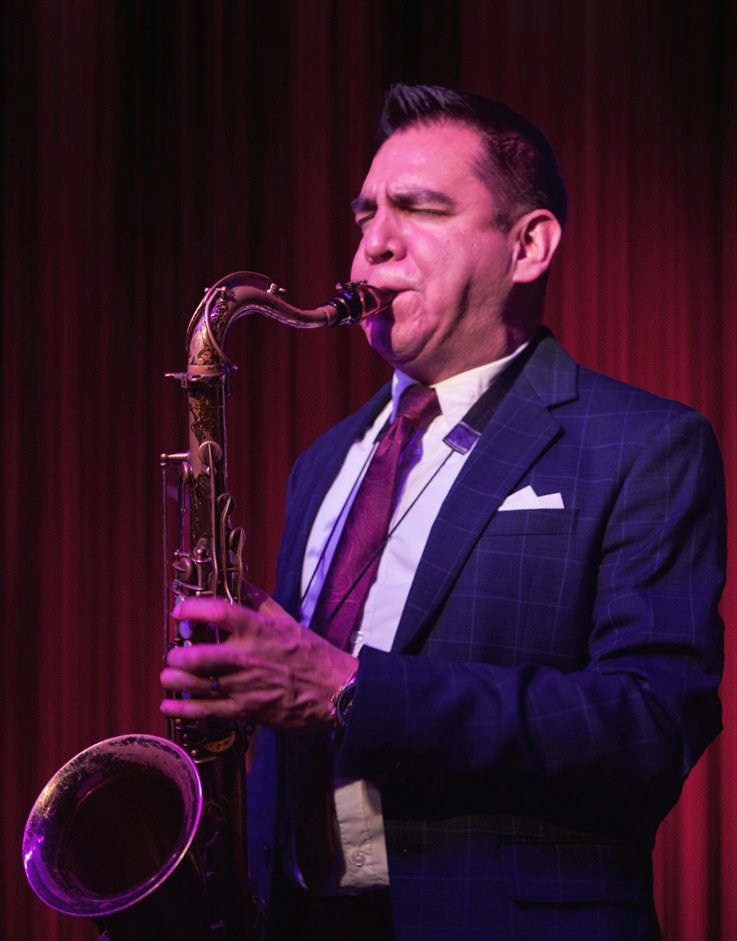 SATURDAY, March 20 — MSU jazzman Diego Rivera doesn’t sing — at least in public — but when his supple saxophone and restless mind delve into a melody, mapping its crevices and contours like a world explorer, every song becomes a story.

“A song can take you through a journey of emotions and events, or it can be a snapshot of a single emotion, like the day you meet your child,” Rivera explained. “It’s a split second you’ll never get back, but if a song is done well, it will sustain that feeling for four or five minutes.”

Rivera’s new album, “Indigenous,” packs in a lot of stories, including his own.

Rivera is a home grown Lansing treasure who made his way to the top of the MSU Jazz Studies program to play and teach in the company of national treasures like bassist Rodney Whitaker and trumpeter Etienne Charles. By now he is a national treasure himself, and a citizen of the world. “Indigenous” takes the listener on an ambitious tour, from the mythic Aztec homeland Aztlán to a sandy beach in the Aegean Sea, from a ballroom in Mexico to the ghettos of Johannesburg. The album has gotten great notices in the jazz press and is inching toward the top 10 on JazzWeek Radio, but Rivera is reaching beyond the jazz world to a global audience.

“It’s music I’d wanted to record for a while, but I’m glad I held off, because it all worked together as a narrative,” he said.

The word “indigenous” has many layers of meaning for Rivera. The title track was inspired by his experience as a kid, when his parents took him to powwows and other Native American ceremonies.

“The intensity of the singing and the music, the drums, were so arresting to me,” he said. “It was usually a male voice, in the upper register, somewhere in between singing and crying.”

The melody is simple but built like a brick house, with pianist Helen Sung laying down boulder-weight chords in the manner of pianist McCoy Tyner’s work with saxophonist John Coltrane.

“Aztlán,”named after the ancestral home of the Aztecs, feels like Rivera’s musical home, a rock-solid ridge poised between volcanic, Coltrane-like eruptions and warm, Lester Young-ish valleys.

“The idea of Aztlán is about as indigenous to the Americas as you can get,” Rivera said, “The idea of belonging is an indigenous feeling. We all feel we need to belong.”

Rivera’s soprano drifts like a salty-sweet breeze on a Greek hit tune, “Asta Ta Malakia Sou.” The song describes a man watching a woman on a beach, fighting the wind as it blows her hair.

“He’s thinking, ‘Let your hair go, just let it blow in the wind,’” Rivera said. As with most tunes Rivera picks, a deeper message — just be yourself — melds with the scenario’s literal attractions. There’s a personal factor here, too. Rivera’s mother-in-law sang it to his wife, Maria Chondroudi, and Chondroudi sang it to their two young daughters. He wanted to emphasize the lingering melancholy side of the song, so he delayed the major key relief to the end.

“Coltrane let us know it’s OK to do. He gave us the green light on that one,” Rivera said with a laugh.

Rivera doesn’t compromise on technique, and his influences run deep into the history of jazz, but he is always happy to see non-jazz fans respond to his music.

“I was playing ‘Asta’ in a jazz club in Greece, but as soon as I played it, people were receptive to it, but not as jazz fans,” he said. “It was the Greeks in the room that stood up and applauded.”

Another international hit Rivera reworked for “Indigenous” is “Shir LaShalom” (“A Song for Peace”) by Yaakov Rotblit, a beloved Israeli anthem. When Israeli Prime Minister Yitzhak Rabin was assassinated in 1995, a copy of the song, stained with blood, was found in his shirt pocket.

“The dead are talking to the living about the senselessness of war — ‘There are no prayers to bring us back, sing a song for peace,’” Rivera explained. “The original is like a rock tune. I extracted one emotion, a somber, melancholy emotion from it.”

Lest you conclude that “Indigenous” is all melancholy, check out Rivera and trumpeter Etienne Charles, circling in sweet harmony like ballroom dance partners in “Sabor a Mi,” a 1959 bolero by Mexican singer Alvaro Carrillo.

“We have a strong personal connection and we think about music the same way,” Rivera said. “It always has been easy to play with Etienne.”

At the recording session, pianist Helen Sung turned to the pair after they finished playing and said, “You guys have done this before, haven’t you?”

The polish and poise of the session, and the confidence of Rivera’s saxophone playing, belie an unspeakably grim circumstance. The tracks were recorded June 4, 2019, the day after drummer Lawrence Leathers was murdered.

Leathers, a highly respected New York drummer, studied at MSU and played hundreds of times with Rivera at Harper’s, Villegas, the Temple Club and other Lansing area venues in the 2000s.

“It was difficult for me to get through, personally, and for everyone in the band. It was a rough one,” Rivera said.

Rivera, Charles, Sung, bassist Boris Kozlov and drummer Donald Edwards hunkered down, pooled their best ideas and got through it together.

“The cats were so supportive,” Rivera said. “They knew what I was going through personally. They were going through it too. There was this sense of, ‘let’s make a great record today.’”