Dedria Humphries Barker, a Lansing resident, is the author of “Mother of Orphans: The True and Curious Story of Irish Alice, A Colored Man’s Widow.” Her opinion column appears on the last Wednesday of each month. She will join author Thomas C. Foster and City Pulse editor & publisher Berl Schwartz for a panel discussion on writing, which is free and open to the public at 7 p.m. Thursday, Oct. 13, in the Lake Erie Room of the Library of Michigan, 702 W. Kalamazoo St., Lansing.

I gave my journalism students an assignment to use the internet to discover information about public people. One was Lansing Mayor Virg Bernero. We looked for his residence, his spouse, her occupation, the number of children he had, their schools.

The information was right there on the internet. My students were outraged. It felt slimy, they said, to get his personal information without his knowledge.

Surprised, I pointed out, your generation shares all this personal information on the internet, on social media. You tell all your business.

That was the start of our era of too much information, misinformation and a lack of privacy. So it may seem odd for me to talk about missing information. But what I want is reliable sources providing necessary information.

I believe that Gov. Gretchen Whitmer's office is a reliable source, but last week it did not share necessary information about the 11 people appointed to her creation, the Michigan Parents Council. The Council is to advise her on the policymaking process involved in the state education budget.

There are all sorts of people on there. One I like particularly is LaQuitta Brown of Detroit. She is employed as a certified nursing assistant at Boulevard Temple Care Center, a nursing home. My grandma lived there at the end of her life and was treated very well. Our family was pleased. Brown also works as a COVID 19 screener.

Yes, work or vocation is one aspect that has great effect on parenting students. For instance, Brown, CNA, may be able to share with the governor what it's like to parent while working a 24/7 job situation. 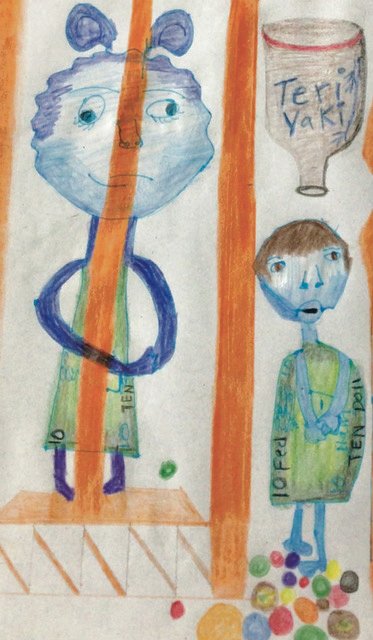 I appreciated these job facts about Brown, but it seemed a little strange to learn about her employment and nothing about her parental experience. After all, she was appointed to a parents' council.

That group statement attempts to protect privacy and ease fears of individuals living in our state where people went to trial for plotting to kidnap the governor at her vacation home. And generally, few parents want to broadcast information about their beloved minor children.

But politicians do it all the time, despite the issue of security, and safety. They post photos of themselves and their families on their campaign literature. Full color photos of their kids. The implication is, vote for me because I have three children.

In most cases, the family configuration of a public servant is irrelevant to public service. Back in the day, employers used to wrongly justify decent living wages for men because they had a family to support. Women who also had families were given no such consideration.

Occasionally, being a parent is a qualification. Like for the Michigan Parents Council. However, excepting one appointee, Stacy Ann Sipes, no information forthcoming about parenting or school affiliation. Sipes is the president of the Potterville school board. I assume she has at least one child in that district; that she is a Potterville parent. But that I had to guess.

Guessing is as close are we get to knowing. Did the appointees write their own biography? That is a common practice. If so, kudos to Sipes for including this important qualification. Other appointees should have been asked to include something on parenting.

Parenting would be the point to being on a parents council.

I trust that these members were vetted for parentage. However, at this moment in the Michigan, U.S.A., trust is in short supply. Let's be mindful of that, and attend to it.

The problem with selecting based on personal characteristics is its yeast for personal attacks. Like when the Republican candidate Tudor Dixon called the governor a "birthing vessel." Black people call that kind of attack “playing the dozens.” Whether or not, or what kind of mother the governor and her challenger are, has nothing to do with running the state. Shame to the Republicans and their focus on our personal lives.

Selecting people on their personal characteristics is tricky, but selecting on character is worthwhile. Does the person have a sense of decency, or is so clueless about what it is to be a mother, that they value a mass of cells over an already living person.

I laud Whitmer for wanting parents to gather together. Parents must be involved to improve education in Michigan. Generally, that has been through the Parent Teacher Association. One appointee, Tracey Troy, of Dewitt, is the president of the Michigan PTA. But her parenting, her school is what? I just want clarity.

It could be handled through a generic statement on each appointee. Number of children; I don't need their names or ages.  And more importantly, include the appointee's school district, or private school association, or if they home school.  Something like, "Ms. Brown parents two Detroit Community Schools' students."

Maybe she does; maybe not. I don't know. I guessed. That's what happens with missing information. Some people dig around to find it, but others make it up. It's easier.

Tell me the appointees are qualified, and how. Do it generally so as not to put anyone in danger of the crazies out there. But provide some specifics to also move the needle forward on trust. It's a tricky communication, but worth the effort to build trust. That's what education, especially public education, needs today.