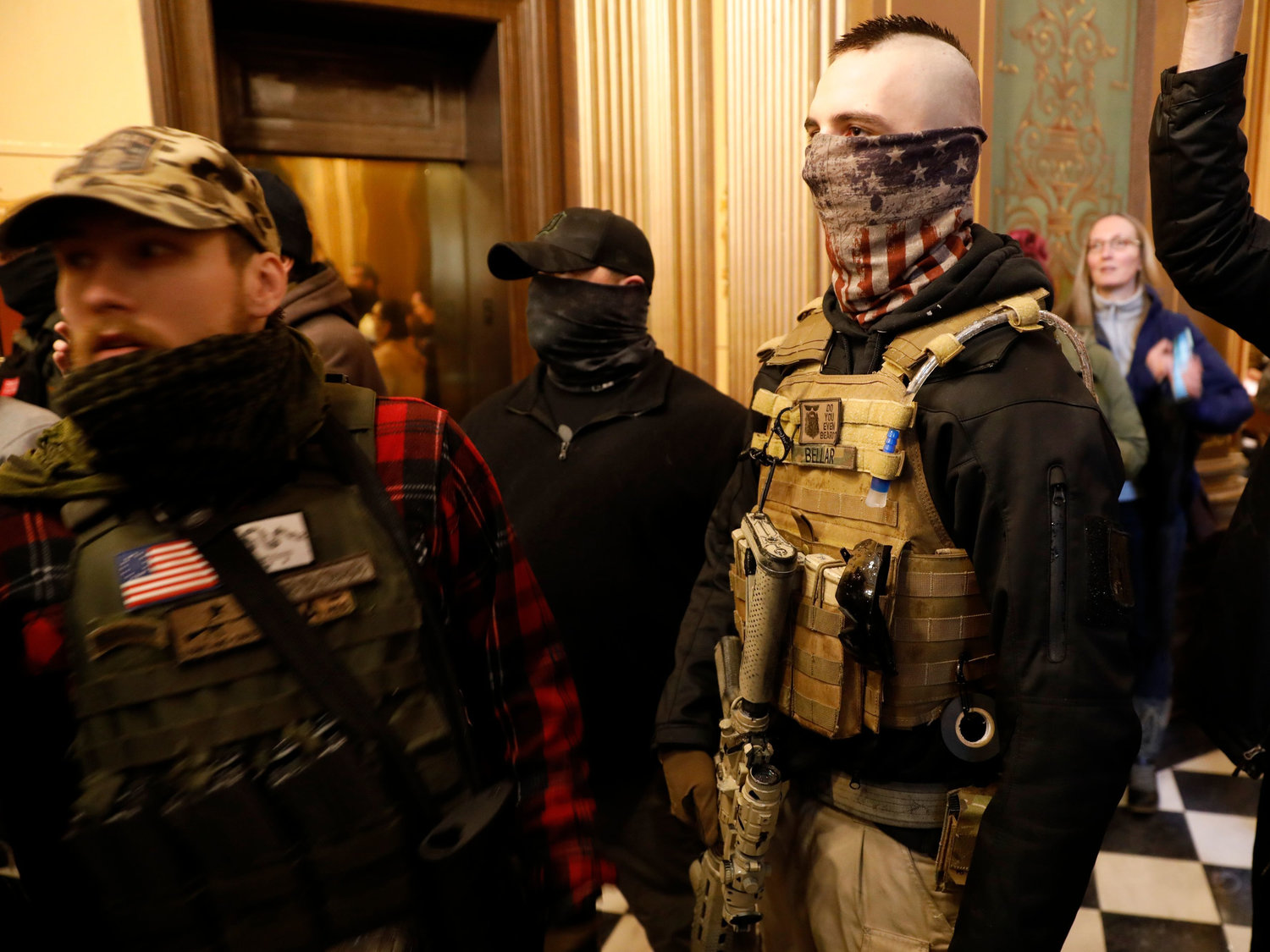 THURSDAY, Jan. 14 — The Southeast Michigan Volunteer Militia is directing its membership to avoid Lansing on Sunday amid the expectation of more armed and violent protests downtown.

“We have received intelligence that this may be a false flag event,” said Michael Lackomar, Militia team leader. “We have additional intelligence that the Proud Boys intend to be there to cause ‘maximum chaos.’ In our security assessments, we believe protesters will not have safe escape from downtown should things go sideways. We are encouraging people to stay away.”

The FBI has warned law enforcement agencies across the country of planned rallies at all 50 state capitols as well as in D.C. on Sunday, Jan. 17 through President-elect Joe Biden’s inauguration on Wednesday, Jan. 20. Officials don’t expect Lansing will be an exception.

The Proud Boys touts itself as a pro-Western civilization organization. Its members have attacked people of color, progressive, left-leaning and LGBTQ people. The Southern Poverty Law Center also designates the Proud Boys as a “general hate group” under the label of “extremist group.” The Anti-Defamation League lists them under “bigotry” in its extremist monitoring. Some of its members also promoted the Jan. 6 insurrectionist riots in D.C.

Before today, Lackomar indicated that the Southeast Michigan Volunteer Militia would attend Sunday’s rally in Lansing. But after stumbling across anonymous event flyers online, he’s now concerned that the protests have been created by anti-fascist or communist organizers.

Meanwhile, law enforcement has been working to secure the downtown area in preparation for protests. Earlier this week, Lansing Mayor Andy Schor requested Gov. Gretchen Whitmer deploy the Michigan National Guard to assist in the event of civil unrest. The Michigan State Police will also set up an emergency operations center in tandem with other local agencies.

A six-foot-tall fence is also set to be constructed around the Capitol building by tomorrow night.