Michael Zadoorian goes to the dark heart of normal 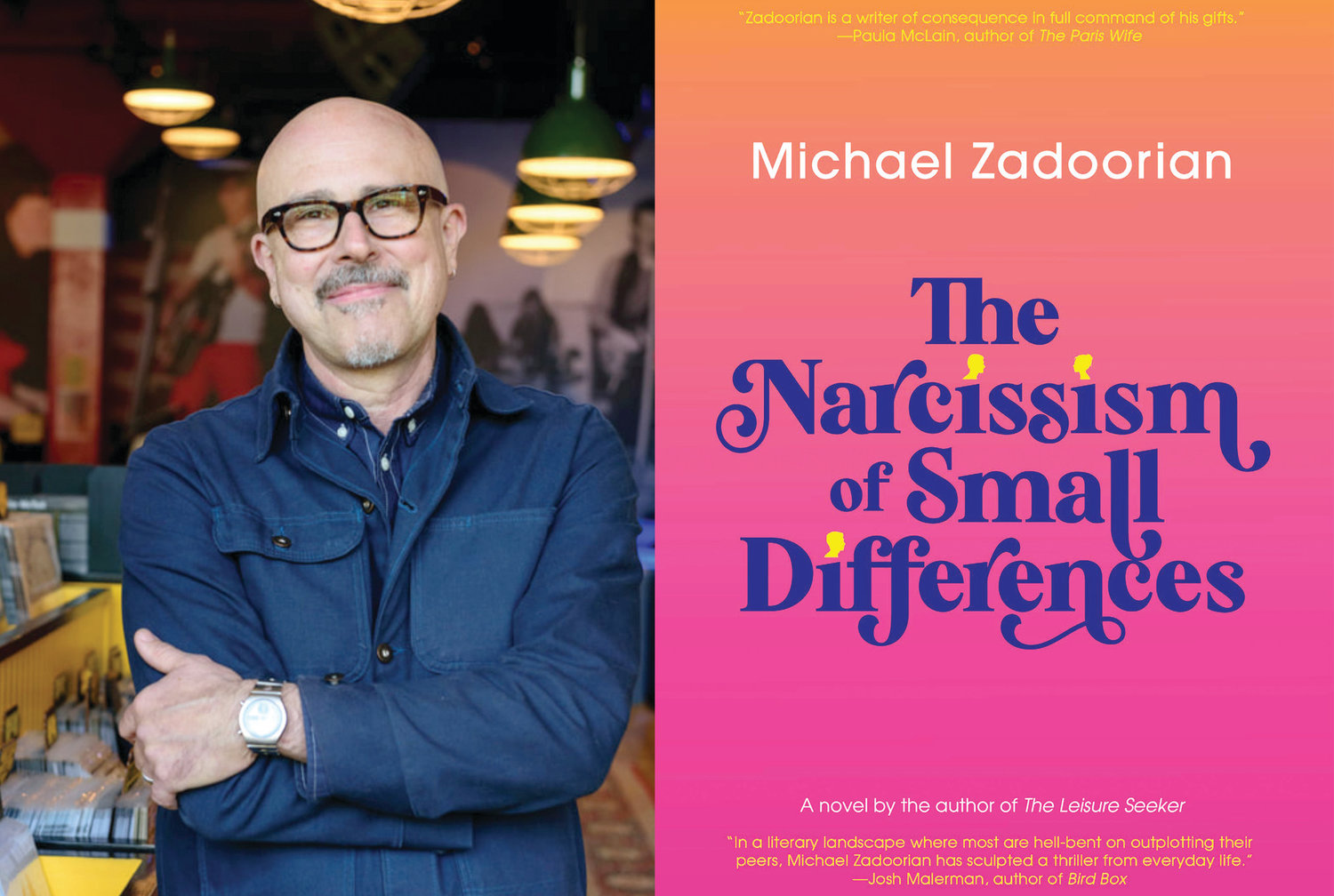 If the very idea of irony were to die during the coronavirus, how would one bury it? A new book by Ferndale writer Michael Zadoorian might provide an answer. While working as a copywriter in the post-glory-days of Detroit advertising, Zadoorian claimed to be an author. However, it’s only in recent times that he’s become critically acclaimed.

Zadoorian has always been a very good writer who never strayed far from his Detroit roots. Two of his early books, “Second Hand: A Novel” and “The Lost Tiki Palaces of Detroit,” were cult-like, ironic tributes that circulated mainly among his followers. His 2009 novel “The Leisure Seeker” struck pay dirt, becoming the basis for a 2018 film starring Helen Mirren and Donald Sutherland. He quickly followed that effort with “Beautiful Music,” which won a Michigan Notable Book Award.

His fourth novel, “The Narcissism of Small Differences,” about a couple looking 40 in the eye, who have hit a rough patch in their relationship, continues his climb. The book’s protagonists, Joe Keen and Ana Urbanek, are part of the hip Detroit creative class who have fallen into a routine when the 2008 recession strikes. In the book Ana asks Joe, “Are we weird?”

Ana is a fast-rising advertising executive, while Joe is a little more laid-back, working as a freelancer while he writes his novel. They are unmarried and childless. Frankly, they have become boring — until the book reaches its major reveal. But you will have to read the book to find out exactly what it is. It’s front and center in chapters like “Heart of Tiki Darkness” and “The Mythos of the Broken Hipster.”

Zadoorian was expecting a big book launch with all the bells and whistles until the world shut down and he was forced into a virtual book launch by livestreaming on Facebook.

“I guess you could say I am ‘pimping’ my book,” he said in a phone conversation from his home in suburban Detroit.

“I don’t see face-to-face library and bookstore events happening and it has sent writers scrambling,” Zadoorian said. He was pleased that 500 people viewed his book launch live, and a total of 1,700 have watched it since.

Zadoorian said the draft of the book had been sitting on his shelf since he started it in 2007. He said it originally had a couple different names, such as “Broken Hipsters” and “The Midlands” — in honor of a bar he, his spouse and his friends hang out in.

“It was a period piece that never found a home,” he said. “It was of the moment and the editor went, ‘ho-hum.’”

So, he did what authors do and put it away. Years later, after he wrote about it in a blog, editors showed renewed interest.

“There was a national conversation going on about Detroit, and I thought the book was going to be another ‘comedy of manners,’” Zadoorian said, referring to a literary technique drawing on a comic technique that satirizes contemporary society.

“Twelve-plus years had gone by, and I’m happy they didn’t want it then,” Zadoorian said.

It wasn’t planned this way, but now — in the heart of the coronavirus crisis — the book takes on much more existential meaning for readers who are searching for something. In many ways, the fictional backdrop of the financial crisis seems trite in today’s world.

Like joining Joe for some treacherous spelunking in an abandoned tiki joint, where Joe seems to be looking for what he calls “broken beauty in some things and what memories represent.” He could almost be talking about his relationship with Ana.

“I have a fascination with what’s gone. I keep writing about memory and things rendered obsolete,” he said. He also has drawn on his friends, much like Jack Kerouac did in his books, to provide a colorful backdrop and ribald humor.

“Kerouac mythologized all of his friends and I stole such things from my friends,” Zadoorian said. After all, his book dedication reads: “To my friends.”

But let’s be clear: the book isn’t only about old friends jesting and slapping each other on the back. This is a book that will make you uncomfortable, as Ana and Joe’s “small” differences come to a climax.

“I had to ask myself, ‘Do I want to write about that?’ But generally, it’s the most interesting things that make you uncomfortable,” he said.

The book’s title, borrowed from a Freudian theory, helps define the hypersensitive dynamic between Joe and Ana. Zadoorian delves deeply into relationships. He doesn’t shrink from describing the challenges this longtime couple face, and you really don’t know where that relationship is going until the book’s end.