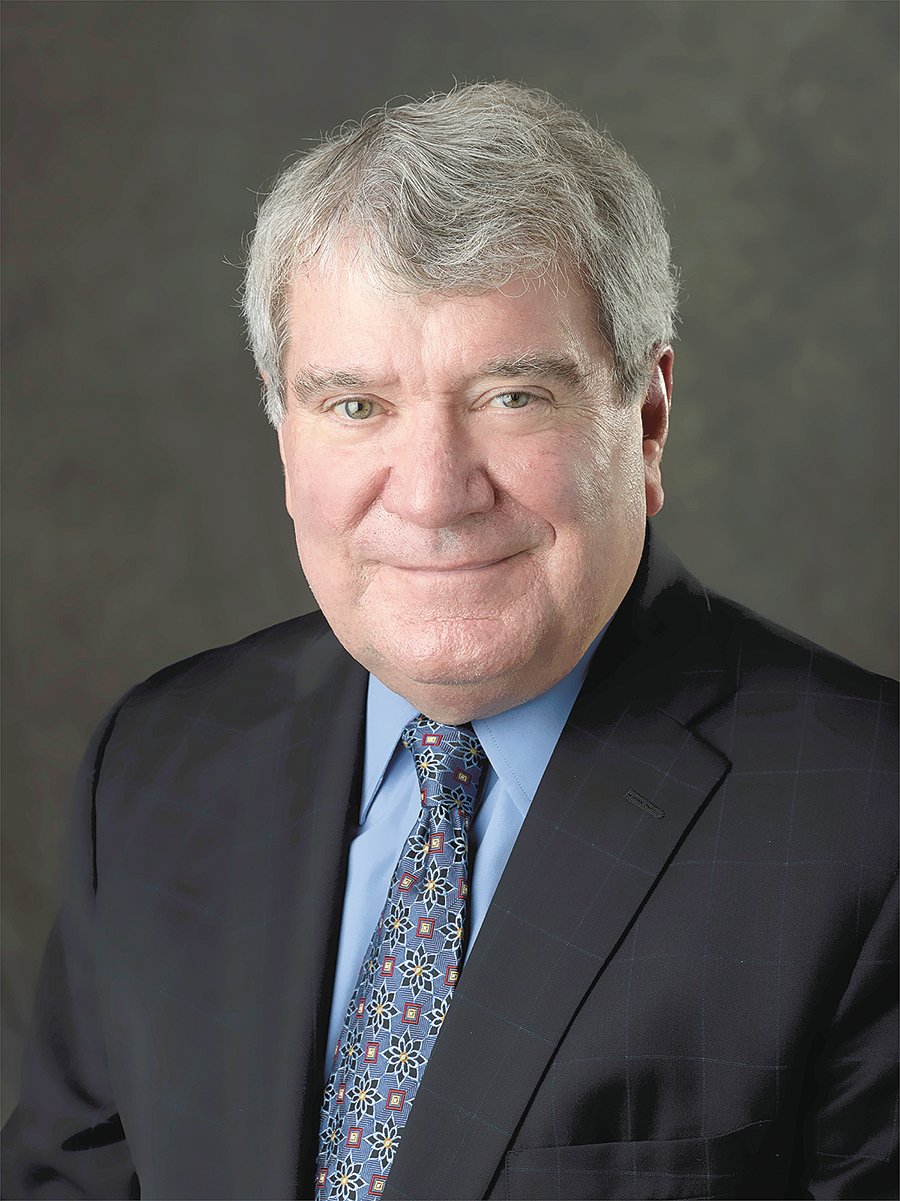 Michael Brand, director of MSU’s Wharton Center since 2004, announced his plans to retire this week. He plans to exit before the fall, although he is willing to stay on a bit longer, if asked.

Brand, 72, flexed his expertise in presenting Broadway shows at the Wharton, bringing major shows like “Hamilton” and “Wicked” to East Lansing, but he also pursued a passion for the performing arts drawn from his younger days as a Minneapolis trumpet player. He built a well-endowed, multi-faceted outreach and educational wing, the Institute for the Arts and Creativity, which he considers to be his signature achievement at the Wharton.

Brand and his wife, Peggy, want to spend time with their daughter and two young grandsons, who live in Vienna.

“I’ve been working in the entertainment for 55 years,” Brand said. “My dad was retired for 12 years at my age. And 17 years is enough for one director.”

When Brand was hired as director in December 2003, the Wharton Center featured top performing artists from around the world, but it was fighting a reputation as a big brick bunker of Broadway blockbusters parked on the periphery of campus.

Brand met with college deans, built partnerships with the departments and persuaded sponsors like the MSU Federal Credit Union to help establish the Institute for the Arts and Creativity, a vehicle for arts education that reaches across Michigan and beyond. He pulled touring artists into pedagogical service, arranging for them to work with MSU and local high school and grade school students.

No MSU department was too arcane for him to yoke to the performing arts. One of Brand’s more outré outreaches plumbed the mysteries of MSU’s Facility for Rare Isotope Beams, next door to the Wharton Center, fusing physics and the arts in a dance project called “Isotopes in Motion.”

“Most of it is to help kids experience and learn to grow in self-confidence, to feel they can accomplish things,” Brand said.

The outreach and education blitz was reflected in a transparent, glassy new front office and entrance complex that gave Brand room to hire more staff and seemed to open the Wharton to the outside world.

The institute’s programs are still thriving, even through the pandemic. “Take it from the Top” connects young kids with Broadway actors, dancers, choreographers and other pros. The Young Playwrights Festival brings students from across the state to compete for a shot at having their one-act plays staged at the Pasant Theatre. Wharton Center also sponsors statewide high school musical theater awards. Two of this year’s winners went to the New York’s national Jimmy Award competition two weeks ago. “Two years ago, one of our kids got a job on Broadway while he was finishing high school,” Brand said.

Among 2020’s many online programs was a lengthy seminar on how to make it in the acting profession with Tom Hanks, then on location in Australia.

The Wharton job not only challenged Brand to mix his business savvy with MSU’s educational mission, but also reconnected him with his roots in the performing arts.

Brand, a native of St. Cloud, Minnesota, started out as a trumpet player, first in local bands, and later in the Minnesota Orchestra, the Metropolitan Opera Orchestra and, for 16 years, the St. Paul Chamber Orchestra.

Although he was living the dream as a thriving freelance musician, he itched for something new to do. He saw the chance to get out of the back row of the orchestra when The Ordway, a new performing arts center, was formed in 1986 in St. Paul. He started as an intern in the theater’s development department, gigging on the side in case the gamble didn’t work out. Within a year and a half, he was in charge of programming and marketing, and the Ordway was on its way to becoming a premier national venue.

In the late-’90s, Brand ran a major New York theatrical production company, Jujamcyn Productions, from an office in Minneapolis, where he oversaw six subscription series in markets across the country. Impressed by Brand’s talent for spurring growth, entertainment conglomerate Clear Channel bought Jujamcyn and took Brand along for the ride as vice president of its new theatrical division. With Clear Channel, Brand went even bigger than Ordway, midwiving the rebirth of the Baltimore Center for the Performing Arts and helping to establish the Fox Cities Performing Arts Center in Appleton, Wisconsin. Both venues quickly built up massive subscriber bases and packed seasons.

Brand treated his 2003 interview for the Wharton Center job almost as “practice” for something bigger, until he saw what was going on at MSU.

“I was kind of earmarked for a nice job on the East Coast, but I decided what was going on here was more exciting,” he said. “We had just done the U2 concert, we were programming all these big acts at the Breslin Center, and it just seemed like a more rounded opportunity.”

When Brand came to MSU, the Wharton Center’s budget was about $5 million, a fraction of the sums he was used to managing.

He had the advantage of joining a remarkably stable organization. The Wharton Center has only had three directors in its 38 years: Ken Beachler (1982-1992), Bill Wright (1992-2004) and Brand.

When programming Broadway hits, music, dance and theater, Brand balanced his tendency to think big with the constraints of a smaller market.

“Megahits are a marketing tool,” he said. “They run two, three to eight weeks and dominate, but the performing arts are very important to the university.”

Brand decided early on that Wharton would complement the MSU College of Music’s many classical and jazz recitals, rather than compete with them, by concentrating on big-name artists like Itzhak Perlman, Wayne Shorter and Yo-Yo Ma — megastars that could fill the house.

“I have to target a big hit each year, sometimes two, but on the other hand, I can’t over-program a market of only 400,000 people, not a million and a half,” he said.

Being responsible for a staff of over 40 people, and planning a year’s worth of big shows in the flux of economic ups and downs — not to mention pandemics — is not a job for the squeamish.

Ticket sales are highly sensitive to economic health. Milk is a necessity. “Les Mis” — not so much. This week’s California droughts had Brand’s mind racing. With the Wharton Center set to re-open this fall after a year and a half of COVID-induced darkness, would the prospect of rising food prices, and general inflation, discourage ticket buyers or big donors from opening their wallets?

“You have to keep your eye on the macro-economy and the local one,” he said. “Just getting up in the morning and worrying about where I’m going to bike, or play tennis, is going to be fun.”

He indulged in an impromptu one-man play, as his future self: “I think I’ll take a nap and wash my car.”