The ‘most popular giraffe in Michigan’ began as a prank 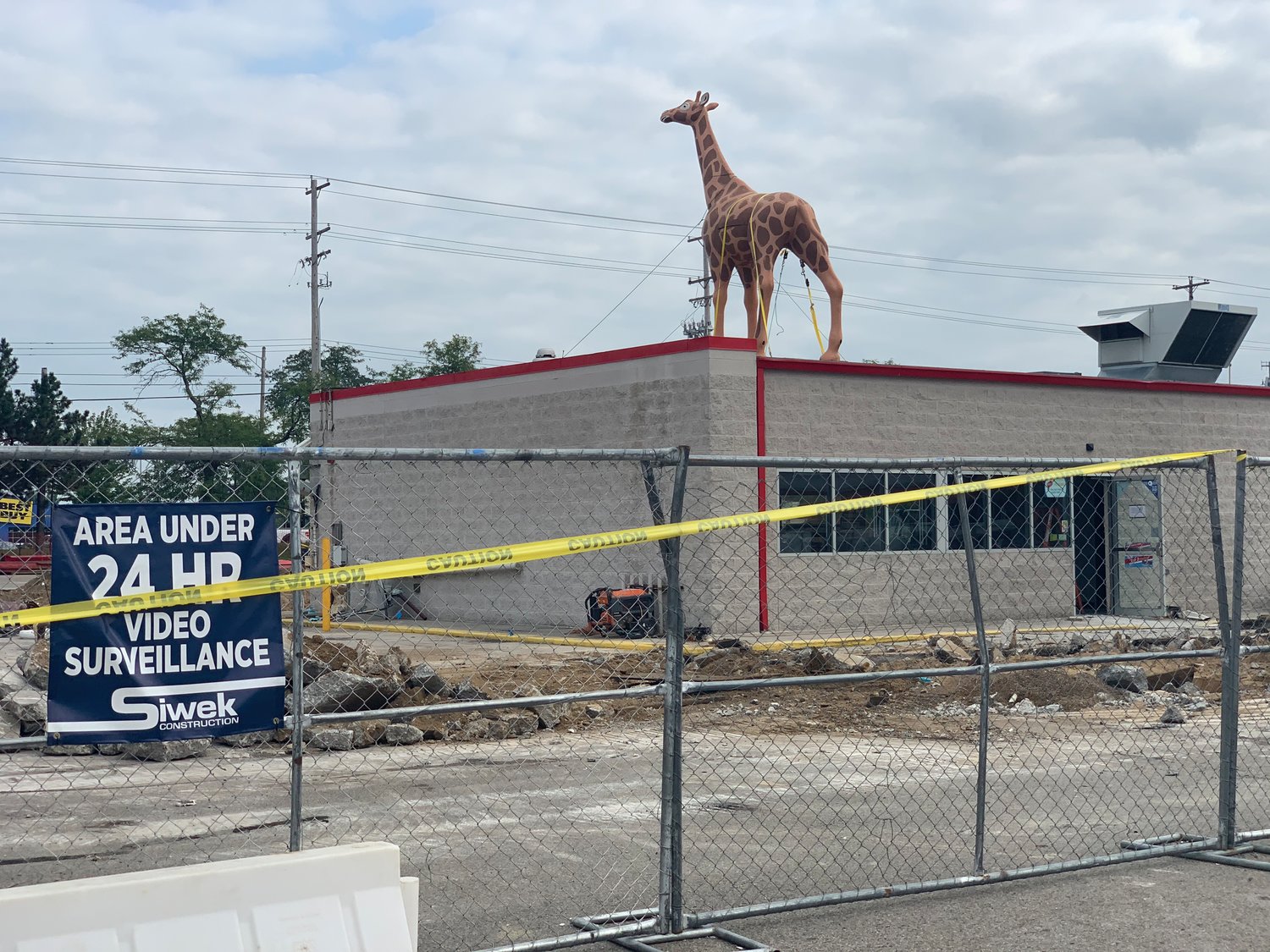 WEDNESDAY, Sept. 1 — Since it mysteriously appeared on the canopy of the Meijer Express Gas Station in the early 1970s, the iconic giraffe statue that overlooks Saginaw Highway has been a conversation piece among Lansing residents, full of both folklore, speculation and satire.

And now, after weeks of dogged investigative reporting from City Pulse, officials at Meijer have finally separated fact from fiction, laying out the true origin story of the giraffe in an email today.

The story of the “most popular giraffe in Michigan,” as Meijer officials labeled it, begins with the opening of the West Saginaw Meijer in 1966 — the fourth store outside of West Michigan. Throughout the '70s and '80s, each Meijer featured a playland for children called “The Oasis” in the center of the store. Often, those were filled with kid-friendly animal statutes.

During a store remodel, a contractor ordered a giraffe that was ultimately too large for the kids to play on. Rather than return it, the contractor played a “joke” on the store manager and installed the statue on the canopy roof of the gas station. And aside from a brief relocation for a renovation at the gas station last month, it has sat perched above the store ever since.

The store considered removing it once, decades later, thinking it was a “thing of the past,” officials said. But the response from the community was so immediate that store leadership brought it back by popular demand. And they have no plans to bring it back down ever again.

“The Giraffe has been a local landmark for more than 50 years, so keeping it safe has been our priority as we planned our remodeling project,” according to a statement from Meijer’s corporate offices. “We know how much the community values it being part of their shopping experience.”

The statue was removed two weeks ago amid ongoing renovations. Its absence ignited a social media panic among longtime Lansing residents, even triggering an online petition to “put the Meijer back on the gas station or so help me” that has garnered more than 900 signatures.

A few days later, the giraffe returned to the rooftop “as a gesture to the community for its passion and caring toward this community landmark,” according to a statement from Meijer.

Don’t panic: The giraffe will be removed again and put in storage as the remodel continues, but corporate officials promised it will return when the new and improved gas station reopens this fall. The statue is also set to be refurbished. Stay tuned for continued investigative coverage.