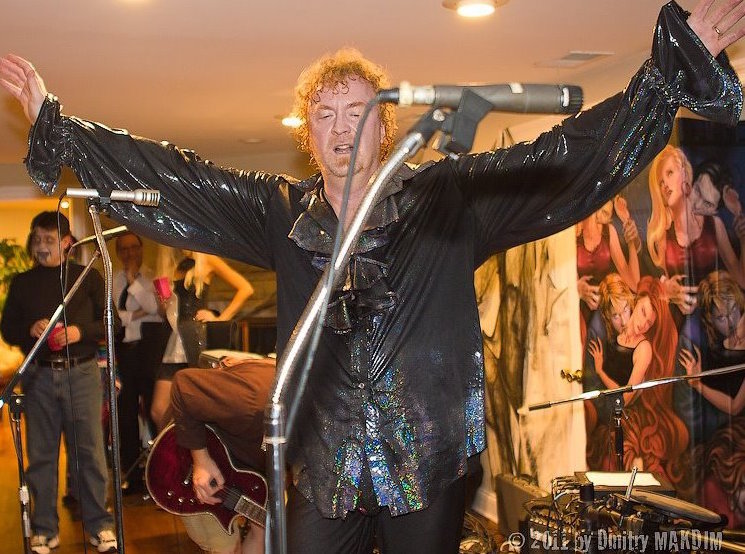 TUESDAY, Nov. 19 —  Frank Zappa, Brian Eno and David Byrne — these are just a few of the avant-garde minds that inspired “Lansing MI,” a hilariously lo-fi masterpiece of a music video.

The video, which touches upon the greatest hallmarks of bizarre public access television and shouts out El Azteco, made the rounds across local social media after it was shared by the popular satire account Lansing Facts. It’s also the third or fourth result if you type “Lansing” into YouTube’s search bar, beating out several professionally produced tourism commercials.

The song runs through all the things Lansing is not, and explains what Lansing has to make up for it. While perhaps not a globally relevant city, Lansing should apparently be proud of the Frandor shopping center.

But who’s the musician behind this fever dream of a music video? His name is Pete Downes, and his roots in Greater Lansing dig back a few decades.

“I primarily play guitar, I started when I was 13 years old. When I was at Michigan State University I played in a number of bands — one called Mebal Chimney; one called Blue Ruen,” Downes said. “I also played in a cover band called Indiscipline, we used to play at Rick’s almost every month during ’88 and ’89.”

Downes, 54, an Okemos native and MSU graduate, was inspired to film the green-screen-fueled video after finding a demo tape of the original song while digging through his archive of old recordings.

The original version of “Lansing MI,” performed by Downes’ band Freebus and Ffejmo did not have the good graces of modern home digital recording. The group, which included Downes and drummer Jeff Possanza, recorded a demo with Possanza’s boom box, and the track would remain on a cassette tape for 16 years until its eventual music video makeover.

“We originally did the song back in 1994, while Jeff was still living on Hayford Street,” Downes said. “It was one of those things — we were jamming, doing improv stuff and laughing about being in Lansing.”

But it would take nearly two decades and the talents of a new drummer, Dominic Vaglica, for “Lansing MI” to reach its full glory.

“Sixteen years later, I found it and said, “Oh my god, this song is hilarious. I should do a video for it,” Downes said. “It was Veteran’s Day, or a Good Friday or something like that. It was a day I would be home alone. I called up Dom and said, ‘Dude, are you free that day? I want to remake this song.”

Vaglica laid down a drum track, and was filmed playing in front of a green screen. Downes did the same for his contributions — vocals, guitar and bass — and later spliced it all together.

The unabashedly DIY approach, with Downes and Vaglica fading in and out of the green screen background — a crude slideshow of public domain images highlighting Lansing landmarks — resulted in a comically surreal video. Downes laughed when he was informed of its high-ranking on the YouTube search tab.

“It’s absolutely meant to be a joke. It’s intended to be a comedy piece and make people — especially people from Lansing — smile.”

Downes said he inherited his tongue-in-cheek attitude toward music and videography from the legendary guitarist and pop culture saboteur Frank Zappa.

“It’s the attitude of who gives a fuck what other people are doing, just do it the way you want to do it,” Downes said.

Despite his effortless ability to thoroughly strike the nerve of Lansing’s absurdity, Downes has not permanently resided in Michigan for almost 30 years.

The video troubadour moved to Chicago in 1991, going on to play the whole gamut of instruments in a countless number of bands. His group God Wafer sold some tracks to the Discovery Channel series “Urban Explorers” and another of Downes’ bands, Kentucky Jelly, were featured on the Chicago-based alt-rock station WXRT and played a gig opening for the legendary Ohio post-punk group Pere Ubu.

“Hopefully this will be the gateway to the rest of the stuff on my website,” Downes said. “People have been subscribing, which is really cool. I guess I’ll have to ramp up the content somehow, someway.”