Marijuana business wants to be Michigan's first chain for product 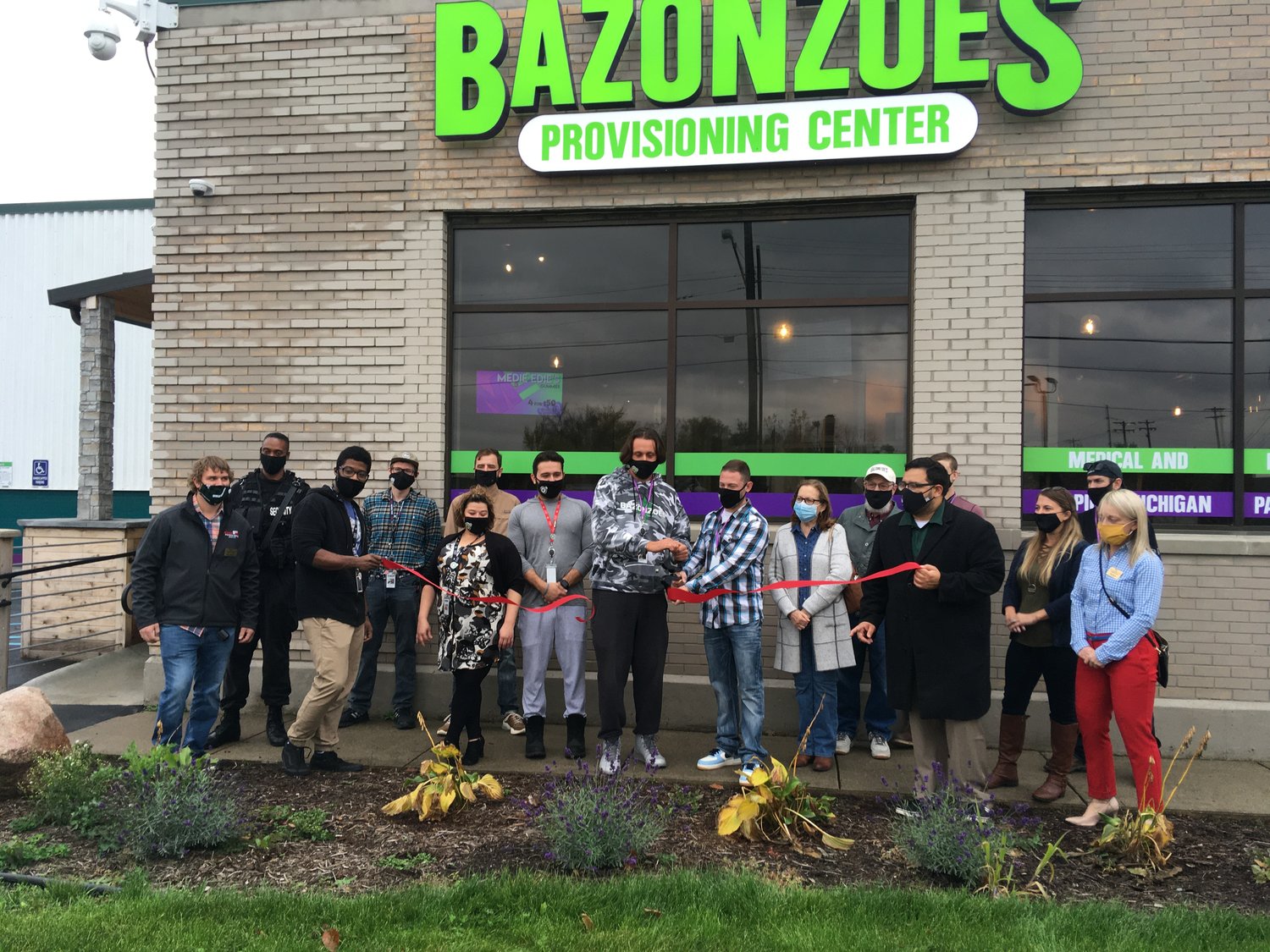 The center, at 2101 W. Willow St. in Lansing (across from Deluca’s restaurant), will hold its grand opening at noon tomorrow but held  a small ribbon cutting ceremony today. Regular store hours are 10 a.m. to 9 p.m. Monday through Saturday and from noon to 6 p.m. Sunday.

“We’ve been receiving all walks of life when it comes to this industry,” said David Esshaki, one of six co-owners in the business.

Starting in Walled Lake in 2010, Bazonzoes expanded to Lansing and plans are also in place to expand further in the city with a location on the southside tentatively planned to open in the spring.

The Lansing facility will be the company’s headquarters.

It has a 72,000-square-foot growing facility and will be able to grow up to 24,000 plants at one time for both medical and adult use purposes once the growing facility’s construction is complete within the next year, Esshaki said.

It will also have the ability to distribute products to other provisioning centers.

The facility is one the first in the state to have growing, processing and dispensing capabilities all in one place, Esshaki said.

The provisioning center sells a variety of items such as vape pens and edibles, along with a variety of CBD products.

There is even a consultation room where people can ask questions about the products.

The business plans to create as many as 300 jobs that could pay at least $16.90 an hour to start, Esshaki said. It plans to hire as many local people as possible.

Christine Zarkovich, manager of business development at the Lansing Regional Chamber of Commerce, proceeded over the ribbon cutting ceremony.

“When these facilities come to town, they create jobs,” Zarkovich said.

In the city, there have been 28 provisioning centers approved as of today, said Jennifer Smith-Zande, Lansing’s licensing and elections clerk. However, not all have opened yet or not completely open for both medical and recreational marijuana.

A Michigan State University study published in March indicated there are as many as 13,500 jobs in the marijuana supply chain already and could grow up to 23,700 statewide.

“It is very important to note that these figures are based on the assumption that the industry will grow over the next several years,” the study stated. “If barriers to expansion persist, these estimates will overstate the expected economic impact and the tax revenue resulting from the legalization of recreational marijuana.”

Marijuana is still illegal at the federal level.