Local theater: Down, but not quite out 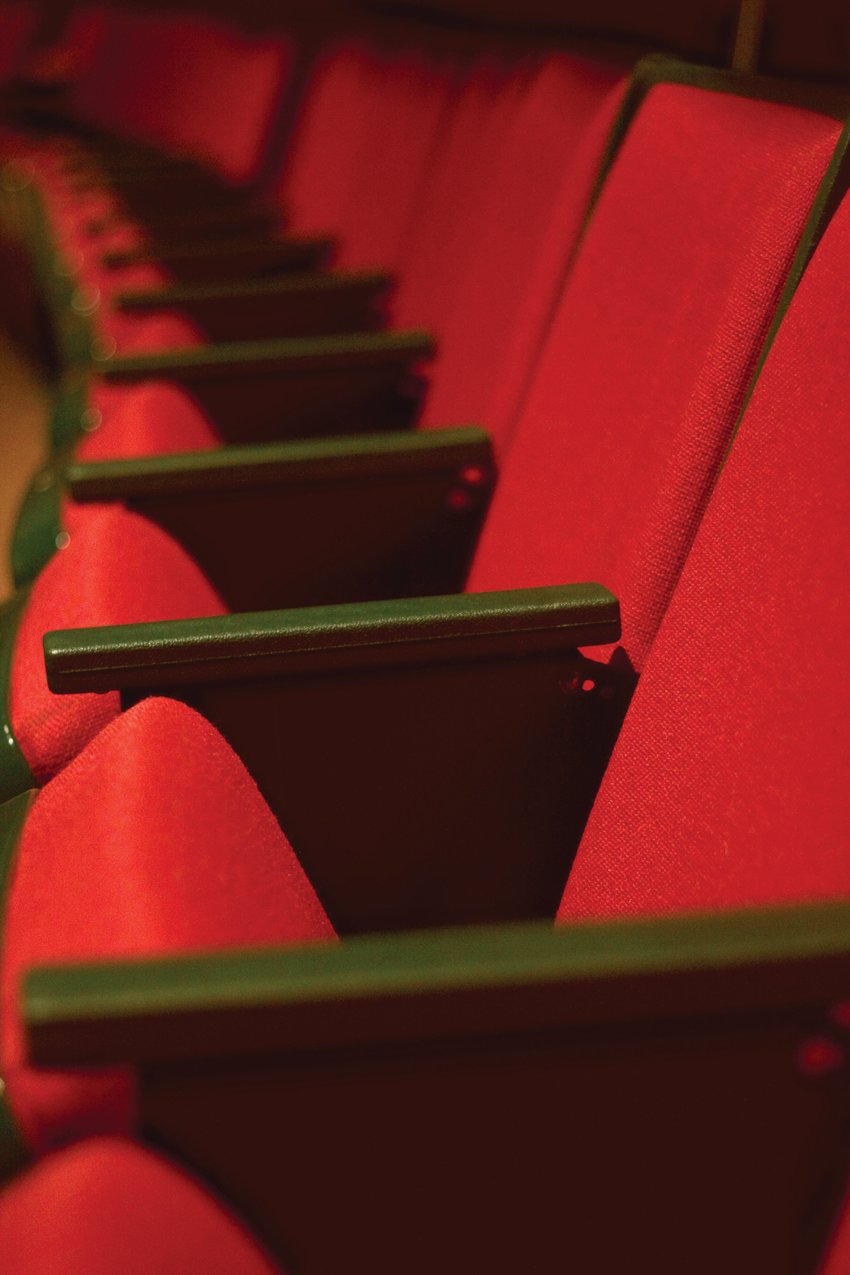 The good news is no local theater company is currently at risk of shutting its doors for good.  When those doors might reopen for live performances isn’t as certain.

Michigan State University’s Department of Theatre may be the first to offer a resumption of live shows.  “At this point and time, we plan to reopen in the fall,” Chairperson Kirk Domer said,

It would include “new safety regulations for students, faculty and staff, and audience parameters,” Domer said. MSU has large venues that could make that possible.

His biggest concern is having a reopening on a university campus that’s safe for all. If that’s not possible in September, “We will adapt our season and move to the spring,” Domer said.

MSU’s Department of Theatre had to cancel two spring shows and its popular Summer Circle Theatre program. Being associated with MSU, which has continued to offer online classes, the department is not at risk of closing.  That’s despite its revenue projection not being met.

“Creativity is exploding regarding online teaching/learning and online performances,” Domer said. Although MSU’s theatre program is still thriving, Domer was troubled by the status of other theaters. “We need to support our local arts organizations,” he said.

Starlight Dinner Theatre wants to resume “Lion in Winter” in the fall. The play was canceled mid-run in March. Artistic director Linda Granger said $3,000 has already been invested in the show. She has also had to refund “a lot” of reservations.

Granger realizes there are roadblocks to a September opening and that January might be more realistic. The Waverly East Intermediate School, where Starlight performs, might not be open this fall. “Our future depends on the school system,” Granger said.

With any distancing mandate, having eight people at a table won’t be possible.  Spreading out diners in the smallish school cafeteria will mean much smaller crowds. “We survive because we have large audiences,” she said.

What concerns Granger, too, is the elderly audience won’t want to go to public events anytime soon.    “It makes me sad because I know we bring a lot of joy and happiness to the elderly and that’s what keeps me going,” Granger said.

Ixion Theatre is hoping to present “The Skeleton Crew” this fall. It was scheduled to run the weekend after the stay-at-home order took effect.  “Luckily, the cast has been available to do our tentative fall slot,” Artistic director Jeff Croff said. “If we are forced to reschedule again, it may be hard to guarantee everyone’s availability.”

Croff is also concerned if distancing guidelines will result in not enough tickets be sold to cover production costs. “Nearly 90 percent of our revenue is based on tickets,” he said.

Besides losing two shows this spring, Croff said Ixion wasn’t significantly impacted. “Our productions are done on a shoestring budget and we rarely gain more than a few hundred dollars per production,” Croff said.

Operations have slowed down, but Ixion’s writing group has continued to meet monthly.  Ixion is also exploring presenting socially distanced monologues in a local park.

“The Board continues to monitor the situation and adjust as the information comes in,” Croff said.

Lansing Community College has a Business Resumption Task Force in place to monitor pandemic developments.  Outreach coordinator Melissa Kaplan said that it is meeting weekly to determine when and how LCC can reopen safely.

“While much educational and creative work can continue online, there’s nothing like being in a room learning and performing together,” Kaplan said.

“Our greatest loss has been in donations to scholarship funds,” Kaplan said. The canceled “Middletown” was expected to bring in $1,500 to $2,500 in revenue. The axed summer theatre performances are free to attend and weren’t expected to generate any income.

The LCC Performing Arts Department is looking ahead and preparing for the 2021-2022 season selection process that will take place this summer.

Riverwalk Theatre president Jeff Magnuson couldn’t say when his company might reopen.  “I don’t know how to predict that,” he said. “When we go back to our stages it will be with new safety measures for everyone.” Since Riverwalk has no live shows scheduled, virtual options are being contemplated. Magnuson said that Riverwalk is talking about “pivoting to online and outdoor performances.”

Because “A Hotel on Marvin Gardens” was canceled after only one night – and two other plays had to be scrapped – Magnuson estimates that $30,000 was lost in ticket sales.

The company has no debt and no mortgage and some cash reserves. Staff salaries, insurance policies, and repairs to a collapsed main sewer line still need to be paid.

“Safety of our staff, volunteers, and audiences are the top concerns at the moment,” Magnuson said.

In March, Peppermint Creek Theatre Co. was ready to open, “Cost of Living.” The in-place set and rehearsed cast were shut down before the first show. Artistic director Chad Swan-Badgero said closing “Cost of Living” cost them about $5,000.

Peppermint Creek will not re-open in September as originally hoped. “Our top priority was the safety of our patrons and performers,” Swan-Badgero said. Instead, they are planning on partnering with others to “present theater in new and different ways.” June 2021 is the projected date to return to hosting live audiences at the Central United Methodist Church.

“Until then, our productions will be virtual or presented in other locations around the community,” Swan-Badgero said.  “We’ve also begun the process of planning for next season and deciding how we can do that with social distancing in mind.”  Those plans include partnering with “other community organizations.”

“I feel very fortunate to work with the other leaders of Lansing theaters as we grapple with the best ways to move forward,” Swan-Badgero said.  “That truly makes it truly feel like a community.”

Williamston Theatre was able to offer its fourth play of its season after March shutdowns, “These Mortal Hosts” on a pay-for-view basis.  “Since then, we have not produced anything,” executive director John Lepard said.

“We are talking about ideas for what we call, ‘Walking Plays,’” he said.     The concept is to offer downloadable stories in several Williamston locations to replace intimate gatherings.  “We will not open until we are assured of safety for our actors, crew, and patrons,” Lepard said.

Williamston received a Personal Paycheck Protection loan that pays its staff for eight weeks. “We are putting the theater in mothballs until we can reopen so we are not losing a substantial amount,” Lepard said.

The closure has provided Williamston time to make some facility improvements.  “We have been working on removing the poles that interfere with the audience’s view,” Lepard said.  It might not be a significant silver lining but Lepard said, “that is a little silver.”

Over the Ledge Theatre Co. depends on warm weather to put on shows inside their Playhouse in Fitzgerald Park in Grand Ledge.  Executive director Joseph Dickson said it was unlikely anything would open this year.  “I’m definitely weary of the ‘pandemic party.’ I worry the most about deciding to produce an event too early.”

“I’ve had a few conversations with people about possible projects but haven’t landed on something safe and achievable yet,” Dickson said.

“Our priority must be the safety of our volunteers and our patrons,” Dickson said.  “If we can’t reopen next summer, we’ll just continue to wait for the right time.”

“Over the Ledge is fortunate not to have many recurring expenses or high overhead,” Dickson said.   Even with low utility bills during the shutdown and some cash reserves, no ticket sales and rent bills make a financial hit on the company.

“Over the Ledge is OK,” Dickson said. “For folks looking to give dollars, I’d recommend that those dollars go to organizations who have significant overhead to cover.”

The Curtainless Theatre has been able to adapt quickly to online performances. It livestreamed “Julius Caesar” and offered a Zoom reading of “Prometheus Bound.”

“Up next is a virtual presentation of all three plays in the Sophocles’ Oedipus cycle,” co-assistant director Kameron Going said.

“The community response has been incredible,” Going added.

Not being bound to royalties or having a physical space to maintain has limited the Curtainless Theatre’s losses. Viewer donations from view counts greater than their live shows have helped.

“We have never had a stable venue, so the digital space is simply our current production home,” Going said. “Our biggest challenge is knowing how to plan for the future. We’re keeping a careful eye on the guidelines and recommendations … and taking it a day at a time.”

Where to send donations: