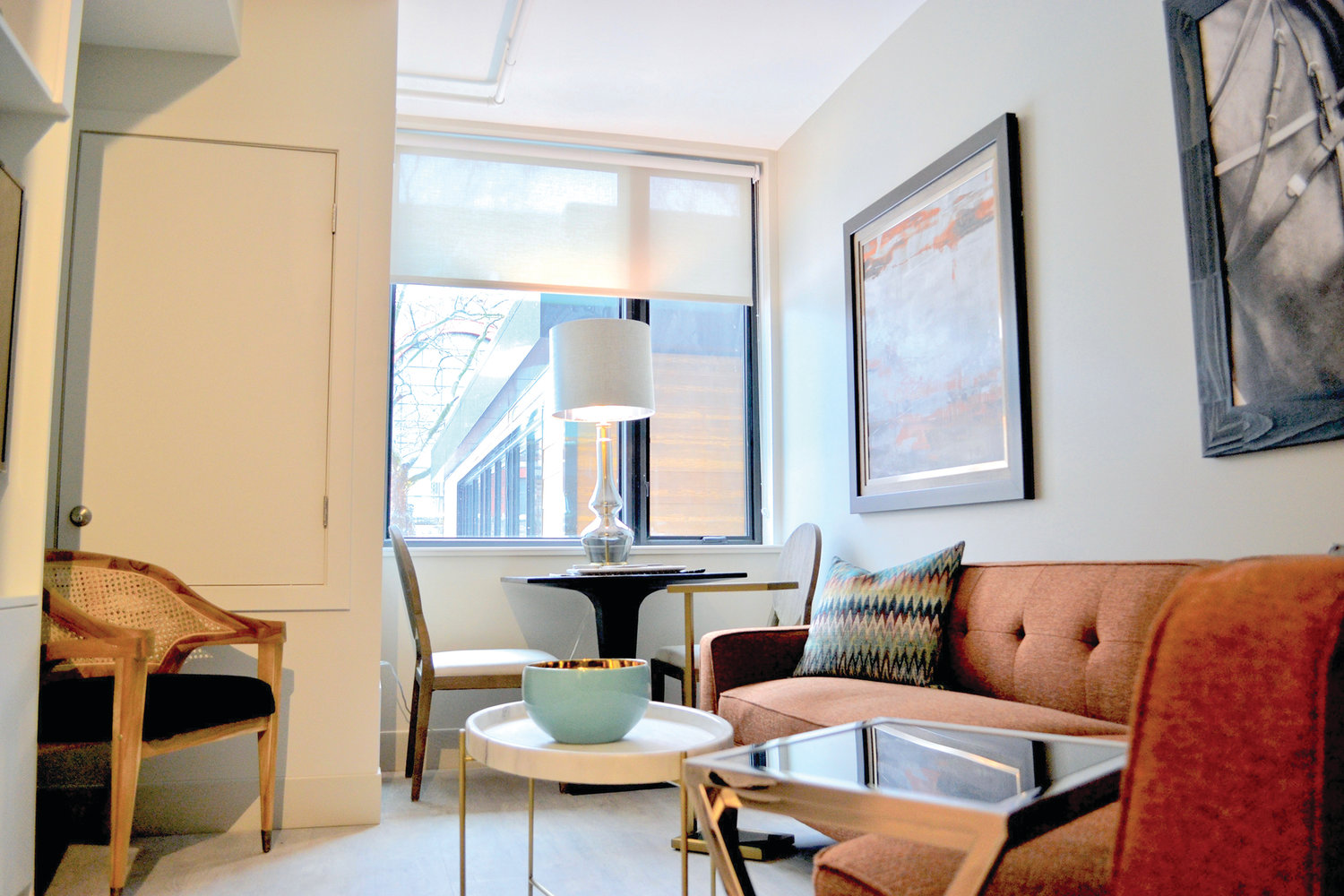 The living room of a model studio apartment on the first floor of the newly renovated Capitol View apartment tower, which is now leasing.
Skyler Ashley
Posted Thursday, January 30, 2020 9:54 am
Bill Castanier

It’s January and people are arguing about who will win the Super Bowl, impeachment, the Iowa Primary and baseball’s cheating scandal — just to name a few of the topics.

On a different scale, readers, authors and publishers are arguing about the books on the 2020 Michigan Notable Books list, which was announced this past week by the Library of Michigan.

Michigan’s chief librarian, Randy Riley, looks forward to those arguments. “What could be better than arguing and talking about books,” he said.

A panel of 14 academics, librarians and writers from across the state selected this year’s list of 20 books. The authors will be feted in April at a gala event in the Library of Michigan. I’m humbled to be a part of that selection committee and I can vouch for the “arguments.” I’ve already gotten emails and phone calls wondering why a book didn’t make the list.

It was not an easy task to select only 20 books from the hundreds that we collectively read and discussed. And yes, there were disagreements within the panel about books that should make the list.

The criteria for selection are the author is either from Michigan or has spent significant time in the state, and/or the book is set in Michigan, or is about a Michigan theme. Obviously, another top criterion is the book must be well written.

Although there are no Pulitzer or National Book Award-winning books on this year’s list, as there has been in the past, my observation is that this year’s winners are among the best ever selected and each year the books have been getting better and better.

The 2020 list is eclectic representing a variety of genres and geography. You’ve got Arthur C. Clarke Award-winner Mary Doria Russell writing about “Big Annie” LeBlanc and the 1913 copper strike in “The Women of Copper Country” and David Maraniss, winner of the Pulitzer Prize, writing an intimate story about his father and the ’50s Red Scare in “A Good American Family.”

Closer to home, New York writer Abigail Pesta has written a chilling and inspirational nonfiction book on the Larry Nasser scandal in “The Girls: An All-American town, a Predatory Doctor, and the Gymnasts Who Brought Him Down.”

Several of the winners have used Detroit for a fictional backdrop to look at thematic topics including,  “Broke: Hardship and Resilience in a City of Broken Promises” by Jodie Adams Kirshner; “Guardians of Detroit: Architectural Sculpture in the Motor City,” by Jeff Morrison; “The Queen Next Door: Aretha Franklin, an Intimate Portrait,” by Detroit photographer Linda Solomon; and Bridgett Davis’s biography of her mother, “The World According to Fannie Davis: My Mother’s Life in Detroit Numbers.”

Erin Bartels’ debut book, “We Hope for Better Things,” covers two centuries of a family’s search for answers about its past, and Okemos poet, and MSU Law professor Brian G. Gilmore considers Michigan’s cultural landscape in “Come See About Me.”

Author, artist and curator Susan Skarsgard takes us on a futuristic look at the history of General Motors’ automobile design in “Where Today Meets Tomorrow: Eero Saarinen and the General Motors Technical Center,” while Gerald Van Dusen looks at a wall of racial divide in “Detroit’s Birchwood Wall: Hatred & Healing in the West Eight Miles Community.”

For those who see cooking in their future, Zingerman’s alum Abra Berens has created one of the most unusual and tantalizing cookbooks with “Ruffage: A Practical Guide to Vegetables.” Although not a cookbook, poet Jeff Kass explores pizza delivery and economic struggle in “Teacher Pizza Guy.” And although there are no food recipes in Dean Kuiper’s memoir “Deer Camp: A Memoir of a Father, a Family and the Land that Healed Them,” there is a recipe for how nature can provide the healing we all need.

Finally, three fictional examinations of complicated family and romantic endeavors on the list are “All Manner of Things,” by Susie Finkbeiner; “Shades: Detroit Love Stories” by Esperanza Cintron and “The Care and Feeding of Ravenously Hungry Girls” by Anissa Gray. All will keep readers up past their bedtimes.