A shining jewel in local theatre 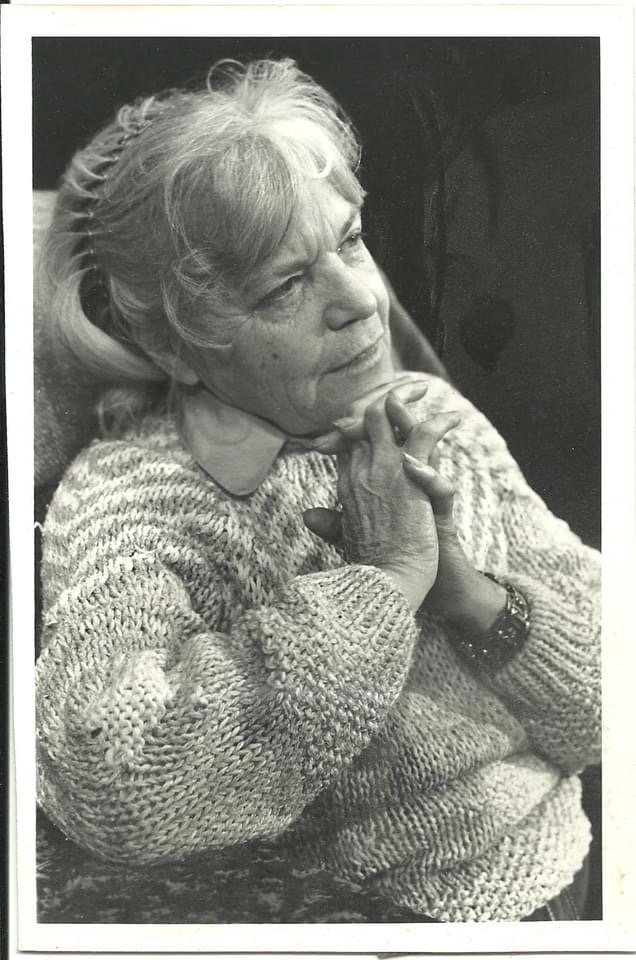 Just past midnight on Jan. 30, Lansing and beyond lost a theater icon. Rosalyn Carmen Decker, a gifted actress who always deserved a spotlight but never sought one outside the stage, died at Sparrow Hospital from pneumonia.

The 97-year-old touched anyone who experienced her and leaves behind an unparalleled legacy. Like most Lansing theatergoers, I knew Decker primarily from her performances at BoarsHead Theatre. Decker could cackle or purr — or communicate volumes with a look or a wave of her hand.

Anytime I tried to catch her after a performance for a comment, the closest I got was seeing her speed off in her two-door red Buick Skylark.

Decker was a secretary when hired to act in BoarsHead’s “Hay Fever” in 1973. The following year, Decker joined the company as a seasonal player.

BoarsHead started in 1966 and shuttered its South Grand Avenue location in 2010.  Decker, who went by Carmen, shared the stage over 40 times with John Peakes — a BoarsHead co-founder who died in 2017 at 83. “Their passing marks the end of an era in Michigan theater,” Katie Doyle said.

Doyle worked with Decker in different capacities for as many as 50 BoarsHead shows. Doyle directed Decker in “Driving Miss Daisy” in 2009. “She was authentic, she was ferocious,” Doyle said. “If Carmen were alive in the Old West, she’d be the sheriff, the madame and the mayor.”

Decker thought she would teach and not act after earning theater degrees from Knox College and the University of Iowa. Even though she decided a teaching career wasn’t for her, Decker’s performances were always teaching moments.

“She was our Grande Dame,” Patricia York said. York worked backstage at BoarsHead as properties designer and more. She was Decker’s dresser in “Valentines and Killer Chili.” Decker’s wardrobe switch in the show from a beehive and skintight leopard pants to straight hair and a kimono brought the house down every night, York said.

Despite her short stature, Decker was larger than life, Roger Rochowiak said. As an actor and then a playwright, he’s been part of Lansing theater since 1959. Rochowiak once attended a play with Decker and overheard an audience member who recognized Decker exclaim, “She’s much smaller off stage than she is on stage!”

Those who knew Decker appreciated how fun she was. Leonore Helder, who’s worked with local theater since being a cue lady for the Lansing Civic Players in 1957, once shared a house full of actors in Port Huron. The collection included Decker and the late Bill Helder, who were performing “Plaza Suite” together. “She was just as funny offstage,” Helder said.

The Helders got to see Decker act with James Whitmore in Peterborough, New Hampshire. “She was every bit his equal,” Helder said.

Decker also worked in Pennsylvania, Florida, South Carolina, Off Broadway and Chicago. In 1982, she won Chicago’s equivalent to a Tony for best actress in “Clara’s Play” — a show she did first at BoarsHead. Decker also traveled with the BoarsHead Co. around Michigan in 1984 to perform “Letters From Bernice.”

One of Decker’s earliest local performances was in “Under the Yum Yum Tree” at the Ledge’s Playhouse in Grand Ledge in 1961.

In 1972, Decker won a Barney Award for “Mother Courage.” That was the year Jane Zussman appeared in “Sweet Charity” at the Okemos Barn Theatre.  Zussman has been active in local theater ever since.

“Carmen was a star to me then, and proved star-worthy in every show I saw her in,” Zussman said. She appreciated how Decker could make the most of all her roles, from the comic to the serious.

Decker’s last performed in “Kimberly Akimbo” at the Stormfield Theatre in 2011 and in Lansing Community College’s “Vigil” with Tim Busfield in 2012. Melissa Kaplan, now LCC’s Outreach Coordinator, said she was honored to have Decker at the college. “I loved working with her,” Kaplan said.  She found Decker kind, wickedly funny and unassuming offstage.

Michelle Raymond knew Decker especially well. They met and bonded at BoarsHead while Raymond worked behind the scenes. “She was so smart, witty, and still had a razor-sharp mind,” Raymond said. “She remembered every show, actor and director she ever worked with. She loved to play and pick on me. In return, she loved it when I played back. Even in the final hours, we played.”