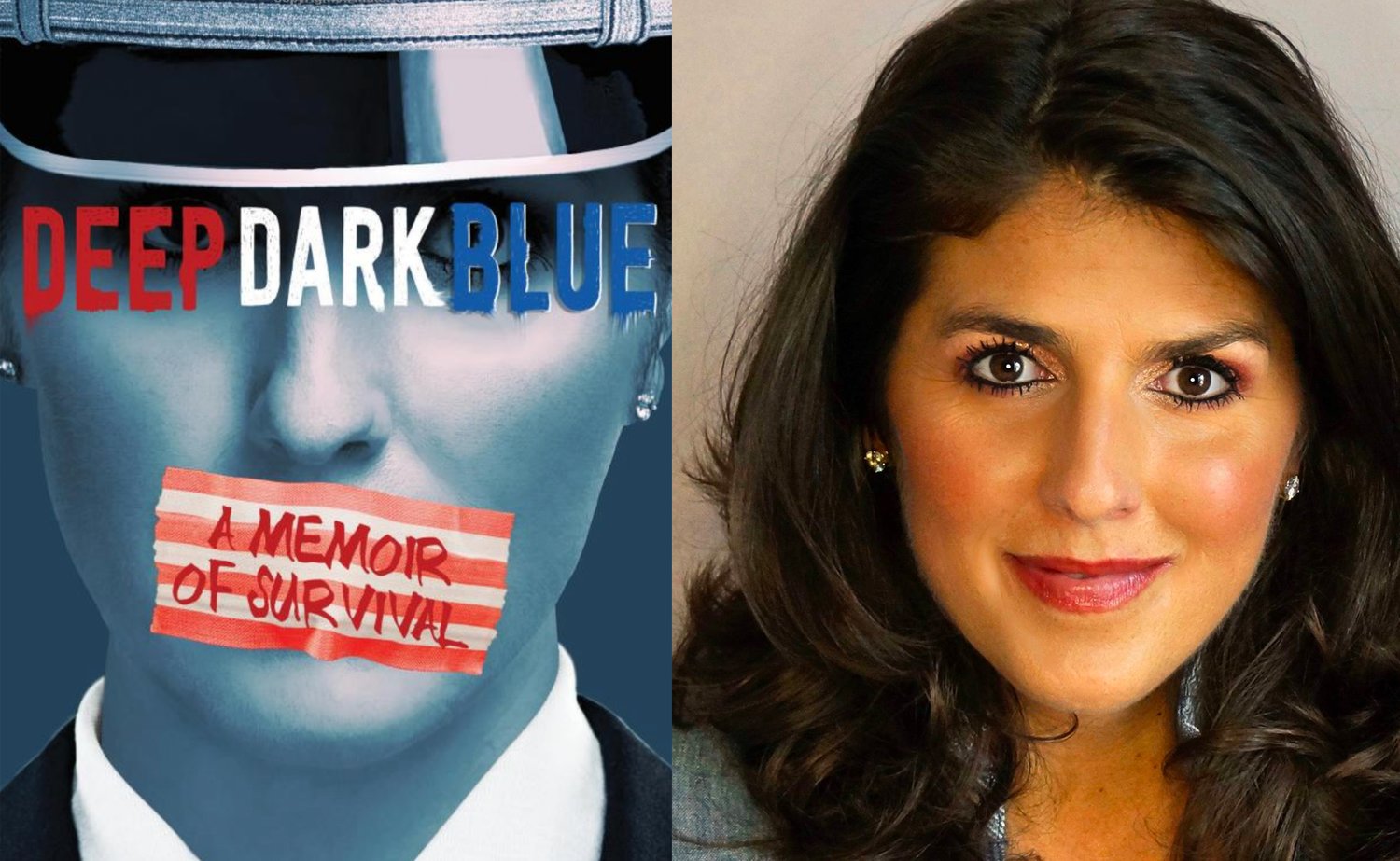 Growing up in East Lansing in the 1980s, Polo Tate was a star athlete, high-performing student and scion of the R.E. Olds family with dreams of one day joining the United States Air Force Academy.

20 years later, she returns home to the East Lansing Public Library to talk about her book, “Deep Dark Blue: A Memoir of Survival.”

In the wake of Michigan State University’s Title IX scandals and the #MeToo movement, Tate tells how her appointment to the Academy became a nightmare after a series of sexual assaults left her reeling and facing despair.

Locals might not recognize her new name, Polo Tate, which she legally changed in 2007, but they will remember the driven young woman who played volleyball, basketball, soccer and studied hard at East Lansing High School in the nineties.

Tate purposely keeps her birth name ambiguous along with her age and the years she attended the Academy in order to keep that part of her life more private and give herself a fresh start.

“I felt so strongly the beginning of a new era in my life, after the Academy, and a new start was necessary for my survival and ‘thrival’,” Tate said.

Polo was a nickname from college that she said, “just felt right.”

What Tate doesn’t keep private are her experiences while in the Air Force, starting with boot camp, when she was sexually assaulted by an instructor.

Tate is nothing but totally honest about the assaults and the resulting years of recovery. After dropping out of the Academy, she enrolled at the University of Notre Dame, where she played volleyball and studied TV and radio.

Today, Tate is living in New York City, where she is acting in theater, writing and doing improv comedy.

“When I entered the Academy it was so much of what I wanted it to be it was competitive and for high achievers,” Tate said.

“Then things began to creep into the experience, like gender differences, and instead of rallying around someone experiencing trouble, it was more clean-up in aisle seven.”

Tate says that what she thought was the ultimate team sport “became the biggest slap in the face.” Following her assault, she was shunned and isolated by fellow airmen.

“And of course, at first, I thought it was my fault,” she said.

Tate still believes military academies can be “the leading edge” of change, but something in the culture is preventing that from happening.

“Sexual assault has so much to do with power and violence and so little to do with sex,” she said.

Books like “Deep Dark Blue” are forcing conversations about the patriarchal structures in the U.S. government and opening doors for other servicewomen to share their stories.

Senator Martha McSally, Republican of Arizona and the first woman in the Air Force to fly in combat, announced in a Senate meeting in March that she was raped by a superior officer while serving her country.

In the Senate Armed Services subcommittee hearing on sexual assault, McSally added that she didn’t report the several attacks she endured while in the Air Force because she lost her trust in the system at the time.

In her book, Tate wants young female readers to take away the importance of self-confidence.

“Women have to learn to trust who they are,” the author said. “You have to constantly check in with who you are, how you feel and what have you not dealt with.”

She realized she was still affected by the loss of her older sister to a tragic horseback riding accident and the divorce of her parents.

“When you do the work to move through your own darkness you have a heightened awareness and you absolutely have to trust yourself and be responsible for your own happiness.No one can take away your joy,” she said.

Tate said this upcoming event  “could be very special” as it is the first public discussion of her book in her home town. Up to this point, her readers have mostly been anonymous, but returning home won’t be the only courageous thing Polo Tate has done.