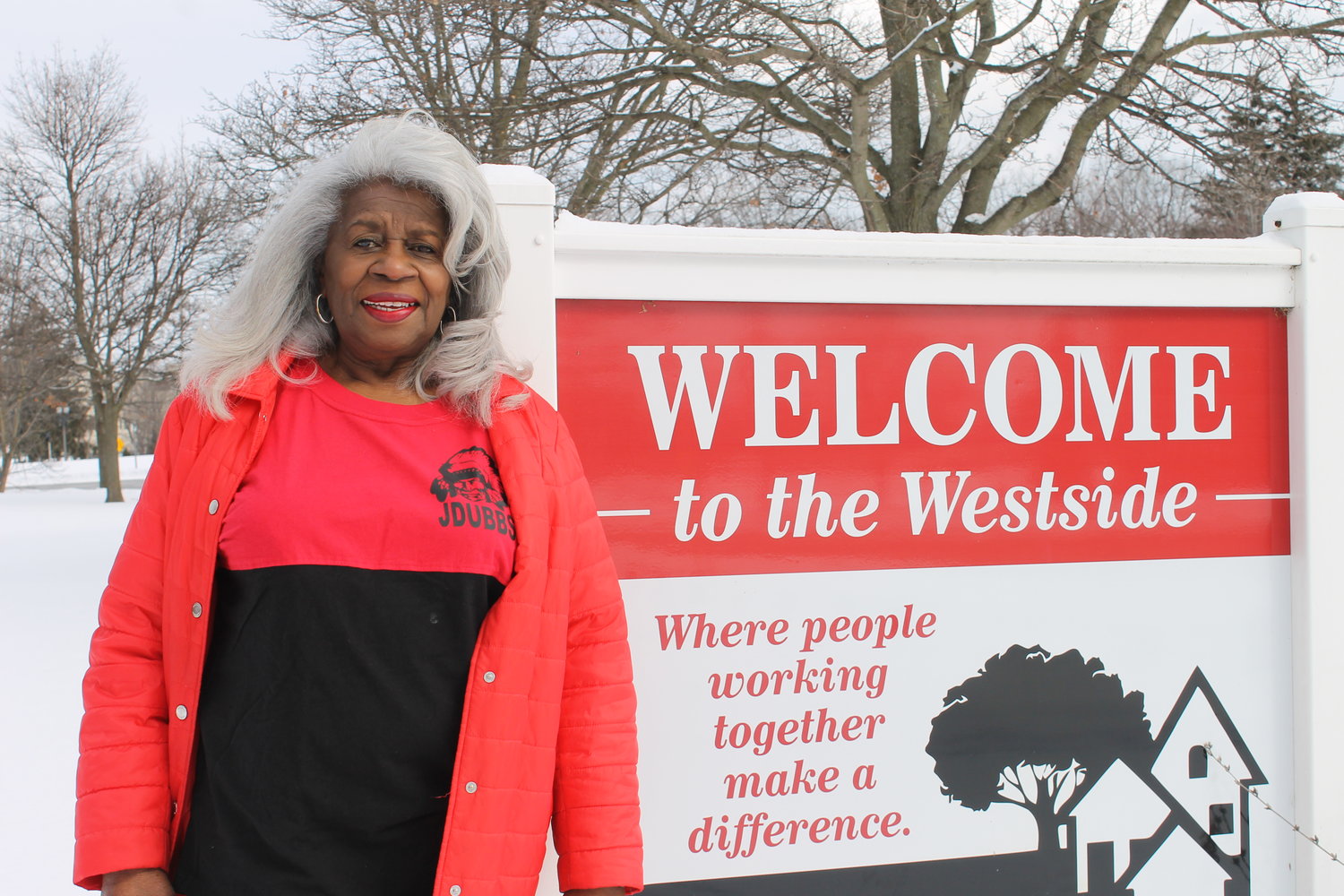 This is the third in a four-part series during Black History Month with longtime Lansing residents who witnessed a generation of Black excellence. Interviews have been edited and condensed.

Unless you’ve met Mitzi Allen, 72, you’ve yet to meet Sexton High School’s most die-hard fan. She’s the matriarch leading three generations of Lansing Sextonites and has lived in the same house on Lenawee Street her entire life. The following interview uncovers some of Allen’s longest memories and dreams of pristine marching bands, Black extrafamilial organizing and serving on the Westside Neighborhood Association.

What has kept you in Lansing?

My family. I have three girls. I came to Lansing when I was 2. I was fortunate to live with a grandmother, a great-grandmother, my mother, my dad and aunt. I didn’t know when I was growing up as an adult that it was a blessing. To live in a house with so many women.

Do you consider yourself a caretaker?

I am the oldest of my siblings, but I don’t consider myself a caretaker. I want everyone to follow my rules. And that doesn’t happen (laughs).

What was it like to grow up in your childhood neighborhood?

I’m 72 and just about all my friends today are from Lenawee and the surrounding neighborhoods. My friend Sharon Demyers lived in an identical house next door and we started kindergarten together. Had classes all through our childhood and both graduated from Sexton. I didn’t experience discrimination during my formative years.

Can you tell me more about a demonstration you were a part of outside a “drug house”?

I had two young girls at the time and was working with the Westside Neighborhood Association. Dorothy Matthews was the head of the crime and safety committee. We had on yellow construction hats and yellow vests and we stood in front of the drug house. Can you believe that? We did that. Not one time, but many times. One evening I was on the news and my father called me up, “Was that you that I saw on the news in front of the drug house”? and I was like Yeah, yup — that was me.

We worked together to stop the selling of drugs in the neighborhood. That particular house we were successful in getting it shut down. But in hindsight that was dangerous as is not a practice that would work today.

This neighborhood had neighborhood watch in the ‘50s way before it was a thing. There were all these eyes watching us going to and from school. The neighbors just looked out for us, Black and white. My great-grandmother was born in 1900, and everyone in the neighborhood called her Mama Ocie out of respect and love. She had made a habit of sitting on the front porch and watching and she would notice when one of us was missing from school. Every day, my grandmother’s friends would check-in on one another. Not by voicemail — actually talk to make sure everyone was up, alive and well and ready to start their day. They weren’t calling to chit chat.

Is that a strategy still used today?

Oh no, not at all. Today, we struggle. When the “family” started moving from the front porch to the backyard, I think that was the change of neighborhoods. It’s now possible to have no interaction with your neighbors, and that’s how crime seeps into the neighborhood.

The Westside Neighborhood Association has had relationships with all the police chiefs. Chiefs often come to our crime and safety committees, and we maintain a relationship with local law enforcement. We used to have community officers but not anymore. They were assigned, and we even had an officer housed in the Letts Community Center — not anymore. However, we do have an officer that has been assigned to work with the neighborhood watch.

What other events has the Westside Neighborhood Association done?

Before the pandemic, I helped organize a homecoming parade. We invited alumni and all the old Sextonites to come back for the parade. But, you know, there weren’t that many people in the neighborhood who participated. People used to come out on their porch to watch the parade. I had to go to parks and rec and really beg to extend the parade route so it went through a neighborhood. Maybe two or three people came out to wave.

One young lady did come up and said to me, “I would like to go to the parade,” and I asked her well why aren’t you going? She said “I don’t have any money.” That was so sad to me. Because that makes me think she has never been to a parade. There were a lot of flaws with that parade, but it was there and it happened. To see the young lady’s face, I could tell she was happy to be there.

What do you think is the reputation of Sexton?

Sexton is doing some big things over there. Things that people need to hear more about. They recently had some remodeling and there is a coffee shop there now where the kids are working. There is an excellent robotics class. Mr. Boggan, the principal over there, is doing great work too. The school is a safe haven for everything.

What makes a school safe?

What would you like to see replace abandoned schools in Lansing?

I’d like to see something that benefits the community, not necessarily a community center. Lincoln was one of the first recreation centers, but it was much more than that. Kids learned how to sew, play piano, they learned different things after school. We need a place where you can go and learn sewing. To learn coding. In this community, we have all these people — resources — just walking around that know all this stuff. It is the community’s job to build up a generation with skills that they can pass on.

Audrey Matusz, the author of this series, is a former arts and culture editor of City Pulse who was born in Lansing and grew up in Okemos. She is a graduate of the Residential College of the Arts and Humanities at Michigan State University. She is a digital and instructional designer for the Michigan Victim Advocacy Network.