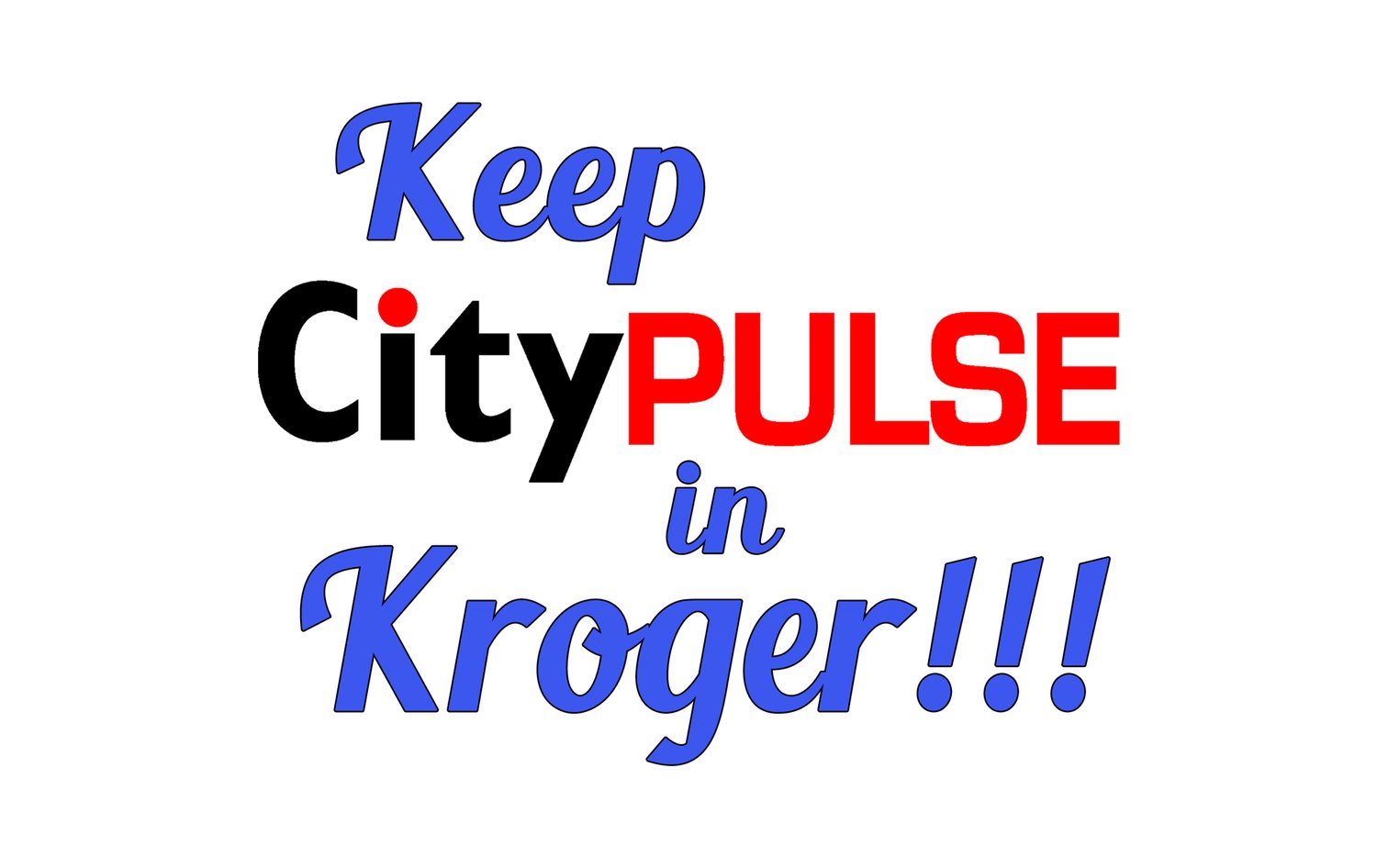 Thank you for your outpouring of support for City Pulse in the face of a misguided and inconsistent decision by the Kroger Co. to ban free publications from its stores nationwide.

Nearly 1,200 of you have signed a petition asking Kroger to reconsider; many of you have also called or written Kroger. Your efforts are deeply appreciated — and important.

I wish I could report that Kroger is reconsidering. But Kroger has given no indication of that yet. Therefore, we hope readers will continue to voice their dissatisfaction. It is our best hope for turning around the nation’s largest supermarket chain.

Kroger contends its customers are deserting print for digital and therefore devoting space to racks holding free publications no longer drives what it calls customer engagement.

Readership of paid print publications, such as daily newspapers, is declining, it’s true. And those publications are pushing readers to digital versions because newsprint is costly and digital is relatively cheap. Moreover, prices for daily newspapers have become expensive. In Lansing, for example, the State Journal’s newsstand price is $2.50 a day, and more on Sunday. That’s further incentive for readers to turn to digital.

But that is just one segment.

Print editions of newspapers such as City Pulse have benefitted from the increasing cost of paid newspapers because we are free. More and more readers have turned to City Pulse in this market for news and information. Ironically, distribution at Kroger proves the point: whereas about 1,100 people picked up their copies at Kroger in 2012, over 3,100 were getting it there, until this week, when the ban took effect.

City Pulse is not the exception. In Cincinnati, home to the Kroger Co., about 8,400 people a week were getting their local free newspaper, CityBeat, at Kroger. The numbers are similar in Nashville and Memphis. In Colorado Springs, Colorado, 4,000 a week do. The Wichita (Kansas) Eagle just reported that 12,000 a month pick up a free publication at the area Kroger stores.

Our guess is Kroger just did not do its homework when it forged this new policy. Hopefully it is paying attention now.

Ultimately, this fight is about the future of local journalism. Kroger likes to promote how much it does for local communities. Here, though, it is hurting communities by making it more difficult for people to obtain local news. For less advantaged people who rely on the bus to get to Kroger, finding City Pulse elsewhere will be a challenge. These same people are among the nearly 25% of Americans who do not have the Internet and therefore cannot avail themselves of the digital versions of local publications.

And that’s just part of the challenge Kroger’s decision poses to local journalism. If City Pulse cannot maintain its circulation, eventually advertising, by far its biggest source of revenue, can be expected to decline, resulting in reductions in pages and hence local news.

How, we have to ask, does all of this fit into Kroger’s image of helping communities?

(Berl Schwartz is editor and publisher of City Pulse.)