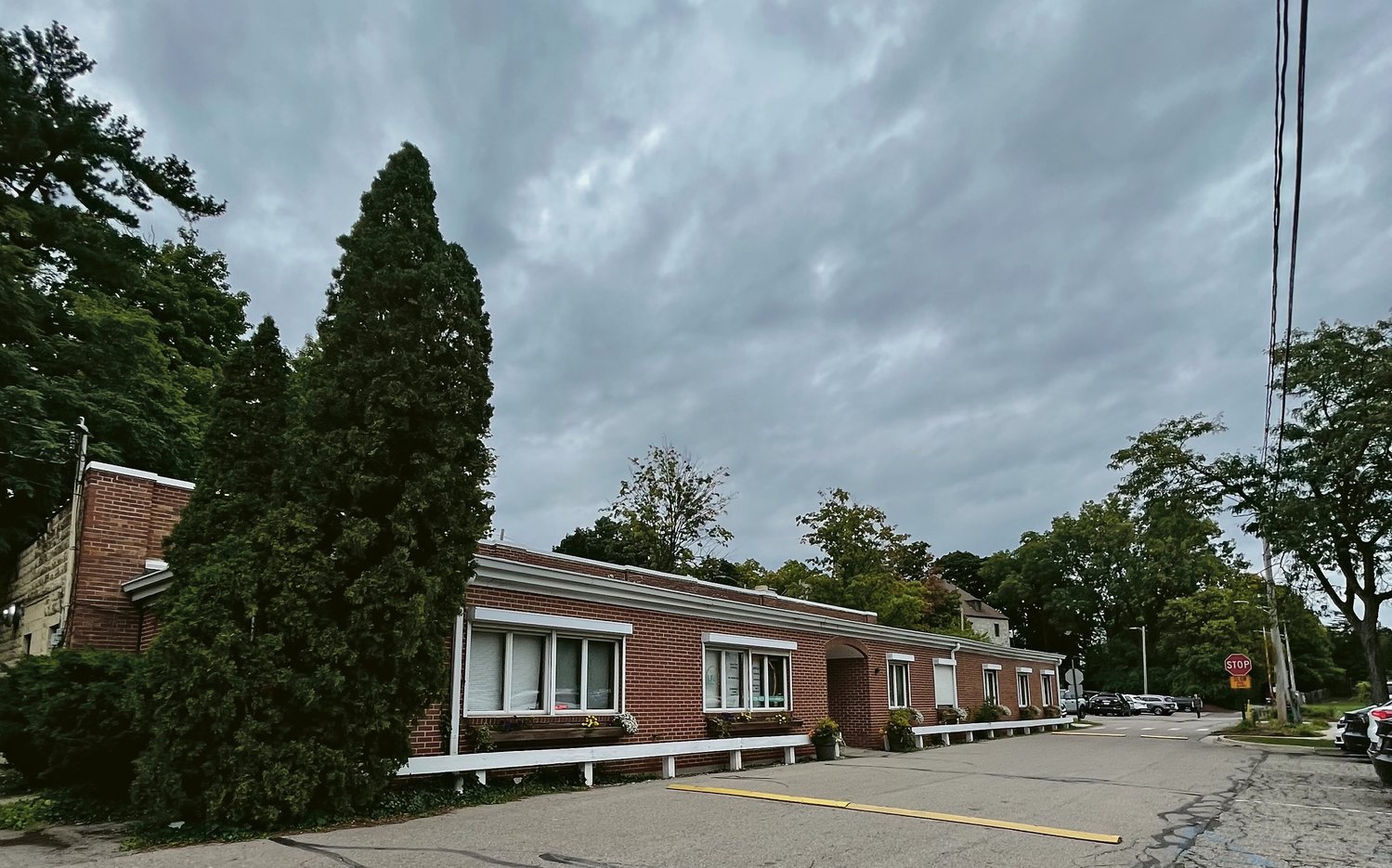 The building which hosts the Active Living for Adults program at Valley Court Park in East Lansing could host an Artspace complex.
Dawn Parker
Posted Thursday, September 29, 2022 12:01 am

After visiting well-established Artspace sites in Minneapolis and Seattle and talking to artists living and working there, I hope there will continue to be discussions regarding Artspace in our City of the Arts, particularly with surrounding neighborhoods.”
East Lansing resident Elinor Holbrook
By Dawn Parker

In the not-too-distant future, fledgling artists here may get the support they need to spread their wings through a space in East Lansing where they can both live and work comfortably.

ArtSpace, a nonprofit organization, has its roots in Minneapolis, where it began in 1979. Since then, the concept has spread throughout the country to many cities much larger than East Lansing.

Elsewhere in Michigan, there is an ArtSpace complex in downtown Dearborn. The city’s website describes a complex with 53 living/working units intended for low-income residents, although preference is given to working artists.

The first artists moved into the City Hall complex in Dearborn in 2016 and quickly found themselves surrounded by inspiration.

“Being here and living in my studio, I can change my mind,” artist Monica Cavacece Feliciano told Metromade magazine in 2019.

“I can get up one morning and work on a painting and put it aside for a moment and then go back to it. I can leave everything out and not have to pack it all away every night and pull it back out the next morning.”

What would it take for an East Lansing Artspace to become reality?

East Lansing Mayor Pro Tem Jessy Gregg is the liaison between the city and residents who have been exploring the possibility of having an Artspace complex built.

The concept has passed through the first phase of inquiry. Whether it will advance to the next phase, Gregg said, will depend on whether the Council is willing to spend an additional $30,000 beyond what it has already disbursed.

Gregg said she was already acquainted with ArtSpace, having grown up along the Minnesota-North Dakota border and graduated from Hamline College in St. Paul.

ArtSpace’s first three complexes were built in St. Paul in the early 1990s. By sheer coincidence, Gregg — herself an art major — had friends who moved into Artspace buildings after graduation.

While she is familiar with the projects, Gregg said she was not part of the group who did the preparatory work for a potential East Lansing complex.

“They’ve got a pretty elaborate process for determining if they want to work with a community, and it puts a lot of the ownership on the community,” Gregg said.

East Lansing resident Elinor Holbrook was part of a group who worked with Artspace staff who visited East Lansing in the summer of 2021.

The group, she said, “was impressed by the overwhelming positive response from local leadership, the Arts Community and city residents to the prospect of attainable live/work lofts for artists in our downtown and the resultant economic ballast they provide,” Holbrook said.

A preliminary feasibility study completed by Artspace is available under Economic Development at www.cityofeastlansing.org.

“After visiting well-established Artspace sites in Minneapolis and Seattle and talking to artists living and working there,” Holbrook said, “I hope there will continue to be discussions regarding Artspace in our City of the Arts, particularly with surrounding neighborhoods.”

The city is required to continue to buy into the process at different stages, she continued, which includes providing money for studies. The first phase consisted of market analysis by  inviting Artspace staff to town, having them interact with residents and determining whether there is community interest.

That next level, Gregg said, would answer questions like what size building to build and what an appropriate monthly rent would be. The next-level study would likely be an additional $30,000 and would include figuring out what resources the city already possesses and what it still needs.

Each level of study takes around two months to complete, Gregg said.

There are two central concerns with such a project: Where do you locate it, and where do you find the estimated $5 million needed to build it?

There are a couple of city-owned parcels in the area around Valley Court Park that offer potential.

Gregg said the small brick building which has long housed the ALFA (Active Living for Adults) program would be a candidate for redevelopment, rather than repair or remodeling, plus there are other parcels purchased by the city’s Downtown Development Authority that have yet to be fully utilized.

The city has a memorandum of understanding with East Lansing’s RiverCaddis Development on those properties, however, and would have to reach an agreement with RiverCaddis if it wanted to develop them instead.

It’s not just about the money, however, but ways in which an artist can become part of their adopted community.

“All of the grand talking about public art and placemaking is very frequently focused on the observer of that art, as opposed to the creator of that art,” Gregg said.

“Artspace – part of their philosophy is putting artists first and making sure the artist’s quality of life informs the space, rather than the community consuming the artwork that’s created.

“Art is not always seen as a commodity, but it is a commodity, so the people who are producing it need to be paid for their work.”