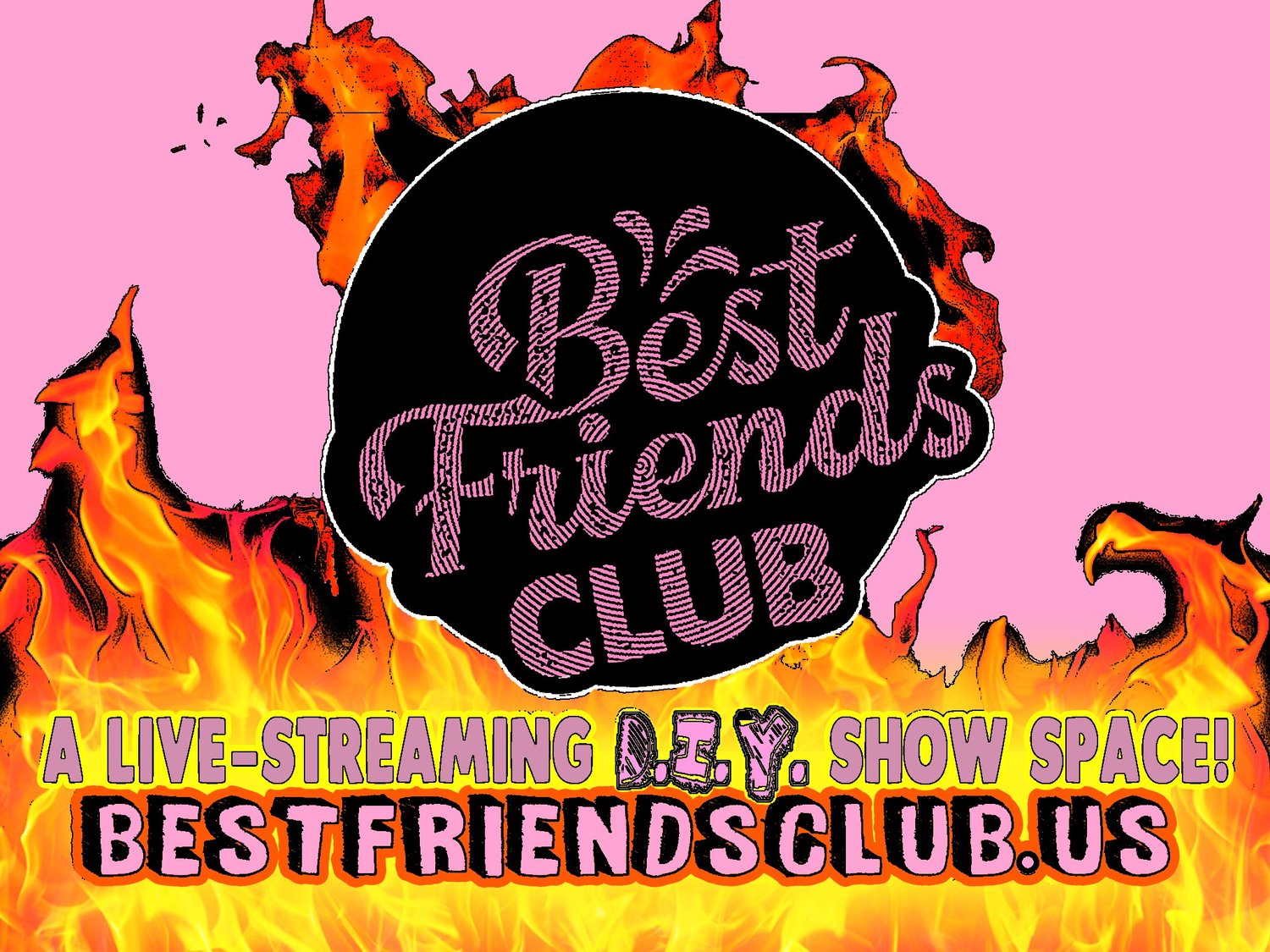 The Cryptkeeper Five will perform live on the Best Friend's Club streaming website on May 21. Check it out at bestfriendsclub.us

After being established through a Facebook group, a team of local musicians has moved their live concert streaming series to its own independent website. Established in late 2020, Best Friend’s Club has helped alleviate the drought of live music for both performers and fans.

The virtual venue is the creation of Lansing-based musician Tommy McCord and Jim Graz and Tim Hoh of the New Jersey punk band Honah Lee. Seeking clever a way to beat the blues of the coronavirus pandemic, the concept of Best Friend’s Club was designed to replicate the social experience of seeing a concert and, well, hanging out with your friends. The live streaming concert video feed provides the music, and the coinciding chat room can be thought of like the bar side banter.

Best Friend’s Club managed to find an audience in local circles and in other music scenes where McCord has made connections as far off as New Jersey. The team eventually found being tethered to a massive corporation like Facebook antithetical to the rigorously independent culture of indie and punk rock music — moving to their own platform without anybody to answer to was the natural next step.

“We began talking about this seriously around October when Facebook began cracking down on people posting music content and enforcing certain copyrights,” McCord said. “We said, oh great they might just kick us off. That didn’t happen, but got us pursuing alternatives.”

Hoh helped get the ball rolling thanks to his friendship with a talented web designer, Hans Garon, that was able to develop a proper independent Best Friend’s Club website.

“I had many video conversations with him. It was a friendship formed out of necessity during the pandemic. It was really cool to watch us go from being just a tiny spinning wheel on a screen to having our own website, where we’re not paying anybody to do it,” McCord said.

Like the raw musical acts it hosts, the site was designed with a simple barebones aesthetic in mind. It features a window to view the concerts, links to more info about performing artists, a shop to buy merchandise and of course, a chat room supported by Discord for viewers to engage with one another. Best Friend’s Club launched with a chaotic New Year’s Eve gig.

“We didn’t really know if it was going to work, but it did,” McCord said. “There’s a lot I didn’t know about using independent servers that I learned. On the tech end, we are able to stream in much higher quality.”

Best Friend’s Club is able to broadcast its shows by filming the Lansing-based artists at a plethora of local studios and venues, while remote performers are asked to provide their own video feed. Some performances are as simple as filming one person with a cell phone, while others feature multiple camera angles and professional audio setups.

“It naturally turned into a variety show. We’ll host quick interviews with the acts before they perform. We wanted it be a creative seamless viewing experience; we want it to be dynamic and fluid,” McCord said.

Since its initial New Year’s Eve gig, Best Friend’s Club has hosted bigger indie names like Joe Jack Talcum of the legendary punk band The Dead Milkmen and Mikey Erg, who’s played in countless projects ranging from The Ergs, SFH and The Worriers. The next big show, a finale for the spring season, is on May 21 and features headlining act The Cryptkeeper Five. McCord hopes the fall can bring a return to safe outdoor shows.

“I don’t think it’s ethical to return to hosting an indoor concert right now. I’m comfortable staging some outdoor events,” McCord said. “I think that’s pretty OK. I’m not looking to be part of a big crowd anytime soon. This will be a great summer for us to get back into it slowly.”