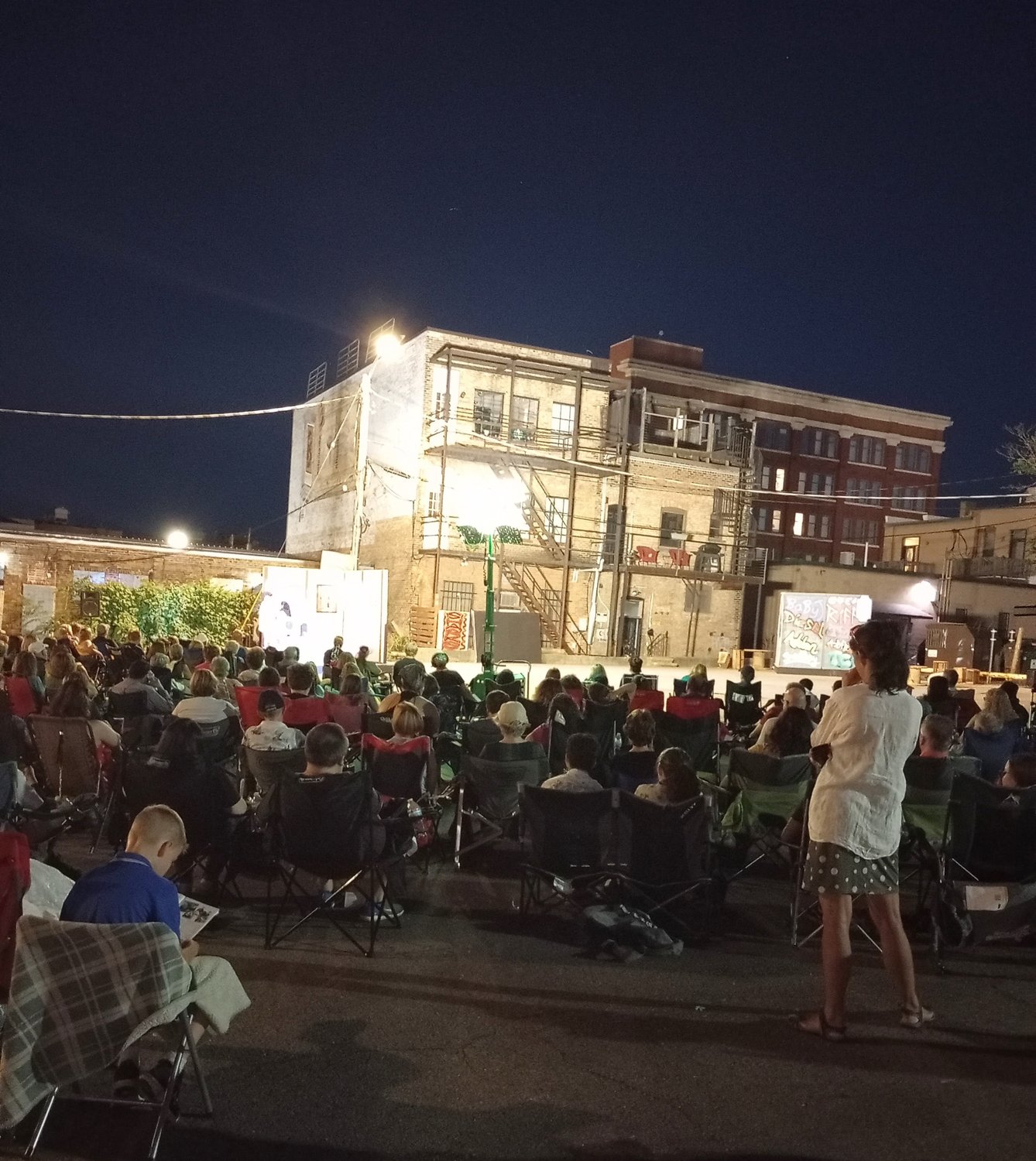 Starlight’s production of “West Side Story” outside in downtown Lansing.
Courtesy photo
Posted Thursday, July 21, 2022 12:00 am

Although the number of plays offered this past season was diminished compared to previous years — with some theater companies much darker than others — my picks show how the local theatre community persevered and remains as talented as ever.”
David Winkelstern

(Because of COVID’s impact on area theater during the 2021-’22 season, the Pulsar Awards are impossible to determine. But City Pulse didn’t want local theater talent to go completely unrecognized. In lieu of the traditional ceremony, here are the “best picks” by the principal theater writer for City Pulse during that time.)

Best Play: Let’s get right into it. My pick is Williamston Theatre’s “This Wonderful Life.” Its production of Steve Murray’s play based on the movie had all the elements of an award-worthy play. Williamston’s one-man show featured John Lepard rapidly switching between all the movie roles with marvelous stamina—imitating the voices and mannerisms of countless male and female characters. Lepard’s acting, Murray’s amazing condensation of a 130-minute movie to fit a 90-minute play, a clever set, imaginative lighting and sound effects, and appropriate props made the production wholly entertaining.

Best Actress in a Play: In Williamston’s “9 Parts of Desire,” Zarab Kamoo portrayed nine women affected by both Gulf Wars. Instead of significant costume changes in the one-woman show, she made remarkable shifts between distinct characters using gestures, voice shifts and posture changes.

Best Supporting Actor in a Play: In Willimston’s “The Cake,” Alex Leydenfrost gave a rare portrayal of an everyman husband named Tim. Leydenfrost’s nuanced acting — combined with his appearing on stage wearing only mashed potatoes on his crotch — made it unforgettable.

Best Properties Design: Michelle Raymond gets my nod for props and dressings in “The Cake.” A plate-covered wall, shelves full of luscious-looking confections, and just the right knickknacks and adornments for a colorful Southern bakeshop made the set unforgettable.

Best Supporting Actress in a Play: In Williamston’s “Tracy Jones,” Allison Megroet, the “Personal Party Server” for an awkward gathering, was a joy to watch.  Megroet stole countless scenes with her over-the-top, bubbly, corporate-rule recitations and dynamic presence.

Best Musical: “The Sound of Music” at the Lebowsky Center for Performing Arts in Owosso deserves it. With a gifted cast of 29 who sang, acted and danced wonderfully, and a 16-piece orchestra that skillfully played Rodgers and Hammerstein’s iconic songs, the massive production was hard to top.

Best Choreography: Erica Bradley’s inventive choreography in “The Sound of Music” was also marvelous. Besides, who doesn’t like to watch talented kids and nuns dance?

Best Scenic Design: The magnificent, three-story set of “The Sound of Music” representing a convent, the von Trapp mansion, performance hall and more was designed by Dirk Rennick and Dan Wenzlick. It was a monumental accomplishment. The set, rich costumes, props and choreography resembled a traveling Broadway production.

Best Musical Direction: The complexity of the score for “Evita” at the Lebowsky made Jillian Boots’ conducting even more impressive. He warrants the award for leading seven musicians through ever-changing and sonically varied music.  All 26 of “Evita’s” tricky songs were performed expertly while sounding like a full orchestra.

Best Director of a Musical: Heading back to Lansing, Mark Colson helmed LCC’s Performing Arts’ “Cabaret.” His edgier and less bawdy version of the musical included a diverse cast that revealed the darker side of 1930s Berlin. His production had the decadent swing we expected along with layers of emotion and terror. The combination was engaging.

Best Lead Actor in a Musical: Also in “Cabaret,” Connor Kelly’s intense and distinctive Emcee earned him my nod. His facial expressions and elastic movements were decadently delightful.

Best Supporting Actress & Actor in a musical: Beyond that, Judith Evans as Fraulein Schneider and Doak Bloss as Herr Schultz had spotlight moments in “Cabaret.”

Best Director of a Play: And LCC’s not done yet. Mary Job wins for LCC’s “Intimate Apparel.” She kept the action and emotional story flowing seamlessly between rooms and set locations spread across Dart Auditorium’s wide stage.

“Intimate Apparel’s” often-changed, early 20th Century costumes, including corsets and fancy dresses, were a splendid focus of the play.

Best Featured Actor: LCC’s roll continues with “Gee’s Bend,” which included a cappella gospel singing from Karrington Kelsey and Rose Jangmi Cooper. They each win.  (Cooper was also a strong contender for “Best Actress” for her haunting performance in Ixion’s “The Skeleton Crew.”)

Best Featured Actors in a Musical: However, Starlight’s biggest coup was presenting “West Side Story” outside in downtown Lansing. With city support, the production was held in front of real fire escapes and under evening skies creating an unforgettable, grand event. Miles Nowlin as Baby John and Hannah Roman as Anybodys gave standout performances.

Best Female Lead in a Musical: I’m calling it a tie between Kayal Muthuraman as Maria in “West Side Story” and Laura Croff’s Helen in Peppermint Creek’s “Fun Home.” Both offered heartfelt performances and singing that were star quality.

Artistic Specialization: MSU’s Theatre Department’s “Wendy and the Neckbeards” had a dazzling LED wall that shifted from videos to scenic backdrops worthy of an honor for Quinn Legge.

Although the number of plays offered this past season was diminished compared to previous years — with some theater companies much darker than others — my picks show how the local theatre community persevered and remains as talented as ever.