Helping others through the power of makeup

Why put on a full face of makeup when there’s nowhere to go? 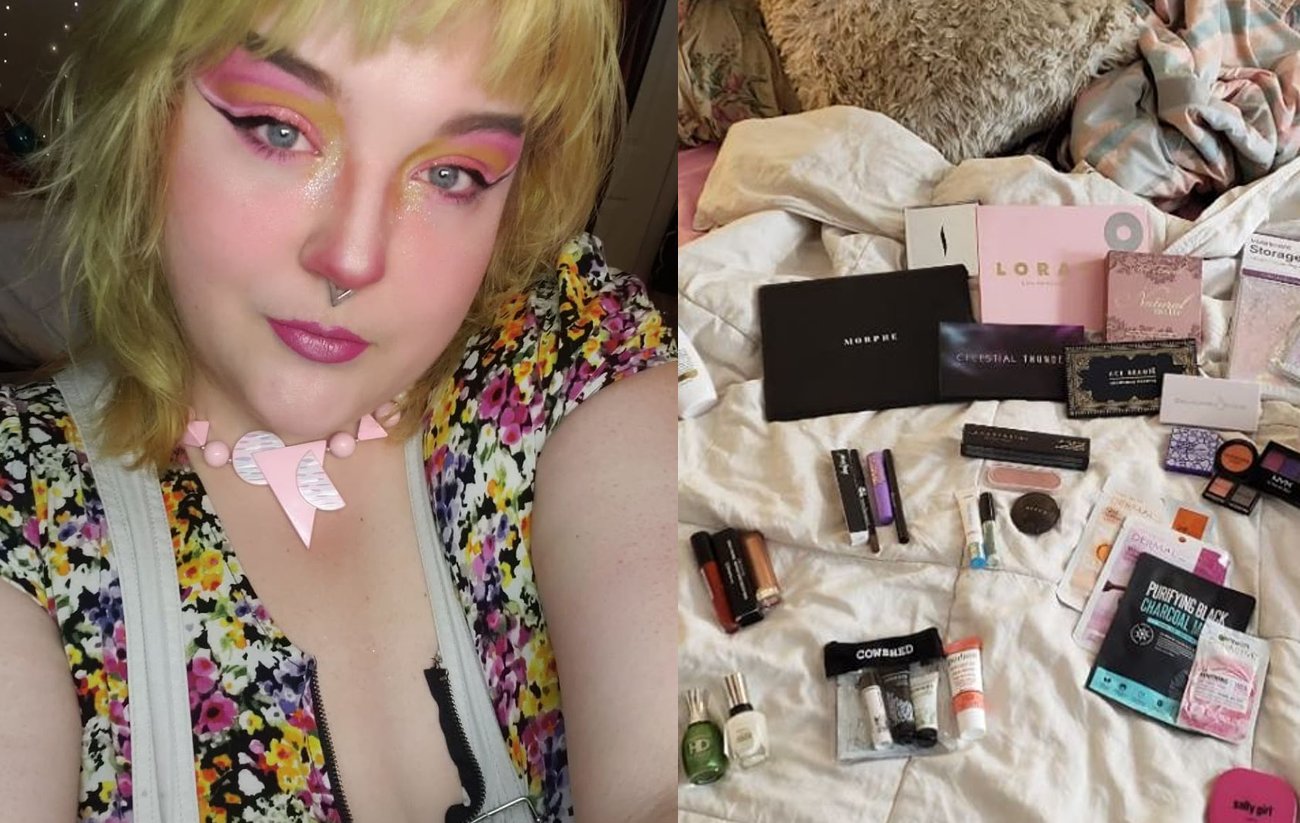 Bonnie Louise and the contents of one of their makeup boxes.
Courtesy
Posted Thursday, July 30, 2020 12:21 pm
Cole Tunningley

WEDNESDAY, July 29 — When quarantine hit, an epidemic of loneliness spread across the world. When life consists of nothing but Netflix, social media and the occasional trip to the grocery store, it’s hard to feel like a productive member of society. In fact, it can be hard to feel like doing anything at all.

So why put on a full face of makeup when there’s nowhere to go? Bonnie Louise, 24, who uses they/them pronouns, believes that makeup is a form of self-expression that should be accessible to everyone. It’s a way to feel different every day, even when you’re stuck inside. They started a non-profit program called Bonnie Louise’s Beauty Box.

The service exists to provide POC, queer and disabled people makeup free of charge. Louise came up with the idea after they experienced a personal tragedy.

“I got the idea because a friend of mine passed away from an overdose. I had all this makeup that I was going to send to her,” explained Louise. “I just wanted to do something in her memory that could help people going through the same things as her, the people who are oftentimes forgotten about.” Louise said they plan to keep some of the makeup they planned to send to her as a keepsake.

To gather more materials, they joined several makeup groups on Facebook and asked for donations. They also used the Supplemental Security Income they receive to help fund the program, thinking that it would only be right to use that money to help other marginalized people, “At first it was just me buying products, then word caught on. I started receiving donations,” said Louise.

Their partner helped them out with the products, though Louise admitted their partner isn’t as makeup-savvy as them. Instead, their partner made sure Louise didn’t send too many products in each box. “They’d say, okay, this is what you have left,” laughed Louise.

A typical box contains makeup essentials like eyeliner, blush, an eyeshadow palette, foundation and mascara. Louise said that they send out other essentials like shampoo and conditioner, body wash and clothing.

“I know when I put on a full face of makeup, I feel damn good about myself,” said Louise. “Like, wow, I look good today. I want people to have access to whatever they need.”

Louise’s makeup box service runs like a lottery. They enter applicants’ names into a random number generator or an app with a spinning wheel and post a screen recording of the drawing to their Facebook page to announce the winner. They said that they send every package first priority, and they typically arrive within three days.

They have considered moving the lottery to Twitter or Discord recently because of the toxic political environment on Facebook.

If one of Louise’s customers is more inexperienced with makeup, they said that they try their best to be accommodating. They send out simpler makeup, only the basics. And besides that, they include a list of instructions for how to apply the makeup and try to keep in contact with the person to figure out what makeup works for them.

“I have a lot of trans-feminine friends and am trans-feminine myself. If someone indicated that they aren’t well-versed with makeup, I give them a list of how to use the products, how to build on the eyeshadow, how to put on the mascara, the eyeliner,” said Louise. “I give them stuff that a beginner can use, so they can figure out how they want to look.”

Sending out free makeup boxes gave them a sense of connectedness and purpose during the drudgery of lockdown. “I just wanted to give back to the community that doesn’t have my opportunities,” said Louise. “Disabled people who can’t work, people of color who are constantly put under fire. I wanted to be an all-inclusive space for marginalized people who wouldn’t necessarily have the means to get these products.”