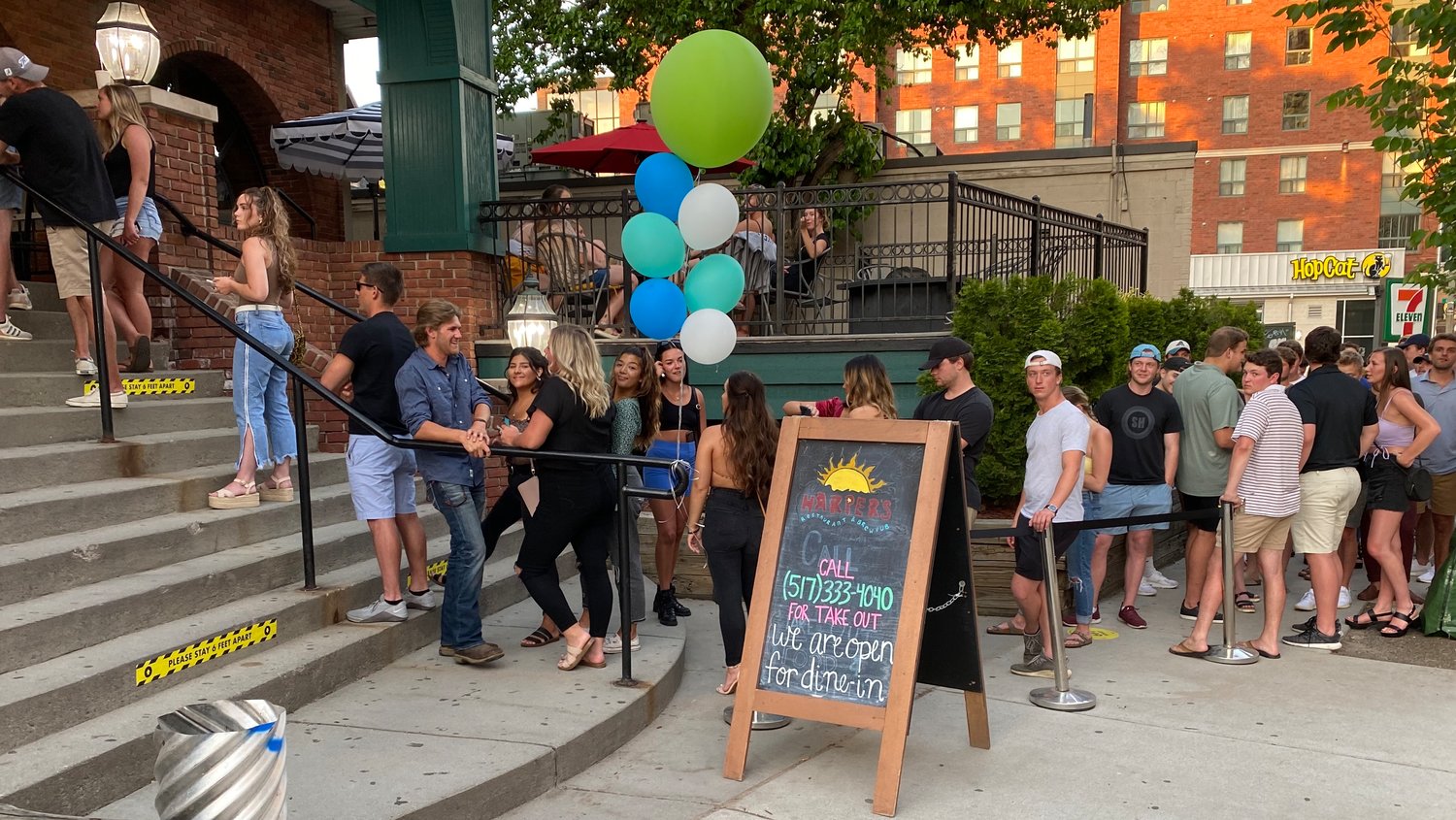 “It does seem that we are declining in new cases,” Vail explained at a weekly virtual press briefing with reporters earlier this afternoon. “The last exposure would’ve been on June 20. In general, I would say we’re probably getting to a tapering period with secondary cases as well.”

After an uptick in confirmed coronavirus cases was first tied to the bar’s reopening and subsequent closure last month, county officials have tracked a total of 174 cases to date. Vail said 141 of those cases are patrons or staff and at least 33 are from contacts of those patients.

And weeks later, with the East Lansing watering hole still shuttered, that particular outbreak appears to have done its worst, Vail said in response to questions from reporters on the topic.

“We may still have the occasional person that waited forever to get tested,” Vail said. “Some might have minor symptoms.” But the number of new cases tied to the bar has stagnated.

Vail’s office is also tracking three — albeit smaller — other outbreaks across Ingham County.

At least 10 inmates at the Ingham County jail have tested positive for COVID-19, she said today. Another 15 cases are tied to staff and clients at Riverfront Animal Hospital on Larch Street. Additionally, three employees at a Sprint store on Edgewood Boulevard have tested positive.

Vail said contact tracing has been especially difficult with cases tied to Harper’s, with many patrons dodging phone calls or refusing to speak to county contract tracers at all. She still encourages those who visited Harper’s for its reopening last month to get tested for COVID-19.

Visit michigan.gov/coronavirustest to locate a nearby testing facility.