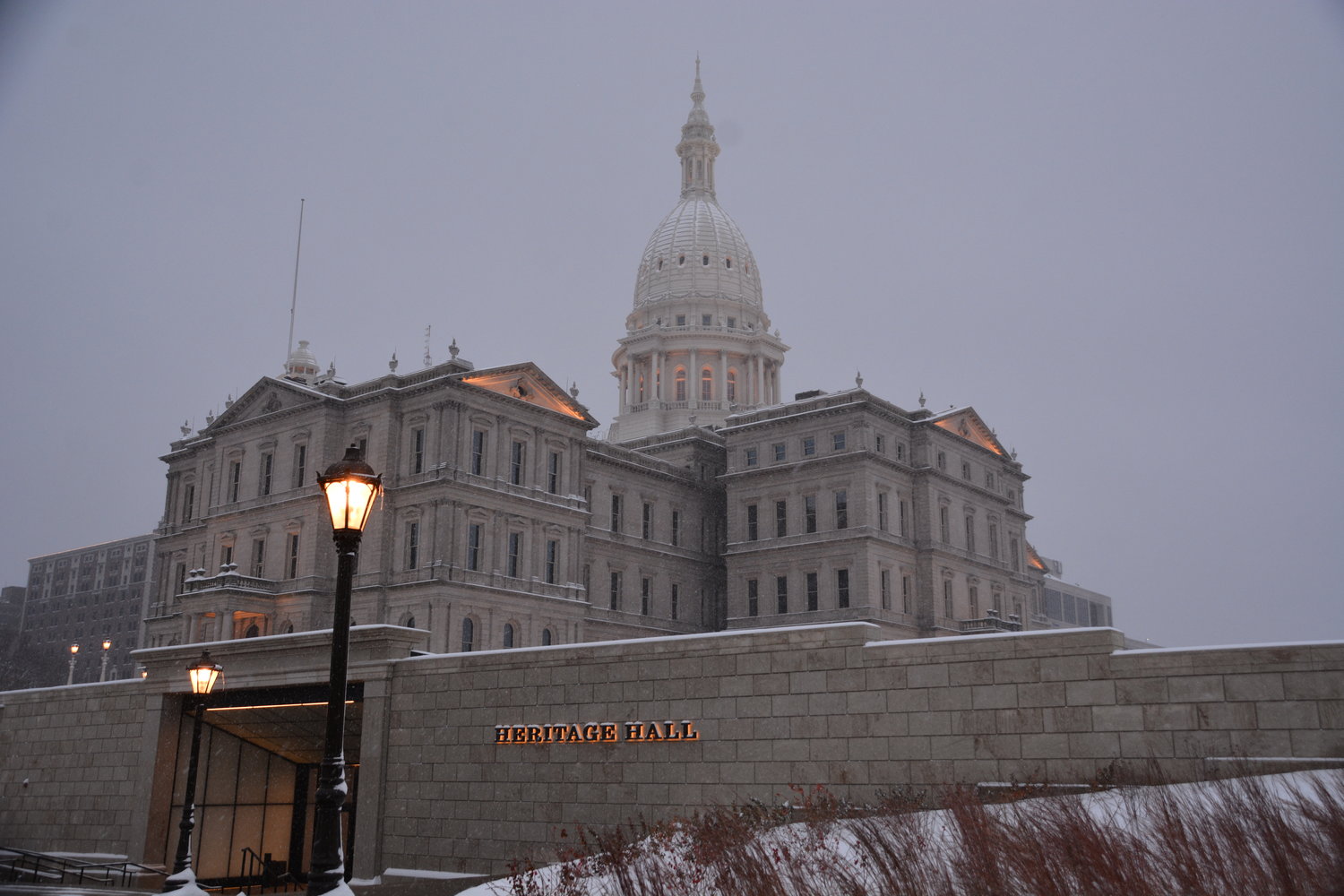 Heritage Hall, the Capitol’s new entrance and exhibit space, was created to preserve and teach the history of the building and the state at large. The site opened in the summer of 2022, with its formal grand opening Tuesday.
Bill Castanier
Posted Thursday, December 1, 2022 12:01 am
For more about Heritage Hall
An essay by historian David Siwik — Heritage Hall: Elijah E. Myers, Harriet Tenney and the 21st century  Story and photos by Bill Castanier

A look inside the Capitol’s Heritage Hall

Go deep. That was the answer to decades of handwringing and consternation regarding the construction of Heritage Hall, an addition to Michigan’s historic, Neoclassical State Capitol.

There was always a concern that an addition to the 143-year-old Capitol would detract from its beauty. The answer to that conundrum was to dig down two stories and bury the student orientation rooms and legislative meeting rooms below ground on the building’s north side.

“From the beginning, the goal was to make the new structure as unobtrusive as possible so as not to detract from the historic building,” said former State Rep. Joan Bauer, a member of the Capitol Commission, which oversaw the construction plans.

Bauer, who visits other state capitols as a hobby, said, “Many of the capitols have beautiful orientation and exhibit spaces.”

Now, the more than 115,000 students who take field trips to the Capitol as part of their history curriculums will have access to two orientation rooms and striking, interpretive historic displays laying out the history of the Capitol and the citizens who worked there. In addition, new bus drop-off locations will make the whole experience safer and more convenient.

The above-ground space west of the Capitol was previously used for parking. In the ‘80s, it was the site of a series of interconnected double-wide trailers that served as hearing rooms.

Heritage Hall, which was officially dedicated Tuesday, occupies 40,000 square feet and cost $40 million to build. Construction began in 2019, but COVID-19 delayed completion until this past summer.

Valerie Marvin, State Capitol historian and archivist, said 80 percent of the work on the Capitol was completed by Michigan-based companies.

“For the first time in 100 years, the Capitol is surrounded by lush green lawn providing the perfect and original setting for Michigan’s most important public structure,” Marvin said.

In this essay, historian David Siwik, who teaches Michigan history at Lansing Community College, takes a long look at the Capitol’s past and its role in preserving and teaching the state’s rich history.