City Council to consider application for tax incentives on Monday 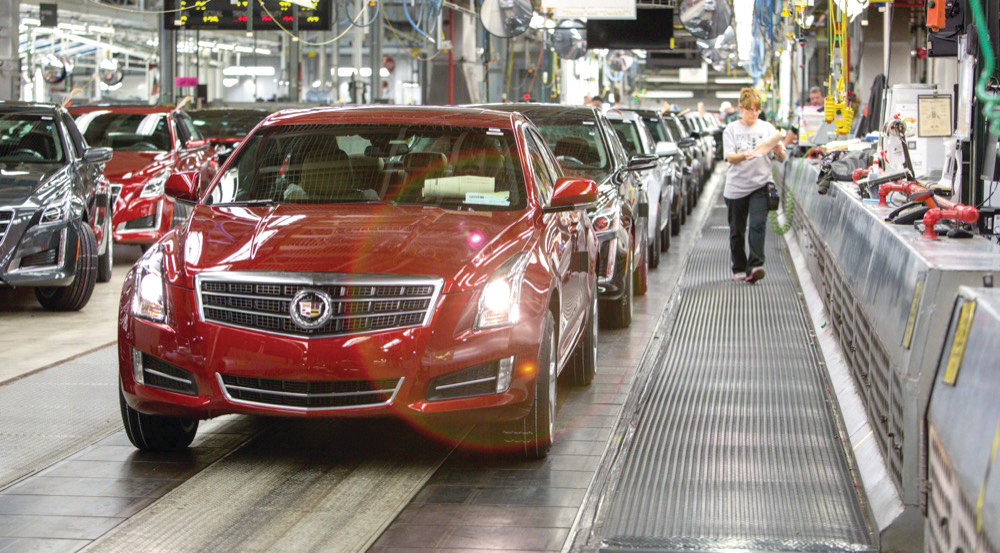 FRIDAY, Dec. 10 — General Motors plans to build a $2.5 billion battery cell production plant for electric vehicles in Delta Township that could create 1,700 new jobs in Lansing through 2026, according to an application for tax incentives submitted to the Lansing City Council this week.

An application to create a Michigan Strategic Fund Designated Renaissance Zone will be reviewed by the City Council on Monday, which includes a plan from General Motors to expand into a 590-acre site adjacent to its Delta Assembly Plant and build the new production facility.

The building is set to span about 2.5 million square feet and will primarily house equipment for electrode mixing, coating, assembly and formation of batteries for electric vehicles, according to the application. In addition to the creation of 1,700 full-time jobs through 2026, the project is also estimated to require more than 1,000 skilled trades and construction personnel to get it all built.

According to the application submitted to the Council this week: “The battery cell production facility will generate significant economic activity throughout Michigan, initially through the anticipated construction investment and construction jobs followed by new full-time battery cell production jobs. This proposed battery cell production facility, with important technology and over 1,000 new good paying jobs, will be a valuable addition to the Lansing region, as well as the State as a whole. Especially at a time when other states are aggressively working to attract this type of project, it is particularly important for this project to be located in Michigan.”

In a statement,  Mayor Andy Schor described Lansing as "the perfect location" for the facility.

"I will do all I can to win this new battery plant and bring these jobs and economic opportunities here. Our rich GM manufacturing history, our workforce, and our two current assembly plants make this area ideal for building the next generation of cars and the batteries needed to power them," he said. "Creating these good-paying jobs, billions in economic investment, and many jobs to build and support this new battery plant would be transformational for the Lansing region.”

A GM spokesperson said the automaker is in the "initial stages of considering the business case for a potential future investment at several locations," but would not comment further on the project plans in Lansing.

City Council President Peter Spadafore said the project will be formally introduced to the Council on Monday evening and the state application to enable tax incentives by declaring the site a Renaissance Zone will likely be set for another public hearing on  Dec. 20.

“This is an enormous opportunity to bring 1,700 jobs and billions of dollars in investment into our community and I’m going to do everything I can to ensure this all comes to fruition,” he added.

Lawmakers reportedly didn’t say how much money they put into the accounts, but some of it is likely to come from the $5.6 billion in discretionary federal COVID-19 pandemic rescue funds. And While proponents did not specify pending deals for which Michigan is vying, several told a House Committee that Michigan must stay competitive in the auto industry, AP has reported.

This year, General Motors announced plans to build four North American battery plants, including one in Ohio and another in Tennessee. The Lansing plans would be the third.

“Currently, the demand growth for (electric vehicles), along with GM's commitment to an EV future, warrants the consideration for a third plant of equal capacity,” the Renaissance Zone application reads, noting that average employee wages are expected to be at least $46,000 plus benefits. “For the community, it should offer an attractive level of diversity and new innovative types of opportunities. Given the growth and transformation of the EV market, the community stands to benefit from the brand and significance an operation of this nature provides.”

The Michigan Renaissance Zone Act allows businesses and residents to receive certain tax exemptions from most property and income taxes to encourage business and residential development in some of the state's most economically depressed areas. It would also exempt the facility from paying any local taxes for up to 15 years, according to the application materials.

Other tax incentives — like a facilities tax exemption — will also be sought on the project. The application also listed a need for various infrastructure improvements like road paving, street lights on Davis Road and Nixon Road, new street signage and stormwater piping fixes.

As part of the proposal, the city is also set to consider an extension to — and some possible amendments of — an Act 425 agreement with Delta Township that was originally signed in 2000 for GM’s Lansing Delta Assembly Plant. That agreement allows the city to provide services in exchange for splitting tax revenue with the township. The proposal introduced to the City Council is expected to be finalized on Monday and would extend the agreement through 2046.