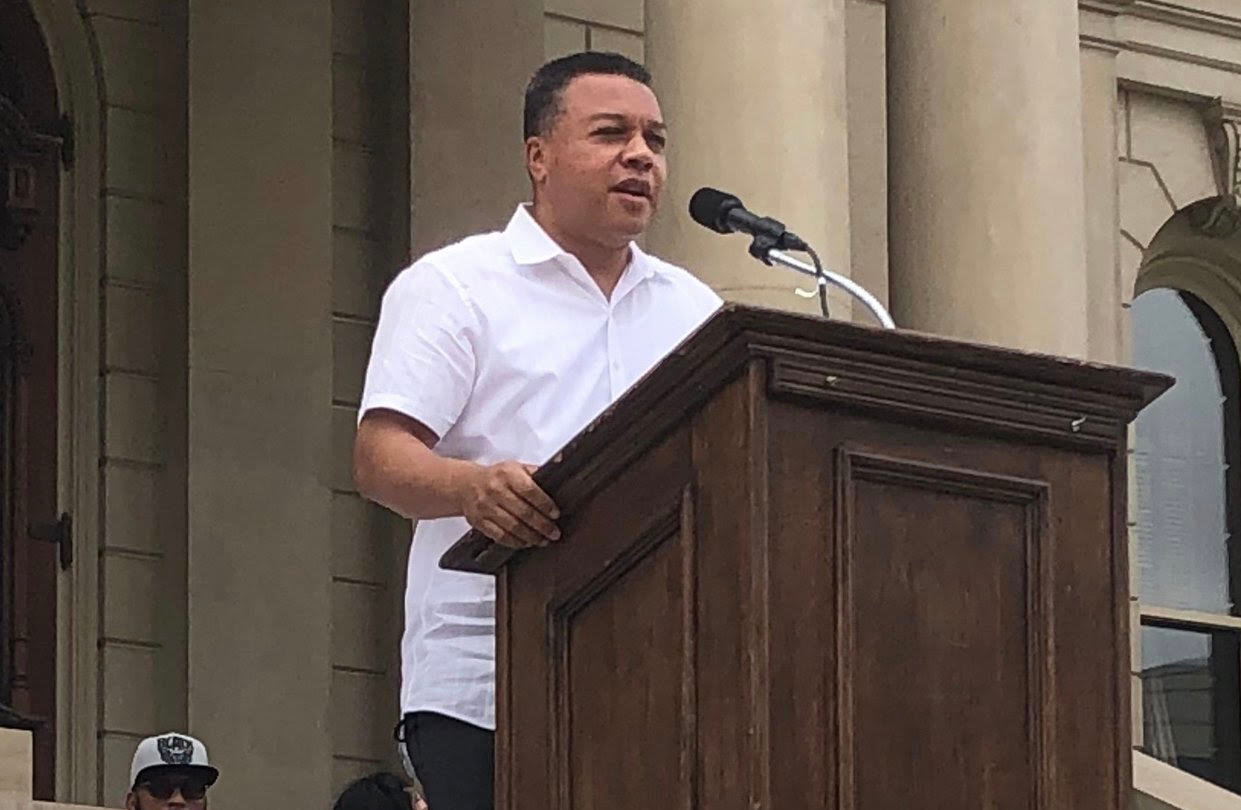 WEDNESDAY, July 1 — The Lansing Police Department will no longer initiate traffic stops for defective equipment violations amid an effort to curb police discrimination against Black citizens.

“The following new guidelines seek to strike a balance between community concerns relative to defective equipment violations while further addressing public safety issues on our streets and roads,” he said. “The guidelines are designed to enhance the decision making of our officers.”

Green said defective equipment violations have disproportionately impacted people of color in Lansing and accounted for about 15% of all traffic stops last year. Ending enforcement altogether inherently eliminates contact with drivers and mitigates the risk of bias, he said.

“I’ve heard from those in the Black community and in other communities of color that they are concerned that they can be pulled over by police officers for minor traffic offenses and are concerned about bias resulting from these traffic stops,” added Lansing Mayor Andy Schor. “One way to prevent this from happening is by ending these so-called pretextual traffic stops.”

With limited exceptions, all equipment and other regulatory violations — including inoperable license plate lamps and dangling air fresheners — are no longer grounds for a traffic stop in Lansing. Instead, officers will dedicate more attention to more serious traffic violations.

Failing to wear a seat belt, inoperable headlights after dusk, broken brake lights, expired license plates, speeding, careless driving and more are still a justifiable reason for officers to conduct a “primary” traffic stop, Green emphasized. And violations tied to more minor infractions can still be pursued in tandem with a primary stop.

“These traffic stops are instances where police pull over people or minor equipment failures or other offenses that don’t really affect public safety,” Schor said. “Police shouldn’t be pulling over people for broken tail lights or if someone has an air freshener hanging from their rear-view mirror. They should really only be pulling people only when there’s a public safety risk.”

Green said secondary traffic stops can still occur, but only in “extreme” situations.

The capital city, Schor thinks, is the first municipality in Michigan to adopt these “progressive” policies toward community policing. The decision was made in consultation with City Councilman Brian Jackson and “several” community groups, though Schor didn’t name names.

“Our community, especially those that have faced bias from police, want their city government to continually rethink policing,” Schor said. “This is an important step toward that goal. We’ve listened to the residents and now we’re taking action, and we’ll continue to review systems.”

In nearly 28,000 traffic stops in Lansing over the last three years, 33% of drivers were Black, statistics showed. African Americans make up about 22% of the city’s population. While less striking than other communities, that’s still a disproportionate impact. Officials acknowledge that.

Black drivers and passengers, once stopped in Lansing, are also statistically about three times more likely to get searched than white people. Green said secondary traffic stops — which can bolster that inequitable impact on Black residents — should help reduce some racial disparities.

“This policy will reduce the amount of unnecessary police contact with ordinary citizens that do not pose a threat to public safety and allows LPD to focus on other serious matters,” Jackson said in a statement. “There is still a lot of work that needs to be done with police reform.

At the end of August, officials will review traffic stop data to determine whether the new policies have made a difference in Lansing. Policies will be adjusted as needed after the first 60 days.

“Our objective and mission is one of public safety, and as such, we want our officers to spend more time on primary traffic violations,” Green explained. “This is only one of our first steps.”