UPDATE: Another faulty ballot drop box back open in Lansing 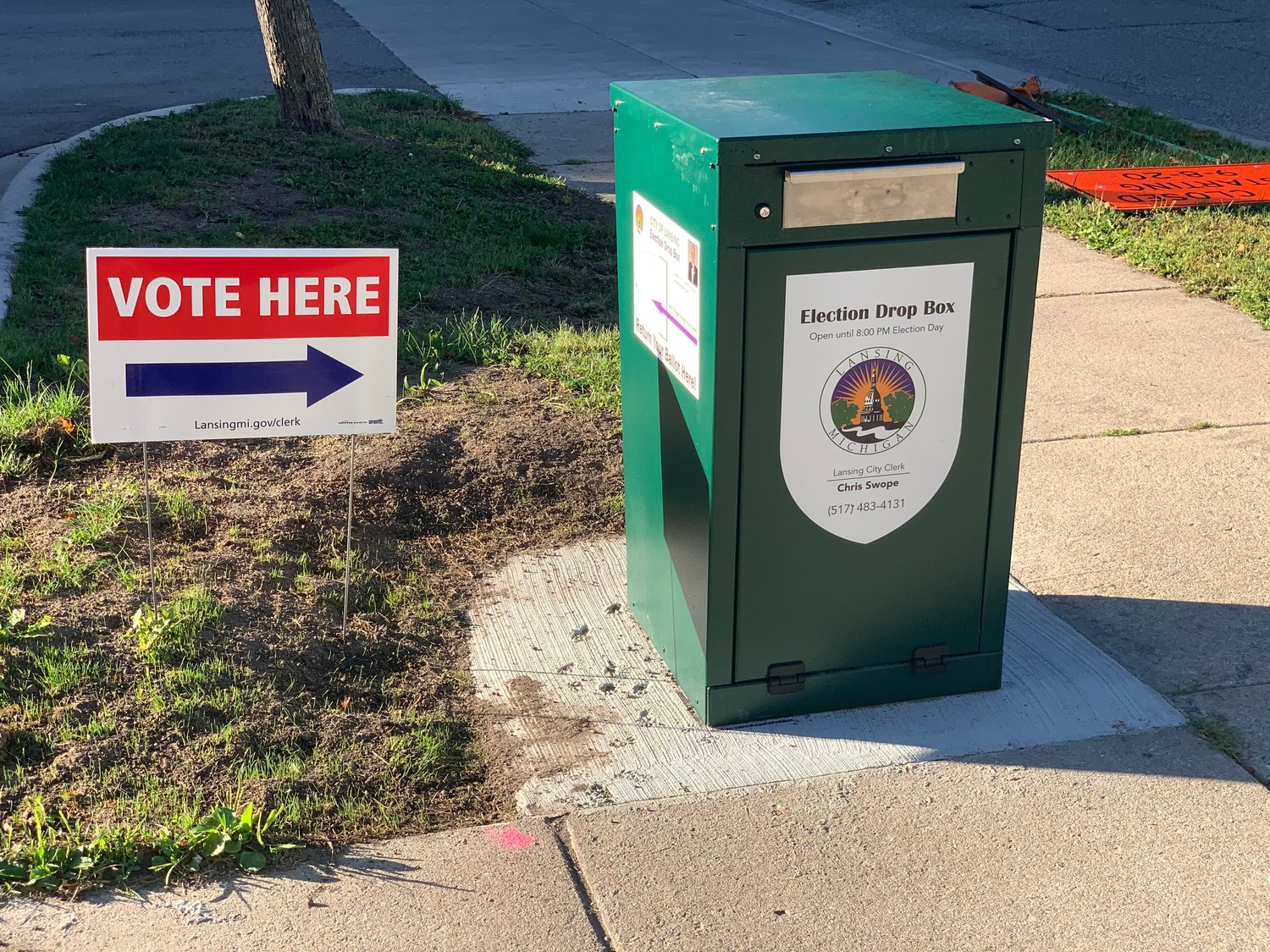 FRIDAY, Oct. 9 — Another defective ballot drop box in Lansing that was found ajar and then taken out of operation for maintenance is back open this morning following concerns echoed by the Michigan Republican Party over the security of mail-in votes ahead of the general election.

Lansing City Clerk Chris Swope tried to assure residents on Wednesday that all 15 local drop boxes had been locked and secured after a video circulated online last week that purportedly showed a ballot in the bottom of an unlocked drop box at the Foster Community Center in Lansing.

The video in question was shared Tuesday by the Michigan Republican Party, but Swope maintained that it was filmed a full day before the first mail-in ballots were distributed in Lansing. The alleged “ballot” in the video also does not resemble the format of Lansing mail-in ballots.

“These are safe, secure drop boxes that have been used in places throughout Michigan for many, many years,” Swope said. “We’re running a safe, secure election in the city of Lansing. Anything people are trying to do to discourage people from voting is a sad reflection on them.”

About two hours after Swope vouched for the secure nature of those drop boxes, however, that same box on Foster Avenue was again shut down for maintenance after election officials discovered it was still “locking and closing more poorly than we like,” a spokesman explained.

As a result, that drop box was closed from about 12:40-2:15 p.m. on Wednesday before maintenance crews could ensure the box was able to be properly locked. It’s now working “much better,” officials said. City Pulse also confirmed that the box was locked yesterday.

Again yesterday, another drop box was found unlocked — this time at City Hall. Officials said it was emptied at 10:45 a.m. but was discovered unlocked at 1:35 p.m. It was locked again today.

“I am very disappointed to have an issue with our election drop box,” Swope said. “I am appreciative that the individual who was testing the security of the drop box at City Hall called the office today, so that we could immediately respond and secure the ballots and drop box.”

Deputy Clerk Brian Jackson said elections staff were dissatisfied with the security of the lock mechanism on the back of the Foster Avenue box when they went to retrieve ballots, which prompted the temporary closure. Officials don’t have any indication that ballots were compromised at either site. Still, video footage will be reviewed for malicious behavior.

Swope said the GOP’s first video was published on Sept. 25 — one day before the first mail-in ballots even started arriving in mailboxes across the city of Lansing and well before election inspectors ensured all 15 drop boxes within the city had been secured and locked. The alleged “ballot” in the GOP’s video also does not resemble mail-in ballots that were sent out this year.

Swope shared a sample of a mail-in ballot that features a prominent green decal on the left side of the return envelope. The document shown in the video is clearly printed in a different format.

“I’d hope they’d acknowledge it’s clearly not a ballot in the drop box. The main issue that they’re raising is a red herring. I think that clarification is very important,” Swope explained yesterday.

Swope said the box was among several that had been recently installed across the city. The one at the Foster Community Center must have been accidentally left unlocked after installation. Election officials ensured it was locked tight before ballots started being sent, Swope said. Still, residents can click here to verify the status of their mail-in ballots for an added sense of security.

A message left at the Michigan GOP office was not immediately returned this week.