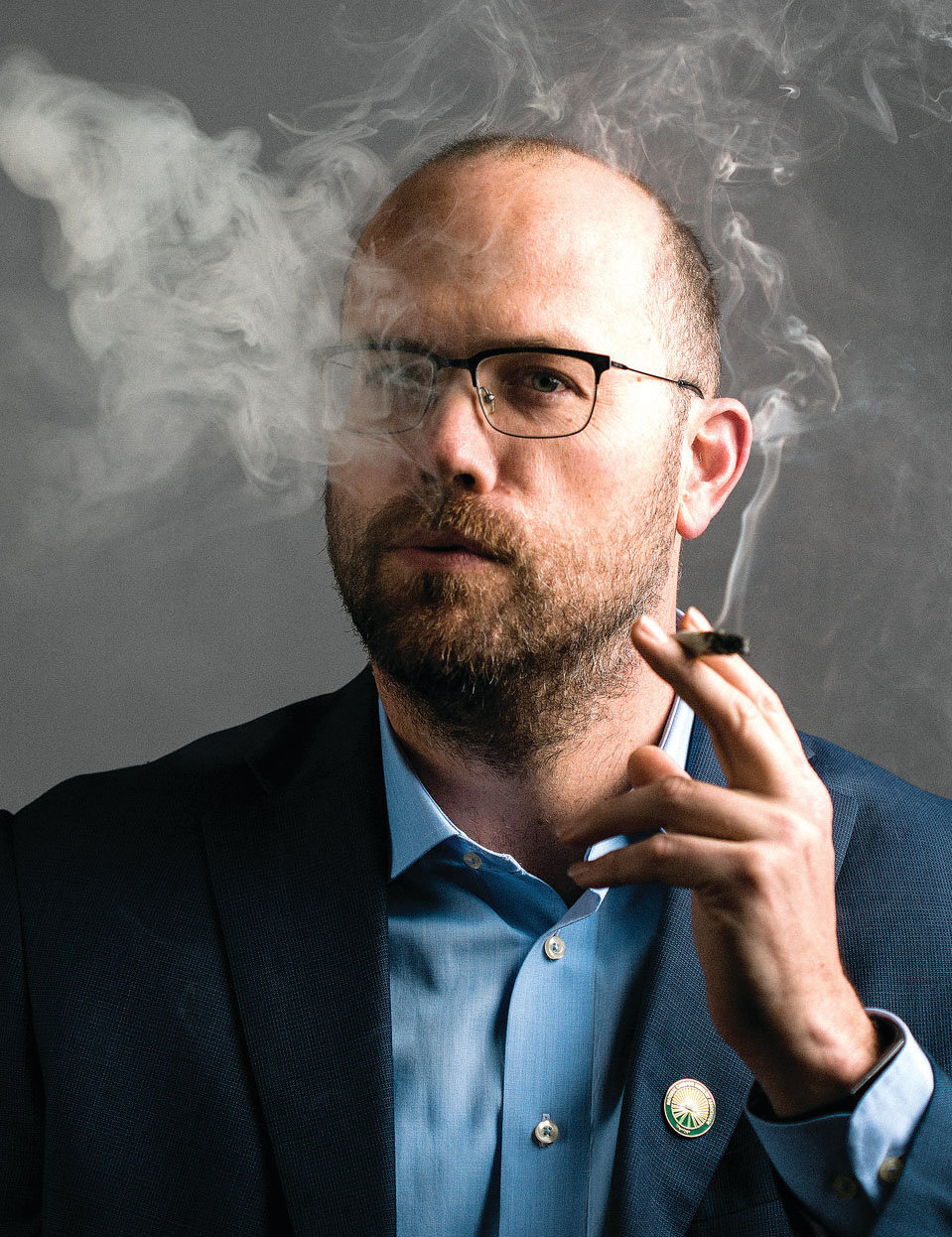 A new recreational and medical marijuana brand launches in Greater Lansing next week, and 10% of every sale will be dedicated to criminal justice reform and those imprisoned for weed.

“The idea, for me, is to feature the stories of our strategic partners and highlight their brands,” Basore told City Pulse. “The idea is not to be this big corporate brand where nobody knows what’s doing what and where these products are coming from. It’s kind of my dream job.”

Basore is the co-founder of the Michigan Association of Compassion Centers, the original Lansing Cannabis Association and Cannabis Patients United. He was among the first to grow and sell medical marijuana in Lansing, at Capital City Caregivers.

In 2009, he was arrested — along with six others known as the Okemos 7 — and federally charged amid a haze of unclear cultivation restrictions, but since his release from prison in 2015, he has remained at the forefront of the industry. He also served as business development director for the Michigan Cannabis Industry Association.

Redemption Cannabis Co. will serve largely as a middle man for the industry. In partnership with three licensed growers and a processing facility, Basore has signed licensing agreements to supply at least 25 dispensaries — including many in Lansing — with his signature products.

“I’ve got so many close friends that have stores now and others that I’ve built these relationships with over the years,” Basore said. “I’ve got to pick and choose where my products go. I know all of these people and I get an opportunity to work with the people I like and believe in what I do.”

Basore launched his company, in part, through a $50,000 social equity grant from Gage Cannabis Co. The Michigan retail chain plans to open a dispensary in Lansing on May 22.

And Basore’s time behind bars inspired the idea behind the charitable side of his business.

He said at least 10% of every sale will be redirected to a nonprofit that is geared specifically toward providing commissary cash to inmates serving time for marijuana-related convictions, helping prisoners once they get out and lobbying politicians for further criminal justice reform.

“I was in there for a few years, so I understand what it’s like,” Basore said. “I want to put money on people’s books and help them after they get out too. If you don’t have great friends, family and a support system, you can really be set up to fail after you get released. I want to help.”

Basore said his company would have launched months ago had it not been for the pandemic. His initial product packaging supplier in Wuhan, China, obviously experienced some delays. But after working out some alternative partnerships with local companies, the brand is finally ready to roll.

Redemption Cannabis Co. will provide an array of marijuana products in Lansing at local dispensaries. As part of a launch special, discounts may be available to those convicted of pot-related crimes.

Visit redemptioncanna.com for more details about Basore and his new company.