Saying goodbye to 'the grande dame of Lansing theater' 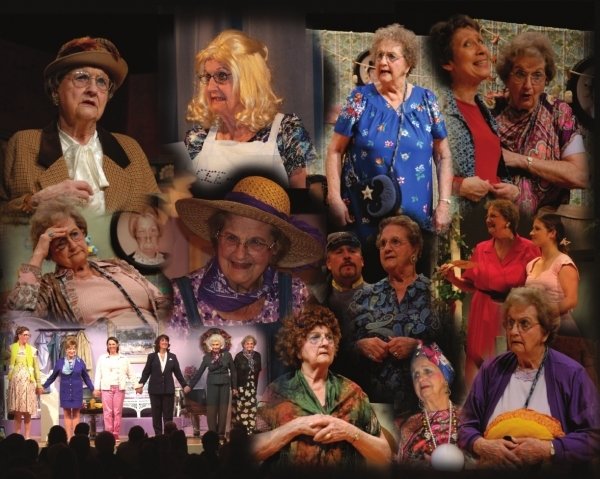 Posted Wednesday, June 26, 2013 12:00 am
Allan I. Ross
“A light has gone out in Lansing today,” Dick MacLachlan told the crowd that packed Okemos Community Church Tuesday morning. He was memorializing his mother-in-law and longtime Lansing community theater actress, Winifred B. Olds, among friends, family and members from the Lansing theater community. Olds, a 70-year veteran of the stage and local television screen, died on June 20 after complications from shoulder surgery. She was 88.

“She was the measuring stick of a headliner, and she will be missed,” MacLachlan added.

“I know how much theater meant to my mother and how much she meant to the actors, actresses and other theater members in Lansing,” she said. “It was her passion, and it’s wonderful to see how much she was embraced.”

Olds performed in over 40 local productions between 1942 and 2012 in addition to over a dozen directorial and production team credits. She also hosted the cooking show “The Copper Kettle” on WILX-TV from 1953-’56. In 2005, Olds won a Lifetime Achievement Pulsar Award, and in 2010 she received the Robert Busby Award for “Overall Contributions to Theater and Community.” Her final performance was in Starlight Dinner Theatre’s “Steel Magnolias” last year.

“She was a master of entrances and exits,” said her longtime friend Linda Granger, who directed her in “Magnolias.” “She just had this presence that made you pay attention to her. Sometimes when she appeared in a doorway, she’d have to wait for the applause to die before she could deliver her first line. It was magical.”

Her dramatic entrances were not confined to the stage. Dick MacLachlan shared a story about a trip Olds took to New York with some friends who found themselves cornered by a giant (hands held three feet apart) cockroach. Olds burst into the room, dispatched the beast with a heavy boot and chided the women for being scared with an “Oh, for God’s sake.” The church erupted in laughter.

MacLachlan said he was impressed at number of community theater members who showed up to visit Olds in the hospital in the days leading up to her death. He said she died surrounded by family.

“She had the most peaceful exit since (her late husband) Wes went three years ago,” he said.

At the service, Olds’ grandson, Dan Mac- Lachlan performed a cover of Leonard Cohen’s melancholy anthem, “Hallelujah,” accompanied by his acoustic guitar and a back-up singer.

The Rev. Jeanne M. Randels, who led the service, said that Olds’ flair for the theatrical extended as far as giving Randels notes on her sermons.

“She told me to position the microphone a little higher when I was speaking,” Randels said. “She said when it was in front of my face, it made it look like I had a clown nose.”

At the conclusion of the service, Granger led the church in a final standing ovation. Everyone stood and applauded for a solid minute, with the occasional “whoo!” livening it up. If the organ hadn’t kicked in, they probably would have gone on for another minute at least.

It was a fitting farewell.