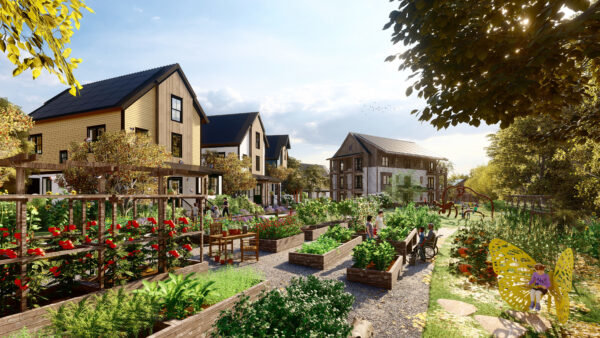 Digital rendering of residents of Veridian at County Farm at the community garden.
THRIVE Collaborative 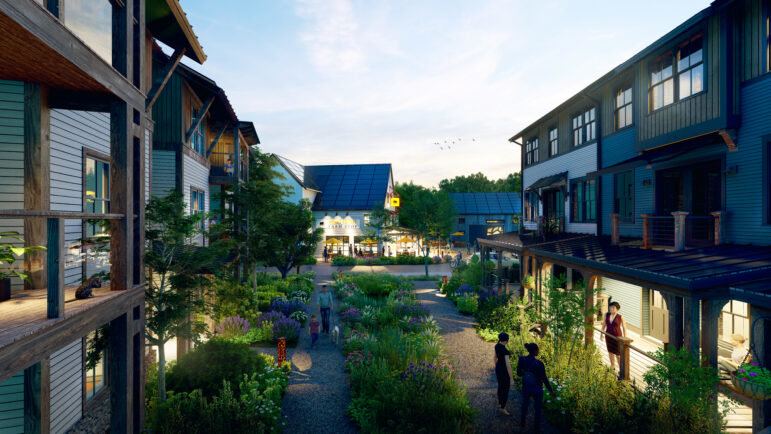 Digital rendering of residents of Veridian at County Farm near the Honey Locust Farm Shop in the neighborhood.
THRIVE Collaborative 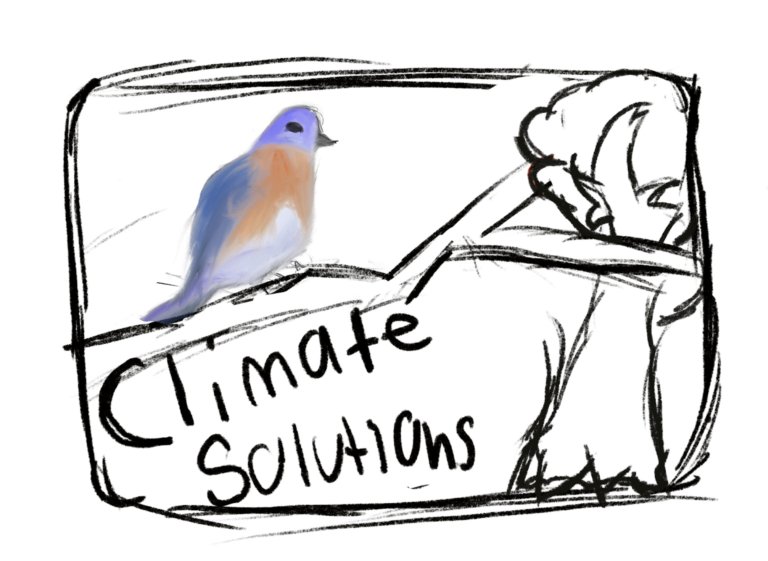 LANSING – An Ann Arbor developer is building one of the first 100% solar-powered, carbon-neutral and fossil fuel-free communities in the U.S.

The idea is to pioneer the creation of neighborhoods that limit their contribution to climate change.

“This is the way that neighborhoods have to be built,” said Matthew Grocoff, a co-founder of THRIVE.

The motivation is to build sustainability and fight climate change where he lives, hoping other communities will do the same, he said.

Sustainable neighborhoods like Geos Neighborhood in Arvada, Colorado, are growing in size and number in the U.S. But Veridian at County Farm says its project is unusual because it’s creating one of the nation’s first mixed-income sustainable communities.

Construction began in early 2022. People can move in by late this year. Sales prices are expected to be roughly $800,000 for a one-family home. That’s comparable to similar but more traditionally built new homes that cost about $1 million in Ann Arbor.

The more than 80 planned homes include 50 affordable housing rental townhomes that will rent for roughly $650 to $950 a month, said Marcia Luke-van Dijk, the director of communications and fund development at Avalon Housing.

Each home will have all-electric appliances powered by solar panels. They will be built with sustainably harvested wood, Grocoff said. The appliances and building materials will be free of toxic chemicals.

Missy Stults, the sustainability and innovations director for Ann Arbor, said, “No one should live in a home where their appliances are killing them where carbon monoxide or other poisons are being emitted.”

Grocoff said the neighborhood will also have its own microgrid to supply it with solar energy.

If the goal is to limit global warming to 1.5 degrees Celsius in 2050, people globally must start now to prevent temperature rise, Grocoff said

“If you believe that it’s too hard or it’s not possible, or that projects that have done this are outliers, then it’s easy to just go with what’s easy,” he said.

“We have very big plans to build more neighborhoods into the future and work with other builders and developers so that all homes in neighborhoods are built like Veridian,” Grocoff said.

THRIVE bought the site of a former youth prison for the project from Washtenaw County. The property is next to County Farm Park on Platt Road.

Stults said the project is exciting.

“This just makes sense,” Stults said. “Why in the world are we locking in old fossil fuel-based infrastructure when we could be investing in a clean and sustainable future?”

Solar energy doesn’t always make sense for every neighborhood, Stults said. If there’s a neighborhood filled with big trees, they shouldn’t be knocked down as they provide a service to that community.

And switching to solar power can be expensive, Stults said. Typically it takes 10 years before residents start to save money, Stults said.

The average cost of installing solar in Michigan is $12,000 to $20,000, according to Energy Sage, a solar energy company based in Boston, Massachusetts, and serving over 30 states.

But homeowners could save over $100,000 in energy costs over the span of a mortgage, or 30 years, Grocoff said.

Veridian is one of 17 projects from 11 countries around the world meeting the United Nations Sustainable Development Goals.

“We are on the verge of being able to eliminate concrete for our roads, which would eliminate somewhere between 650,000 to 1 million pounds of CO2,” Grocoff said.

CO2, or carbon dioxide, is a greenhouse gas that contributes to global warming. Limiting sources of carbon can be a marketing tool to attract buyers interested in sustainability, Grocoff said.

The development is part of the Living Community Challenge with the International Living Institute, a nonprofit organization supporting green projects. Grocoff said he hopes that by being a part of this program, his project will receive Zero Energy Certification.

But before labeling a project as zero energy certified, developers must verify they’re following the guidelines for certification. Under the guidelines, all of a building’s energy must be supplied by on-site renewables without combustion.

Once they’re approved, they can display the certification on their website and paperwork. .

Once some companies receive the certification, they stop making continuous efforts towards sustainability, Grocoff said.

He said THRIVE will always strive towards a green and healthy future, however. “We will not add gas appliances now and not ever”

The development will have a grocery store called Honey Locust Farm Stop and community gardens, and Grocoff said he hopes Veridian will have restaurants and schools with similar commitments to sustainability.

“Sustainability is being able to provide all the services that you need within a local area,” Grocoff said, and a sustainable future means local communities provide their own food, water and energy.

“It’s a neighborhood that should be attainable,” he said.