Defund police to embrace all pieces of Lansing’s security puzzle 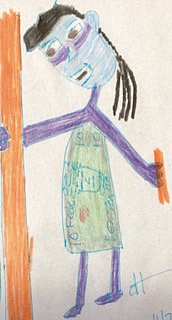 About mid-semester, this person showed up in my writing class at Lansing Community College. He was in 20’s, and he sat in the front row, the traditional place for smart students. But I did not know him. “Who are you?” I asked.

He might have posed the same question to me, except by the laws of spatial organization it was clear I was the one in charge because I was standing in front of the class. The location of things are important.

Joan Nelson knows this. The director of Lansing’s Allen Street Center on Kalamazoo Street oversees a farmers market, a food business incubator and a rapidly growing Veggie Box program. It all started with her being able to locate a large garden and a greenhouse —complete with  staff — on the east side of Lansing’s Hunter Park to create a food hub.

Nelson’s approach to building is a lesson that can help the city of Lansing. Instead of hiring another 20 police officers, the city should build on one of its other totally positive legacies: our parks.

Lansing has 111 parks. One hundred and eleven. That’s three numeral ones (111) standing together. The number of parks far outnumbers the parks and rec staff. Think skeleton crew. A bony-maronie total of 11 full-time staff. For 111 parks.

They flesh out their full-time team with six employees who work part-time throughout the year.  Add five workers who are seasonal. That’s 22 people to staff 111 parks.

Another 40 work on contract to provide summer programs such as camp, sports and community centers. That’s 62 people for 111 parks.

Crunch the numbers. That’s an employee-park ratio of about 1:2. That means the city has virtually no presence in the parks — except for the police, who respond when there are problems.

And there have been problems.

This year, two young men were killed by gunfire in Rotary Park, the newest park, on the Grand River downtown.

Consider Ferris Park, on Genesee Street. It has two basketball courts, and until the year 2019 young guys kept games going pretty much all the time. These guys ruled the park. Nobody official ever even dropped by Ferris except the police and the grass mowers. Now a decorated tree surrounded by candles marks how a beef that started in the park went way wrong, ending with a gun death.

The way our outdoor space is organized sends a message that anyone can be in charge, and the city chooses the police. As soon as the police show up in a space, they create a new meaning to events. They might say, “Nothing to see here,” but their presence says there absolutely is.

Pocket parks that brighten the neighborhood with swings, slides and benches compose most of Lansing’s beautiful park system. They rarely need supervision. But it would be effective in our busiest parks for patrons to see somebody show up sometime. Not just the cops.

A friend of mine often points out that the police come after the crime has been committed. To confirm how true that is, a Lansing State Journal map of shootings in Lansing shows that two fatal shootings happened on Michigan Avenue two blocks away from police headquarters.

Let’s talk more about Hunter Park, a beautiful rolling park of 13 acres, with the big garden and greenhouse, and a beautiful zero-depth pool and splash pad. Opened in 2009 at the cost nearly $1 million, it rivals East Lansing’s Aquatic Center. One of two municipal outdoor pools, and the only one operating, Hunter Park pool in 2018 was more closed than open. Sometimes the chemicals were out of balance. Sometimes a poopy diaper polluted the pool. That happens when some of the 75 people allowed in at any one time are babies.

But other times security was the problem. I saw the white security guard argue with 10-year-old Black girls until both were hollering and screaming.

One day, I arrived to find the pool closed and a Lansing Police patrol car present. I was exasperated. So was the Black police officer who told me, “They call us for everything. I wish these people would learn how to manage the pool.”

Parks and recreation director Brett Kaschinske told me that he didn’t think the police came to the pool “a lot.” Even one police response to a public pool is “a lot,” I think. It’s a matter of getting the right people in the right place. A change of pool security staffing in 2019 turned the pool experience great again.

Police can’t solve every community problem. Maybe we need the five cops the federal government is willing to help fund. But the feds also sold armored tanks to U.S. city police, so it’s not really looking a gift horse in the mouth to criticize. Do we need 15 additional police when parks and rec right now can only pay the additional 40 workers it needs about $11 an hour?

Police officers are a valuable and dear resource to residents. I know. I am from a Detroit police family. Don’t misuse sworn, armed police by having them the only officials in 111 parks.
More police are justified by the Broken Windows theory. This theory says that visible signs of disorder and misbehavior encourage further disorder and behavior. The Broken Window theory was often used to defend zero tolerance approaches and aggressive policing such as New York City’s “Stop and Frisk” program when Rudy Giuliani was mayor. It’s since been discredited for criminal justice.

However, as recently as 2016, the Broken Windows theory came into play in a Philadelphia initiative that repaired abandoned properties and transformed vacant lots into community parks in high-crime neighborhoods. The result was a 39% drop in gun violence.

Lansing is way ahead of Philly. Our parks can help antsy people relax as the pandemic lingers and threatens to extend. To promote the police as the only path to safety is an effective political ploy, but how Lansing manages parks is an example of how badly Lansing needs to defund the police and fund other jobs. Defund the police is about getting more options in government responses. Not just cops.

(Dedria Humphries Barker, a Lansing resident, chairs the Andrew and Mary Jane Humphries Foundation and wrote a book about education for girls, “Mother of Orphans: The True and Curious Story of Irish Alice, A Colored Man’s Widow.” Her opinion column appears on the last Wednesday of each month.)