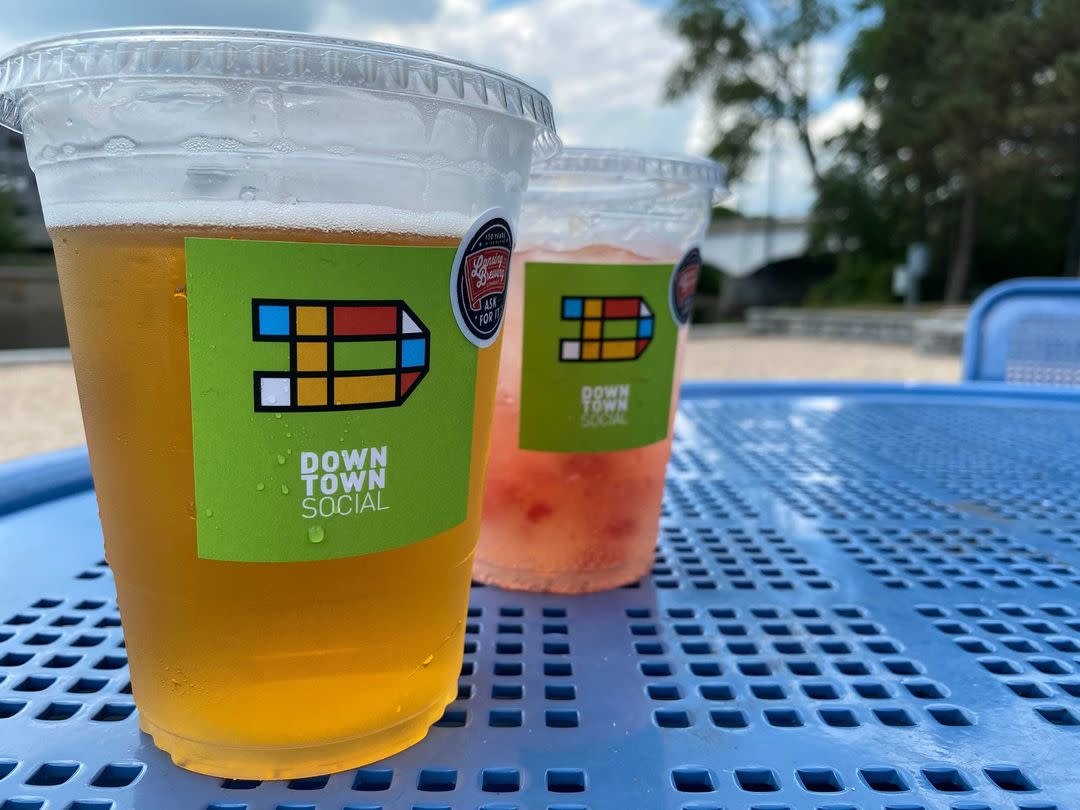 TUESDAY, April 12 — Sidewalk booze is now a permanent staple of the Capital City after the City Council voted 8-0 to eliminate the expiration date on designated “social districts” in which certain local bars and restaurants can serve to-go cocktails for guests to consume outdoors.

A resolution passed by the Council last summer enabled plastic, carryout cups of beer, wine and other alcoholic beverages to be legally consumed across three distinct zones in Lansing — for the first time, opening up dozens of local sidewalks, alleyways and other outdoor spaces for public displays of intoxication across portions of downtown Lansing, REO Town and Old Town.

The initial plan, which had been in the works since the COVID-19 pandemic arrived in Michigan, was geared toward expanding capacity for entrepreneurs stifled amid indoor dining restrictions and set a clear expiration date of Dec. 31, 2022 — at which point, city officials planned to decide whether to keep them around. But in part because the districts were so popular last summer, the expiration date has now been eliminated altogether: The booze districts are here to stay.

“There was a change in state law that allowed these districts to exist indefinitely, so we worked to remove that sunset and to do that here,” said Councilman Peter Spadafore. “They’ve been wildly successful. We’ve not heard any complaints or issues, so we’re going to keep it going.”

The social districts allow up to 33 licensed bars, distilleries, breweries and restaurants to sell booze poured in special cups that can then be consumed in shared outdoor common areas. Those mostly include sidewalks along Washington, Michigan and Cesar Chavez avenues, other adjacent side streets, all of Rotary Park and a large swathe of the downtown Lansing River Trail.

Cathleen Edgerly, executive director of Downtown Lansing Inc., told City Pulse last year that the districts will allow local watering holes to split the cost of outdoor entertainment, attracting customers to the city in a more socially distant fashion. Similar concepts are in place — and also set to continue indefinitely — in other Michigan cities like Kalamazoo and Grand Rapids.

The Council has long emphasized that it has no intention of broadly lifting ordinances on open intoxicants, only allowing them to be consumed in districts with signage and marked boundaries.

The to-go cups can also only be sold until 10 p.m.  weekdays and midnight on weekends. Tents, lighting and loud speakers with music will require additional approvals from the city. Dogs will be allowed within the districts, but leash laws still apply. Additional trash and recycling cans have also been set up by commercial organizations that represent each of the social districts.