Could 'The Loft' come back? 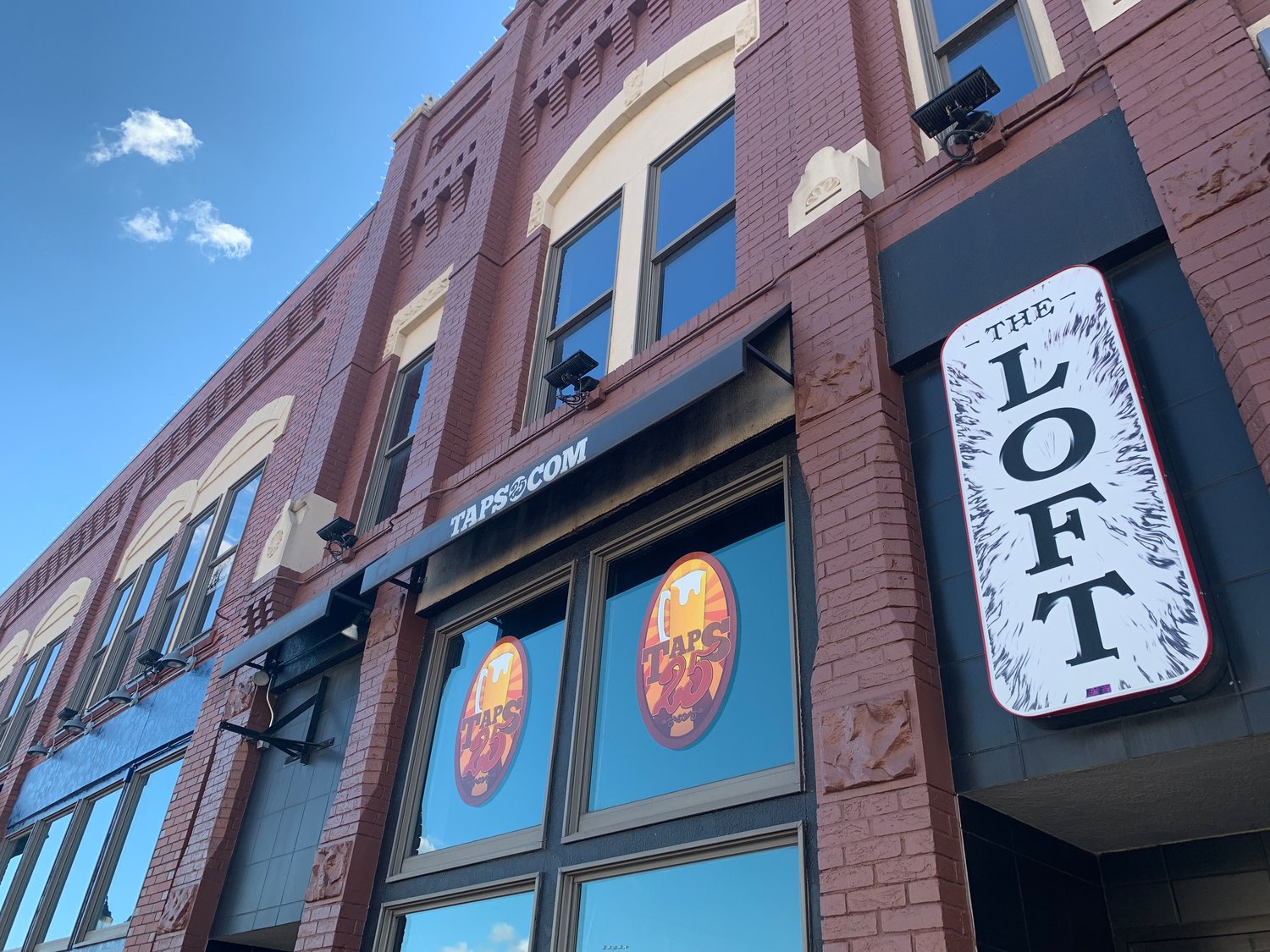 The Loft's Facebook page posted and deleted a post on Aug. 3 that it was closing due to financial hardship.
Kyle Kaminski/City Pulse
Posted Thursday, October 8, 2020 12:18 pm
SEAN BRADLEY

THURSDAY, Oct. 8 — Roy Kirby has a permanent scar he obtained from playing at The Loft.

He and his bandmates in the band Jenn’s Apartment played the 400-person-capacity venue last year, and Kirby, the guitarist and lead singer, rocked a little too hard.

Attempting to jump from the drum riser, he fell.

“I managed to fall down on stage and busted a hole in my shin,” Kirby said.

The scar is one way Kirby remembers the venue that he and his band played at numerous times and where he saw concerts by bands such as Against Me! and Save The Day.

“Facility-wise, there’s just not any other buildings that could sustain a bigger national act the way The Loft could,” Kirby said. “Hopefully someone will pick up the torch of the place once there’s more sustainability in the industry.”

The Loft closed in March because of the pandemic. Property owners and operators of the shuttered venue remain tight-lipped about its future.

The venue’s Facebook page said Aug. 3 that it was closing due to financial hardship.

However, the statement was quickly taken down the same day.

Since that time, questions have remained about the status of the venue, but those involved with it are not entertaining any questions.

“No comment, man. We didn’t respond for a reason,” said Scott VanGilder on Sept. 30. VanGilder is listed on The Loft’s still-active website as a special events booker, and works with The Loft business owner and entertainment booker Jerome White in a separate business called Media Advantage. A call to White last week was not returned.

Additionally, attempts to reach the property’s owner, Doug Johns, via phone and email were unsuccessful. Johns owns 414 Entertainment, which includes Duke’s Saloon, Tin Can, Taps 25, and The Loft.

A cabaret license with the City of Lansing taken out by 414 Entertainment for the property at 414 E. Michigan Avenue expires May 1, 2021, according to public records. The city’s website defines a cabaret license as one used “for any public place where music or dancing privileges or any other entertainment, is afforded to patrons in connection with the servicing or selling of food, refreshments or merchandising.”

But the venue, which opened in April 2010 and has hosted more than 1,700 concerts, remains closed.

“Our industry has been hit hard with the COVID-19 pandemic and, unfortunately, we don’t have the means to see it through,” said the Aug. 3 statement.

Other bands and artists, such as Every Time I Die, Macklemore and Ryan Lewis, and Lord Huron, have played there to capacity crowds, while other events such as standup comedy by Hannibal Buress and Doug Stanhope have also occurred there.

“We are very thankful to the musicians and performers, promoters, staff, fans and anyone else we encountered along the way. You all are the reason live music graced our stage for over a decade,” The Loft’s statement read.

Jason Marr has played The Loft numerous times in many bands in Lansing, including Young Pioneer (now known as TIOLI), Lights and Caves, and Elliot Street Lunatic, which sold out the venue in 2012 for a concert for their sophomore CD release, “Ghost Town Lullabies”.

“My favorite thing about The Loft was not playing there but the amount of relationships I've taken from that place,” Marr said. “Everybody there was just an incredible person.”

“That was definitely our hometown venue. We’ve played other venues in Lansing but The Loft was the one most equipped for the kind of crowd we could bring in,” said Alfonso Civile, singer in Heartsick.

Civile also booked other metal bands for concerts at the venue.

“We always had comments (from fans) like ‘I saw my first concert at The Loft’” he said.

The venue’s impact on music and the city itself was “huge,” Civile said.

“The impact has been huge because Lansing between the years of 1999 to 2009 had really been struggling with a large venue that was specifically for and only for events like concerts, like rock concerts and hip-hop concerts that were sustainable.”

He mentioned venues such as The Small Planet, and the Silver Dollar Saloon, that have long been closed.

The Loft’s shuttering due to COVID-19 is not an isolated incident.

Venues of all sizes across the country have been closed since the spring and many have been forced to permanently shut down because they have not been able to host concerts which, for many, is a primary source of income.

Marr said he is worried about the future of local music without venues to play.

“The future of Lansing with no Loft and no Mac’s Bar, I’m really worried about it,” he said. “The Loft not being there anymore is going to hurt the local music scene.”

A nationwide list of venues closed due to the impact of COVID-19 compiled by Billboard does not include any venues in Michigan as of Sept. 28.

Beginning Friday, most non-residential indoor venues in Michigan can host events as long as fewer than 20 people are spaced 1,000 square feet apart and they are wearing face coverings, according to an executive order signed last month by Gov. Gretchen Whitmer.

Also, performance venues and stadiums can operate at 20% seating capacity. These events must limit capacity to 500 people in the largest indoor venues.